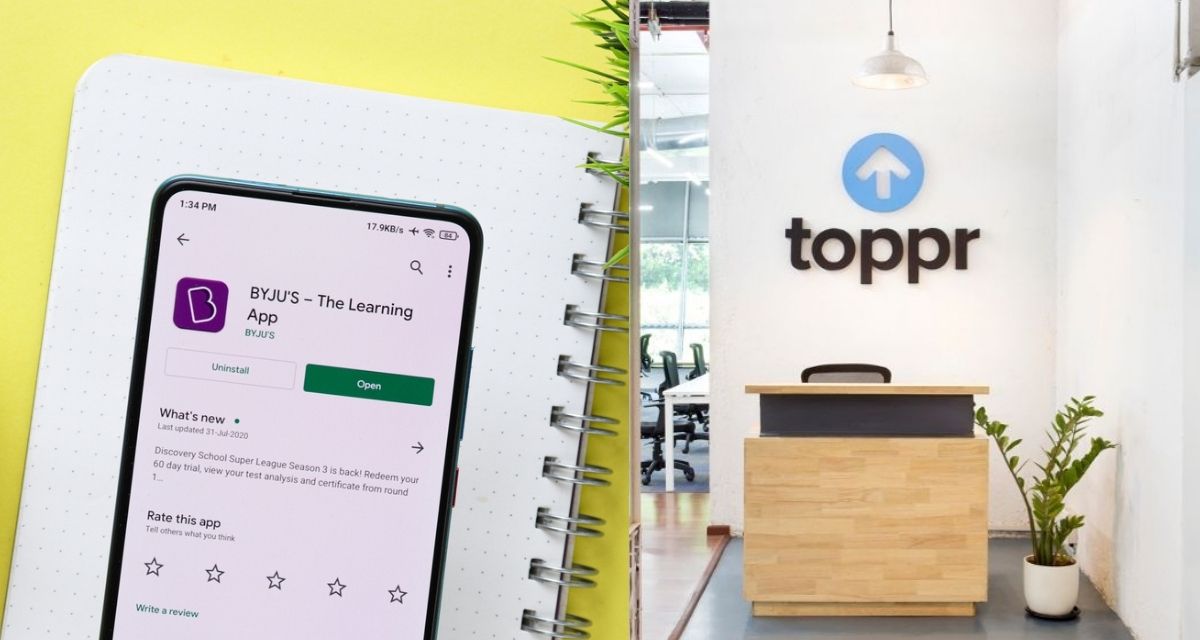 Mumbai-based Toppr is said to have a user base of 16 Mn, with major traction coming in from Tier II and III regions

BYJU’S added 25 Mn users in 2020, increasing its user base to 75 Mn, while it also operates coding platform WhiteHat Jr, which is also entering maths courses

The Toppr acquisition will further consolidate the edtech market, and make it a three-horse race between BYJU’S, Unacademy and Vedantu

Bengaluru-based edtech giant BYJU’S is continuing to go big on acquisitions, with plans to acquire Mumbai-based Toppr for more than $150 Mn. The deal is expected to be announced soon as the talks are at the closing stage.

This will be the third biggest acquisition carried out by BYJU’S after it entered two massive M&A  deals in the recent past.

In August 2020, it previously acquired coding for kids startup WhiteHat Jr for $300 Mn and then in January this year, it acquired brick-and-mortar test preparation company Aakash Educational Services for $1 Bn. The acquisition of the Toppr will further consolidate the edtech market, and make it a three-horse race between BYJU’S, Unacademy and Vedantu

Fellow edtech unicorn Unacademy has also been on the acquisition path to scale and expand. The company has acquired six companies till date, including PrepLadder for $50 Mn, test prep platform Kreatryx for GATE and ESE segments, Union Public Service Commission (UPSC) test preparation platform Coursavy, and Mumbai-based competitive programming platform CodeChef as well as NeoStencil. In 2021 too, the company would be looking to acquire two-three startups, to penetrate deeper into the edtech market.

The Mumbai-based startup had last raised $46 Mn in Series D from UAE-based family investment office Foundation Holdings, at an undisclosed valuation. In February 2018, Toppr’s valuation stood at $60 Mn after it had raised an undisclosed sum from Axis Capital Partners.

Like BYJU’S and Unacademy Toppr has a range of offerings in the edtech domain such as K-12 learning, competitive exam preparation as well as coding classes. The company claims to be using artificial intelligence (AI)-based machine learning algorithms to personalise learning paths for every learner.

In the third quarter of the calendar year 2020, Toppr had witnessed a 100% growth in the number of paid subscribers as well as a 100% spike in revenue between September 2019 to 2020. The company, which has more than 16 Mn users on its platform currently, claims that about 72% of its users during the Covid-19-induced lockdown came from Tier 2 and Tier 3 cities.

As for Unacademy, its user base grew 3X to 40 Mn between March to November 2020. The company now has about 350K paying subscribers and more than 47K educations on its platform, teaching in over 14 Indian languages across 5K cities. Vedantu, on the other hand, has claimed that it recorded a growth of 220% during lockdown with more than 2 Mn students attending live classes and teachers delivering 8 Mn+ hours of live classes.

“We have noticed a 50% growth in traffic even though most of the school exams are over and a 50% growth in the time spent across all modules. The highest growth has been on the Ask Doubts module where over 35% of the doubts are cleared by bots. We are pleased to see the increase in enrolment from tier-II and tier-III cities and expect further traffic from them in 2021,” the company’s CEO Hayath had previously said. The company aims to get about 100 Mn users in the next three years.

is a slowdown really coming? – TechCrunch