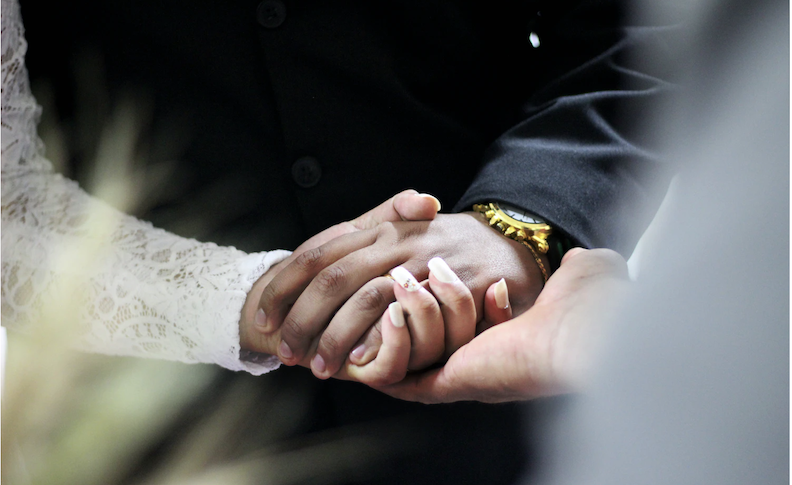 Marriage is so beautiful that it sounds utterly cruel for anyone to be denied the right to one. But what happens when either of the party is a day-crosser in the UK? Would the power of love win over the law? Read on to find out the answer.

The news of the UK’s exit from the EU is all but a general notice by now. Like every other area, laws concerning getting married in the UK now sort of have a tighter grip.

There is general knowledge that several undocumented immigrants seek to get married to have a better chance of avoiding deportation. Such marriages are referred to as sham marriages.

A point worthy of note is that the UK government considers a sham marriage as a criminal involvement. Moreover, any tried and confirmed case of such would lead to the deportation of the erring partner.

As a result, foreign nationals must pass through a screening process. One such is the documentation at the registry for the notice of marriage.

The notice of marriage requires the day-crosser and intended partner to provide documents such as:

As you can see, these requirements are a show stopper for any illegal immigrant planning to marry. Seeking to circumvent the process by any means could bring down the much-feared sanction of deportation. The best action an illegal immigrant can take is to try legalizing their stay.

What makes a person’s immigration status illegal does not always imply they were stowaways. An expired visa could earn a person that status as well.

If they must marry, they must take steps towards regularization. By this, we mean making right the immigration status. The UK government has several cases they can consider to give grounds for a stay either temporarily permanently. Such include:

Meanwhile, it is best to seek the help of immigration solicitors such as those based in Liverpool. They have the experience to give legal advice to people in such a dilemma and increase their chance of getting a legal immigration status.

Love knows no boundary and distance. The UK law doesn’t dispute this and that is why it has a standard process for citizens to have their partners come over.

Foreigners are expected to apply for the civil partner visa to meet with their partner for marriage. However, the marriage must not be more than six months after the arrival of the relocating party.

But the said visa doesn’t come without some conditions to be fulfilled. They include:

Can an Illegal immigrant marry in the UK?

Without mixing words, the chances of an illegal immigrant getting married in the UK is next to nothing if their immigration status doesn’t change. There are several checks in place to make it doesn’t happen.

Did we fail to mention the Home Office drill? So, even if by some luck they scale through the Registry office, there is still the Home office to face. The office launches an investigation into the marriage to determine its authenticity. At this stage, many covers blow away with ease.

There is no arguing that Whereas many succeeded in doing so in the past, you must remember that those were ancient times.

There may be reasons to sympathize with an unauthorized immigrant, but it is cogent to respect the laws of the land. Hence, any immigrant that wishes to marry should first seek lawful ways of making their stay legitimate. Marriage may be a matter of the heart, but it garners no sympathy from the law if its arrangement goes against it.

How to break into Silicon Valley as an outsider – TechCrunch

Business Psychologists And Their Role

Why You Should Refurbish the Office