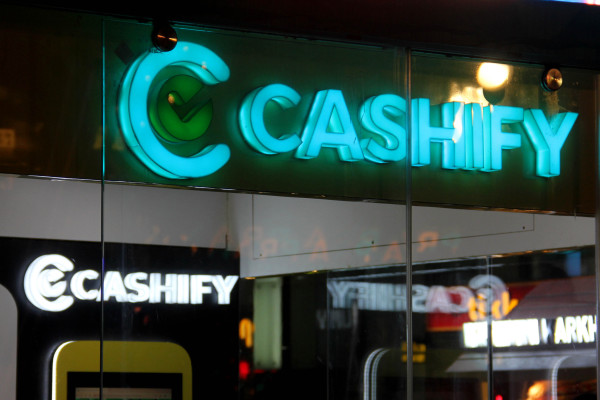 Tens of millions of people each year purchase a second-hand smartphone in India, the world’s second largest market. Phone makers and giant online sellers such as Amazon and Flipkart are aware of it, but it’s too much of a hassle for them to inspect, repair, and resell used phones. But these firms also know that customers are more likely to buy a smartphone if they are offered the ability to trade-in their existing handsets.

A startup that is helping these firms tackle this challenge said on Thursday it has raised $15 million in a new financing round. New York-based Olympus Capital Asia made the investment through Asia Environmental Partners, a fund dedicated to the environmental sector. The five-year-old startup, which counts Blume Ventures  among its early investors, has raised $42 million to date.

Cashify operates an eponymous platform — both online and physical stores and kiosks — for users to sell and buy used smartphones, tablets, smartwatches, laptops, desktops, and gaming consoles. 90% of its business today surrounds the smartphone category, explained Mandeep Manocha, founder and chief executive of Cashify, in an interview with TC.

“For consumers, our proposition is that we make it easy for you to sell your devices. You come to our site or app, answer questions to objectively evaluate the condition of your device, and we give you an estimate of how much your gadget is worth,” he said. “If you like the price, we pick it up from your doorstep and give you instant cash.”

A few years ago, I wrote about the struggle e-commerce firms face globally in handling returned items. There are many liability challenges — such as having to ensure that the innards in a returned smartphone haven’t been tempered with — as well as overhead costs in reversing an order.

Manocha said that phone makers and e-commerce firms have found better ways to handle returned items in recent years, but they still lose a significant amount of money on them. These challenges have created a big opportunity for startups such as Cashify.

In fact, Cashify says it’s the market leader in its category in India. The startup has partnerships with “nearly every OEM” including Apple, Samsung, OnePlus, Oppo, Xiaomi, Vivo, and HP. “If you walk into an Apple store today, they use our platform.” For consumers in India, if they opted for the trade-in program, Apple.com also uses Cashify’s trading platform, he said.

The startup also works with top e-commerce firms in India — Amazon, Flipkart, and Paytm Mall. The firms use Cashify’s trading and exchange software, and also rely on the startup for liquidation of devices. The startup then repairs these gadgets and sells the refurbished units to customers.

“Essentially, whether you come directly to us, or go to popular e-commerce firms or phone OEMs, we are handling the majority of the trading,” he said. Even if a customer trades in the device to OEMs, or e-commerce firms, these companies sell the device to players like Cashify, which serves over 2 million customers in more than 1,500 cities.

The startup plans to deploy part of the fresh capital to expand its presence in the offline market. Manocha said Cashify currently has dozens of offline stores and kiosks at shopping malls across the country and it has already proven immensely effective in brand awareness among customers.

The startup also plans to expand outside of India, hire more talent, and invest more in getting the word out about its offerings. Manocha said the team is also working on expanding its expertise to more hardware categories such as cameras.

“The management team at Cashify has an excellent track record in building a strong consumer-facing franchise and building relationships with OEMs, e-commerce companies and electronic product retailers to be present across all touch points for the consumer,” said Pankaj Ghai, Managing Director of Asia Environmental Partners, in a statement.