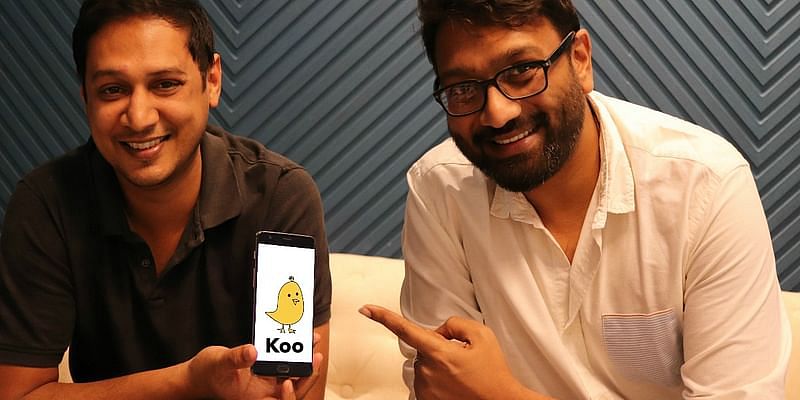 The Chinese investor in the parent firm of Koo, India’s answer to Twitter, is on its way out after other investors have pledged to buy out its 9 percent stake, Koo’s Co-founder and CEO Aprameya Radhakrishna said.

Koo, which caught the public’s attention after the Indian government’s tussle with Twitter over the removal of inflammatory contents, has crossed over three million downloads, with about a million active users.

Shunwei Capital, which is led by a partnership team that includes people of Chinese origin, had invested in the earlier product of Bombinate — an app called Vokal.

Since Bombinate has pivoted its primary business and focused on Koo, Shunwei has committed to exiting the company, he said.

“Back in 2018, when we had just started with question-answer app Vokal, we got an interest from Shunwei, which was a prolific Chinese investor in the content space,” Radhakrishna told PTI in an interview.

Shunwei had invested across multiple companies in India and Bombinate was one of them.

“From 2018 to now, Koo was started as an experiment and it gained traction. We had no idea, this will be a national sentiment product and that we should not take money other than Indian or something that is welcome,” he said. “Nobody really questions at Vokal. It’s about Koo.”

He said when the investment happened, Koo didn’t exist.

“Koo started getting traction recently. And the latest round of investment ($4.1 million in Bombinate) was led by 3one4 Capital, and Shunwei hasn’t participated. We actually made sure that there is no more participation from Chinese investors,” he said.

Shunwei, he said, is on its way out.

“Exits are a matter of timing. You need to have the interest to buy out existing shareholders as well,” he said. “Our first priority was to infuse capital into the company. And there will be more interest we will request Shunwei to exit. We now have enough interest to buy them out. They have also agreed to exit and this is in the process.”

He did not say who would buy out Shunwei. Shunwei Capital, he said, held about 9 percent interest in Bombinate.

Due to the increased restrictions on Chinese investors in India, the exit procedure was working through the required checks and clarifications before being completed. The company expects this exit transaction to be concluded very soon, pending the necessary compliance and governance procedures.

He said Koo, which enables users to communicate in Indian languages, houses all data and associated services in India.

“Koo is an Indian registered company with Indian founders,” he said.

Koo has so far raised around $4.1 million from investors including Infosys veteran Mohandas Pai’s 3one4 Capital, Kalaari Capital, and Blume Ventures.

With a platform where buyers get to choose the price, JingleBid aims to change the way India shops