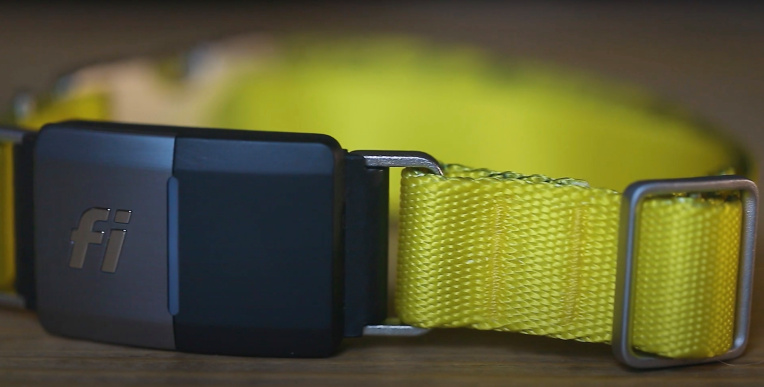 Pet tech company Fi today announced that it has raised a $30 million Series B. The round, led by Chuck Murphy of Longview Asset Management, follows a $7 million Series A raised back in 2019. The round values the startup at north of $200 million.

The New York-based startup specializes in connected dog collars, releasing its Series 2 device late last year. The second-gen version of the product brings some key hardware improvements to the pet tracking device, including battery optimization that gives up to three months of life on a charge (with an average of around 1.5, according to the company).

The device relies on Wi-Fi and Bluetooth, sending users a notification when a dog has traveled outside an AI-determined geofenced area.

The company has experienced solid growth since launching in March 2019, and says demand for its product continued to grow in spite of the COVID-19 pandemic. It’s still a fairly small operation, but Fi is working on growing its availability in the U.S. The product was made available on the mega-pet online retailer Chewy in Q4 of last year.

“There’s such a huge market in the U.S. that we’re just scratching the surface,” founder and CEO Jonathan Bensamoun tells TC. “We want to stay focused here. And really make this a household product. The number one limitation to growth is that people just don’t know we exist or that the category exists.”

The company says discussions with large brick and mortar pet retailers are currently “up in the air.” In addition to research, the funding round will go toward marketing and exploring additional retail partnerships to help grow the product’s footprint.

“We’ve been tracking Jonathan and the team at Fi for over a year now and have been incredibly impressed with their execution and rapid growth rate,” AVP partner Courtney Robinson says in a statement offered to TC. They have established themselves as the clear leader in the emerging category of connected collars, with a device that blows away the competition in terms of design, battery life, and accuracy.”

No Plan To Boost Crypto Sector In India: Finance Ministry