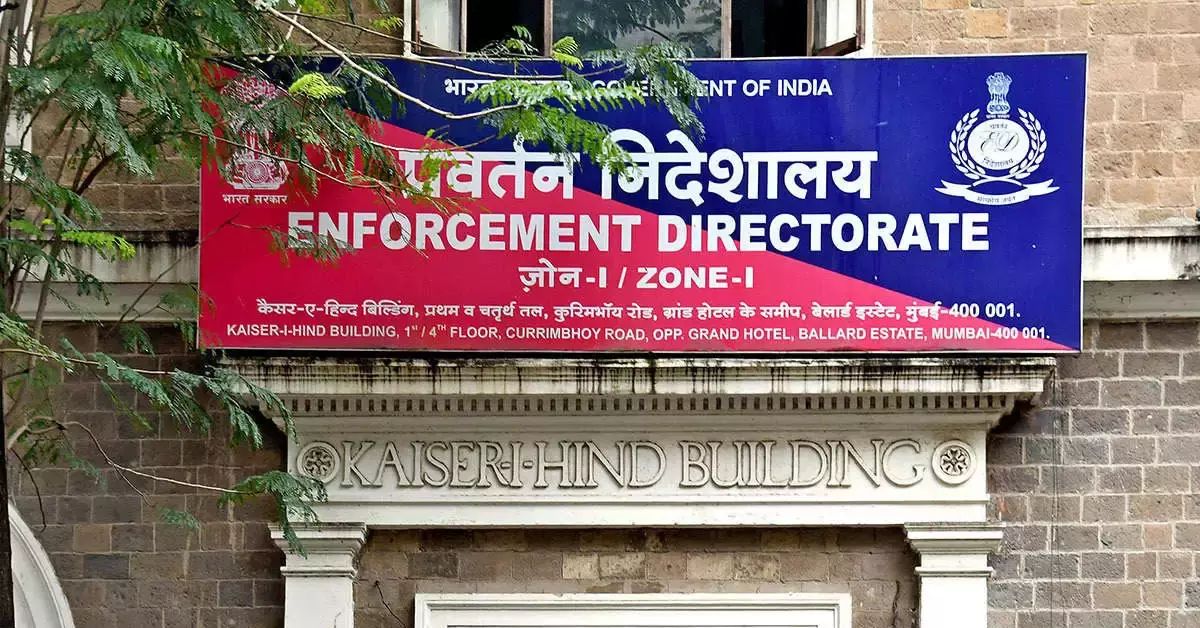 ED has identified INR 1,000 Cr as crime proceeds of the accused companies in the instant loan apps case, with most of them linked with China

According to ED, several of these loan apps approached the crypto exchanges to buy INR 100 Cr worth of crypto and send them to international wallets

The Enforcement Directorate (ED) is conducting an investigation into at least 10 cryptocurrency exchanges. The ED is working under the allegation that these crypto exchanges have laundered more than INR 1,000 Cr.

An ET report citing sources said that the ED has identified INR 1,000 Cr as crime proceeds of the accused companies in the instant loan apps case, with most of them linked with China.

According to the ED probe, several of these loan apps approached the crypto exchanges to buy INR 100 Cr worth of crypto and send them to international wallets. The ED found that these exchanges did not conduct any enhanced due diligence and also didn’t raise suspicious transaction reports (STRs).

This comes after the ED froze assets of India’s largest crypto exchange, WazirX. The financial law enforcement agency has asked other exchanges to join the probe as well, after similar instances of loan apps approaching crypto exchanges for similar transactions were revealed.

A person cited in the aforementioned report noted that when the instant loan apps realised that they were being investigated, they closed the business and used crypto to siphon the funds abroad.

The fact that crypto is still in a regulatory grey area and the inherent opaqueness of the crypto ecosystem gave these companies enough shielding to park their assets offshore.

This is not the first time that any Indian agency has started looking into the crypto exchanges for allegedly flouting the law. Last month, ED sent notices to CoinDCX and CoinSwitch Kuber on alleged violations of the foreign exchange laws.

In March, the government said it detected GST evasion to the tune of INR 95.86 Cr across 11 crypto exchanges, including WazirX, CoinDCX and CoinSwitch Kuber.

It should be noted that WazirX was raided by ED for the same reason, which led to a public spat between WazirX CEO Nischal Shetty and Binance CEO Changpeng Zhao on Twitter last week.

The ED is also said to be looking closely at the public spat between the two CEOs, whose companies – Zanmai Labs and Binance – are running WazirX. Particularly, ED is looking at the issues related to non-compliance and ownership being discussed by the two CEOs.

It is also interesting to note that once WazirX’s offices were raided, Binance’s CEO said that the Chinese crypto exchange never held equity in WazirX, going against the “acquisition” that Binance completed back in November 2019.

WazirX issued a statement a few days ago stating that it has no affiliation with the users that ED is investing in and it is complying with the law enforcement agency.

“ED appears to be investigating the transactions of certain users and Zanmai Labs has no affiliation to such users and is unaware about the purpose of their transactions. Zanmai Labs is in the position of any other intermediary whose platform may have been misused,” said WazirX.

Both Shetty and Zhao have not yet clarified who owns WazirX; the only thing that has been made clear is that WazirX is being run by both Binance and Zanmai Labs. Binance operates WazirX’s crypto to crypto P2P transactions, while Zanmai handles crypto to INR non-P2P transactions.

However, ED said in its earlier statement that Zanmai Labs, which owns WazirX, has created a web of agreements with Crowdfire Inc. USA, Binance (Cayman Islands), and Zettai Pte Ltd Singapore to allegedly obscure the ownership of the crypto exchange.

London Restaurants Marketing – Being Clever Is the Trick to Stay Afloat in a Post-Pandemic Era?

How To Manage Your Small Business Fleet Costs

SoftBank reports consolidated loss of $23.4B