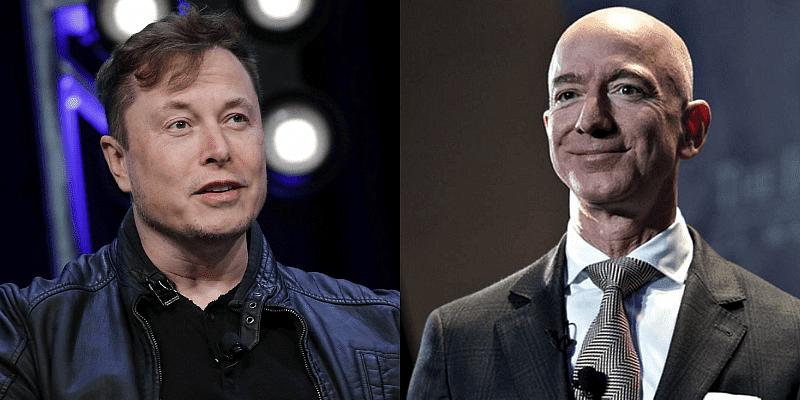 Jeff Bezos, Amazon’s outgoing CEO, is back to being the world’s richest person after briefly ceding the top spot to Elon Musk.

Earlier in January, the Tesla founder had dethroned the Amazon founder riding on a stock market rally for the electric carmaker. However, Musk lost $4.6 billion of this net worth after Tesla shares fell 2.4 percent on Tuesday.

His fortune now stands at $190 billion while Bezos is marginally ahead at $191 billion, according to Bloomberg Billionaires Index.

Musk’s personal wealth has ballooned in the last 12 months, with Tesla stock surging an eye-popping 473 percent due to steady profits. The automaker also gained from its inclusion in the S&P 500 Index, and general enthusiasm from Wall Street.

Bezos, on the other hand, gained from an overall jump in global ecommerce due to the pandemic that forced people to shop online more than offline.

Besides the one-and-a-half month slide to No. 2, Bezos has held the tag of the ‘world’s richest person’ since late-2017, when he went past Bill Gates to become the wealthiest individual in recorded history.

In August 2020, he also became the first person to breach the $200-billion mark in net worth. However, it is left to be seen if the Amazon founder’s fortune remains untarnished post his departure from an active role at the retail-to-tech behemoth.

Earlier this month, Bezos shocked the corporate world when he announced that he would be stepping down as the CEO of Amazon later in the year. He would be succeeded by AWS CEO Andy Jassy, who’s also a long-time collaborator of Bezos.

“As Executive Chair, I will stay engaged in important Amazon initiatives but also have the time and energy I need to focus on the Day 1 Fund, the Bezos Earth Fund, Blue Origin, The Washington Post, and my other passions,” Bezos stated.

Last date to link PAN to Aadhaar is March 31: Here’s all you need to know

Here’s how Observe.ai is building an intelligent workforce platform with AWS

Paytm to raise $1.6B in primary issue, ahead of IPO; secondary fundraise to follow