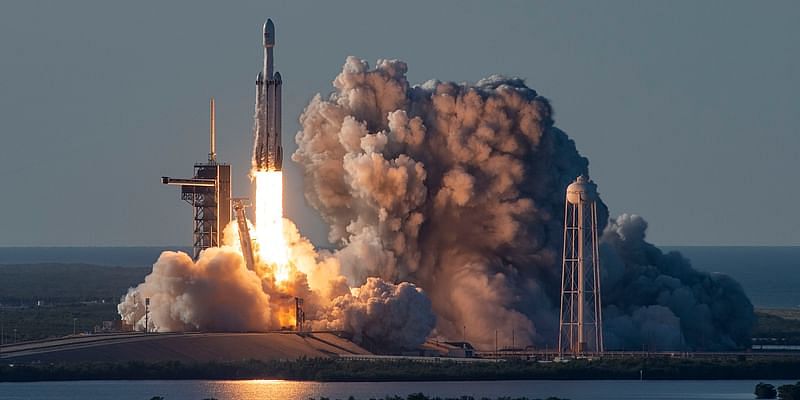 Elon Musk’s SpaceX has signed two contracts with the Pentagon worth $159 million. The American aerospace manufacturer will be launching a special spacecraft for the US military by the fourth quarter of FY2023 as per a statement released by the Department of Defence (DoD).

The contracts will be financed annually at a fixed cost. The project will be carried out at Hawthorne, California; Vandenberg Air Force Base, California; and Cape Canaveral Air Force Station, Florida.

Essentially, Elon Musk’s company will be building missile-tracking satellites for the DoD. “Fiscal 2021 missile and space procurement funds in the full amount are being obligated at the time of the award. Space and Missile Systems Centre, Los Angeles Air Force Base, California, is the contracting activity,” it added.

This is not the first time the Pentagon has inked contracts with Elon Musk’s SpaceX. Both parties had signed agreements in October 2020 to research and develop an orbital transport capable of sending military loads in urgent situations or detecting launches.

Recently, SpaceX conducted a test flight for its SN10 Starship — which the company hopes will take them to Mars in the future — on March 3. The rocket made a touchdown after a successful flight but exploded moments later.

SN10 engine was low on thrust due (probably) to partial helium ingestion from fuel header tank. Impact of 10m/s crushed legs & part of skirt. Multiple fixes in work for SN11.

Replying to a tweet, Musk said the SN10 engine was low on thrust, and that was probably due to “partial helium ingestion from (the) fuel header tank.” The impact crushed the rocket’s legs and a part of its skirt, Musk added.

[Matrix Moments] From not getting an IIT rank to finding his entrepreneurial spirit: the journey of Snapdeal’s

What do I have to lose?

[Funding alert] Flipkart raises $3.6B at $37.6B valuation from SoftBank, Tiger Global, Walmart, others