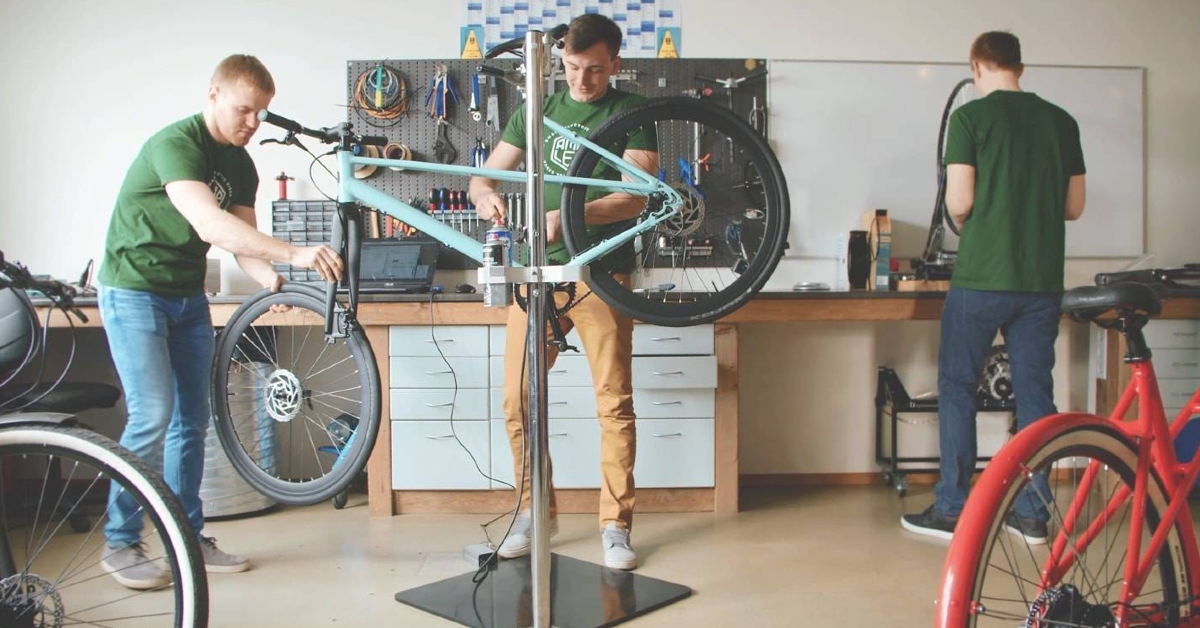 Tallinn-based Ampler Bikes, an e-bike producer, has announced that its revenue grew 115 per cent in 2020 as compared to the previous year while recording a year-end profit.

Germany, being the e-bike producer’s biggest market, showed revenue growth of 136 per cent after a consumer shift from public transport and cars to e-bikes during the pandemic. In Germany, Ampler opened a second showroom in the spring of 2020, located in Cologne.

After experiencing the growth rate in Germany, Ampler Bikes is now looking to expand its service in other markets, including Switzerland and the Netherlands, with plans to open flagship stores this year in each country.

In addition to the direct online sales model, Ampler’s own production facilities in Estonia and close partnerships with suppliers helped the company during the difficult times. “We believe in fast-paced but sustainable growth. Although the bicycle industry, in general, will most likely continue to face challenges in terms of frame and component availability in 2021, we believe in our set-up,” says Ampler’s CEO and co-founder Ardo Kaurit.

How was Ampler Bikes born?

Ampler Bikes was launched in 2016 by Ardo Kaurit, Hannes Laar, and Rait Udumäe.

It started as a side project by three founders – a professional motocross racer, an engineer, and a bicycle designer. “We loved playing around with technology and bikes, and we decided to see whether we could build an electric bicycle that’s lightweight, clean-looking, and fun to ride,” the founders mention on Ampler’s website.

The trio visited the Eurobike fair to test the available electric bikes on the market. However, to their disappointment, none of the e-bikes were up to the mark. In fact, the founders claim that the first e-bike prototype they built rode better than any other e-bikes. And that’s when they realised that this could be something bigger than a side project.

And this is how the founders realised the difference a great e-bike can make in people’s lives. “When we finally came up with the design that allowed us to hide all the electronics into the frame, we decided to bring our bikes to more people – and that’s how Ampler Bikes was born.”

The e-bikes have an estimated range of up to 70km per single charge. Via its phone app, you can customise your ride settings and choose the power-assist mode that suits you. The battery and electronics are all concealed within the frame, keeping the look minimal.

Ampler grew its team from 45 to 85 people and now aims to double the number in 2021. In December 2020, the company announced plans for a new carbon-neutral assembly factory in Estonia, with construction expected to start in 2021. The current factory located just outside Tallinn was opened in November 2019.

This year (2021), the company is also throwing support behind pro cycling by becoming the title sponsor for the UCI Continental level Ampler Development Team – whose aim is to develop U23 riders from the Baltics and Finland. The team is managed and trained by former pro-riders Jaan Kirsipuu and Rene Mandri.

The Rise of Food Tech Startups – What Does It Mean for You?

How Codavel, a CDN built specifically for mobile apps, is making breakthroughs in the global market

The Rise of Niche Call Centers in India