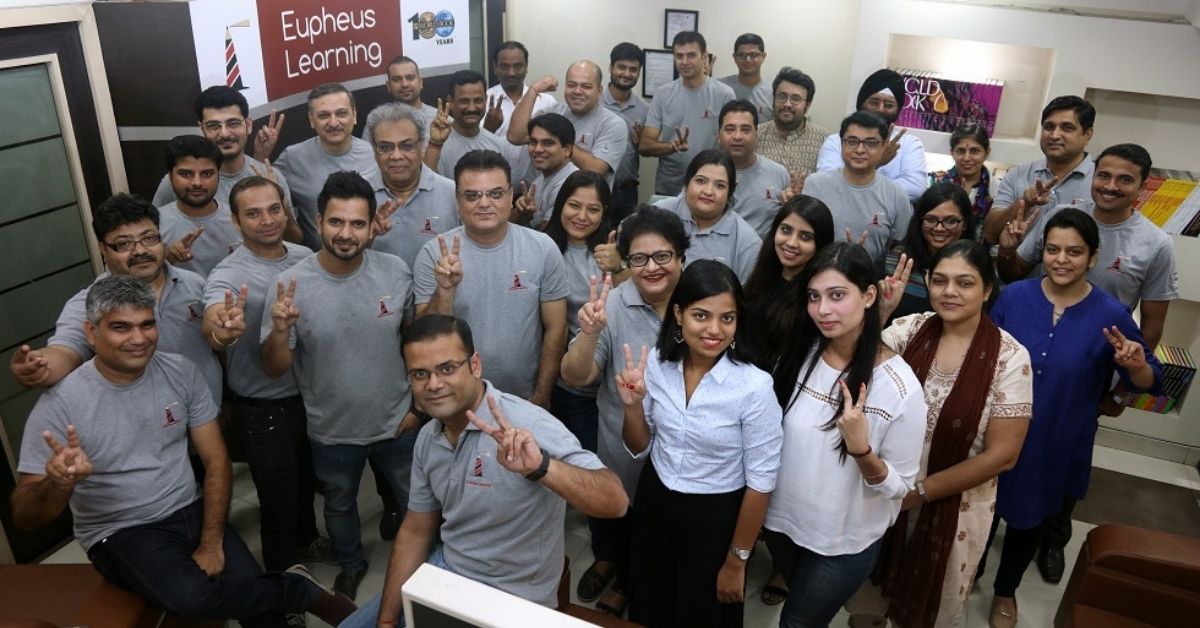 Eupheus Learning will be using the fund to expand its presence into the International markets, particularly the Middle East, Sri Lanka and Bangladesh

Eupheus claims to have partnered with over 13K schools, covering 4 Mn students with pan India presence across 80 cities and team size of 175 members

The company said that it will be using the funds for international expansion, especially into the Middle East, Sri Lanka and Bangladesh, along with the deeper penetration into the Indian market, with virtual learning solutions. Besides this, the company also plans to use the fund to acquire edtech startups to further scale its business in the coming months.

Prior to this, in January 2020, the company raised $4.3 Mn in its Series A funding round led by Yuj Ventures. Its existing investor Sixth Sense Ventures, which owns a 44% stake in the company also participated in this round.

Eupheus Learning was founded by Sarvesh Shrivastava, Ved Prakash Khatri, and Amit Kapoor in June 2017, with an aim to help K-12 schools impart 21st-century skills to students. Its solutions for students range from core curriculum subjects to supplemental learning and at-home solutions.

Shaikha Dana Naseer Al-Sabah, the chairperson of UEC, in a press statement, said that there is a lack of a school-focused distribution platform, and Eupheus fills the gap. The company will be able to leverage UEC’s large network of schools in the Middle East.

The startup claims to have partnered with over 13K schools, covering 4 Mn students with pan India presence across 80 cities and team size of 175 members. In addition to this, it has also signed partnerships with international edtech platforms like ETS, Sanko, World Book and Fiction Express among others to help its schools to enhance student’s reading and writing abilities, STEM/STEAM and English language learning skills among others.

In FY20, the company claimed to be profitable and have recorded a revenue of INR 72 Cr. However, Inc42 could not verify these claims independently.

With the boom in coding and programming segment, last year, the company launched a gamified solution for coding called Learn2Code in partnership with Canadian coding company, RoboGarden. In five months of its launch, Eupheus onboarded 700 schools and 1.8 Lakh students. In the coming months, the company looks to touch 10 Mn students and partner with over 30K schools in the country.

In the K-12 segment, Eupheus Learning competes with the likes of BYJU’S, Unacademy, Toppr and Vedantu. Last year, another rival Practically, also expanded its services to the Middle East market, along with launching Practically Live classes for STEM subjects and coding. So there’s no dearth of competition in this sector.

According to Inc42 Plus analysis, the Indian edtech market is poised to touch $10.2 Bn by 2025. K-12 learning solution is expected to account for 41% of the total edtech market, where it is estimated to see a surge of 3.7x in the projected years, fuelled by coding and other STEM-related skills driving user adoption.

7 Startup Partner Pairings That You Are Apt To Regret

Govt Has No Record Of Shutdowns Ordered By State Govts: Centre

Microsoft in talks with Telangana for setting up $2B data centre