At its annual investor meet, Mahindra and Mahindra has laid out a plan to upgrade and widen its range of offerings significantly over the next five years. The company plans to invest Rs 9,000 crore towards this, of which an initial Rs 3,000 crore has already been spent with the company’s recent expansion of facilities and products. The first of these nine new models is the new Thar, already launched in 2020. The Gen 3 body-on-frame platform it debuted will spawn three more models.

The new Mahindra Scorpio will come first, originally scheduled to launch this year but postponed to early next year due to the current disruptions. This will be followed by the five-door iteration of the Mahindra Thar, expected between 2023 and 2026. This is the first official confirmation of the bigger version of the second-gen Thar, which should make it even more attractive to buyers who want the practicality of the full second row. The five-door Thar can be expected to sit on a lengthened wheelbase and offer more creature comforts on the inside, especially in the second row. Mahindra has laid out the roadmap for its nine upcoming SUVs due by 2026. Image: Mahindra

These SUVs are all expected to be powered by the 2.0-litre Stallion turbo-petrol and the 2.2-litre mHawk diesel engines from the Thar. Mahindra could offer these engines with a different state of tune depending on the target buyer. We expect the diesel’s output to be bumped up to 150-160 hp while the petrol should put out 160-170 hp. The six-speed manual and AT should be two transmission choices. Mahindra has doubled down on its brand’s off-roading heritage recently and the Scorpio and the five-door Thar should get the heavy-duty 4×4 equipment from the standard Thar.

The new generation of the Mahindra Bolero will also be based on this platform but should be aimed at a more cost-conscious buyer in semi-urban and rural areas. The 1.5-litre mHawk diesel should be carried over but an increase in outputs can be expected over the current version’s 76 hp and 210 Nm. This model is scheduled for launch by 2023, and will likely be the most important one for Mahindra. The Bolero has been on sale in its current form for over 20 years and has still managed to breach the 10,000-unit sales mark in Q4 2020-21. 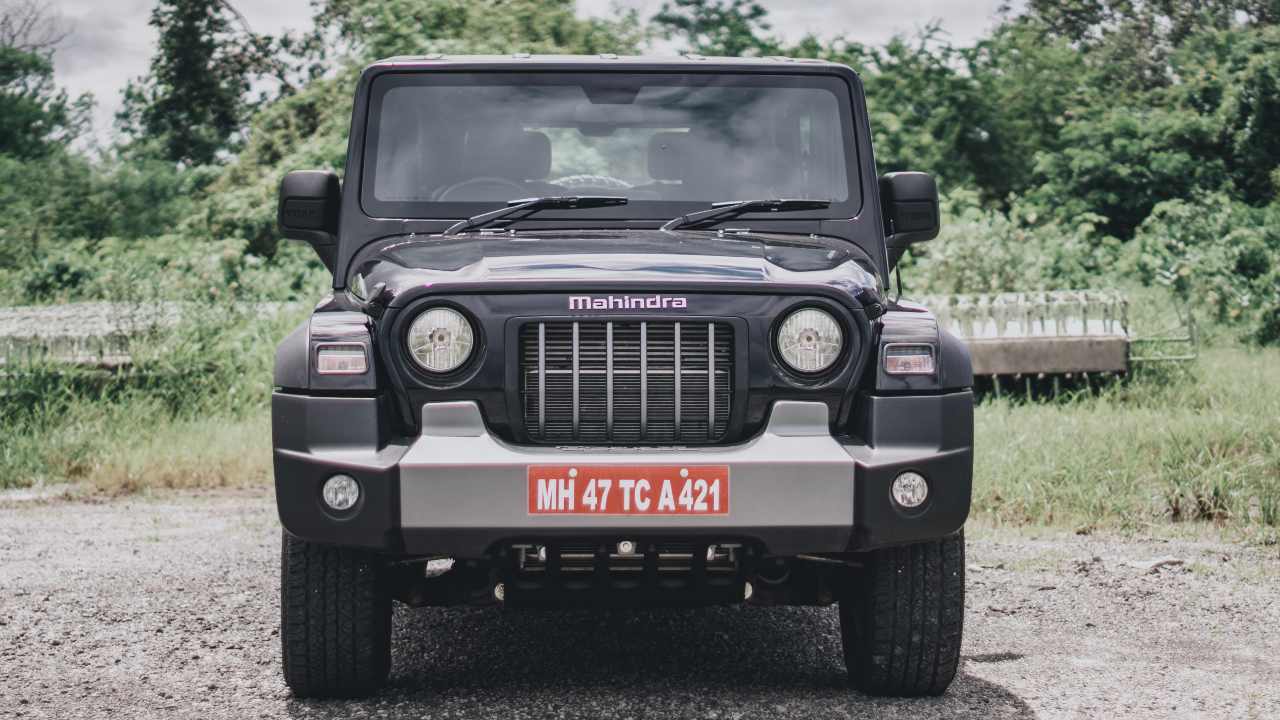 The five-door Mahindra Thar is set to arrive by 2023.

With this new strategy, Mahindra will have a stronger presence in the upper reaches of the SUV segment. The company has lost ground here with a flood of new entrants into this space and this plan is expected to help the brand regain lost market share. The first of the four monocoque SUVs planned is the new Mahindra XUV700, expected to launch this festive season.

Following the XUV700 will be two more models codenamed the W620 and the V201. The W620 is expected to be a derivative of the XUV700 positioned further upmarket. This could be a coupe-SUV version of the XUV700 (rumoured to be named the XUV900) and should feature more emotive styling and a longer list of features. With the XUV500 nameplate set aside, for now, the V201 could be the replacement for this SUV. The distinct pre-production codename suggests this may be based on a different architecture from the XUV700, possibly derived from an existing SsangYong platform.

These SUVs are expected to debut between 2024-27 and will again feature the 2.0-litre mStallion petrol and the 2.2-litre mHawk diesel. Outputs should be higher here than the body-on-frame offerings with petrol putting out around 190 hp and the diesel around 180 hp. Again, a six-speed manual and six-speed auto can be expected. An AWD option will be provided optionally as well. Notably, these SUVs will also be offered with electrified powertrains, possibly a 48-volt mild-hybrid system. 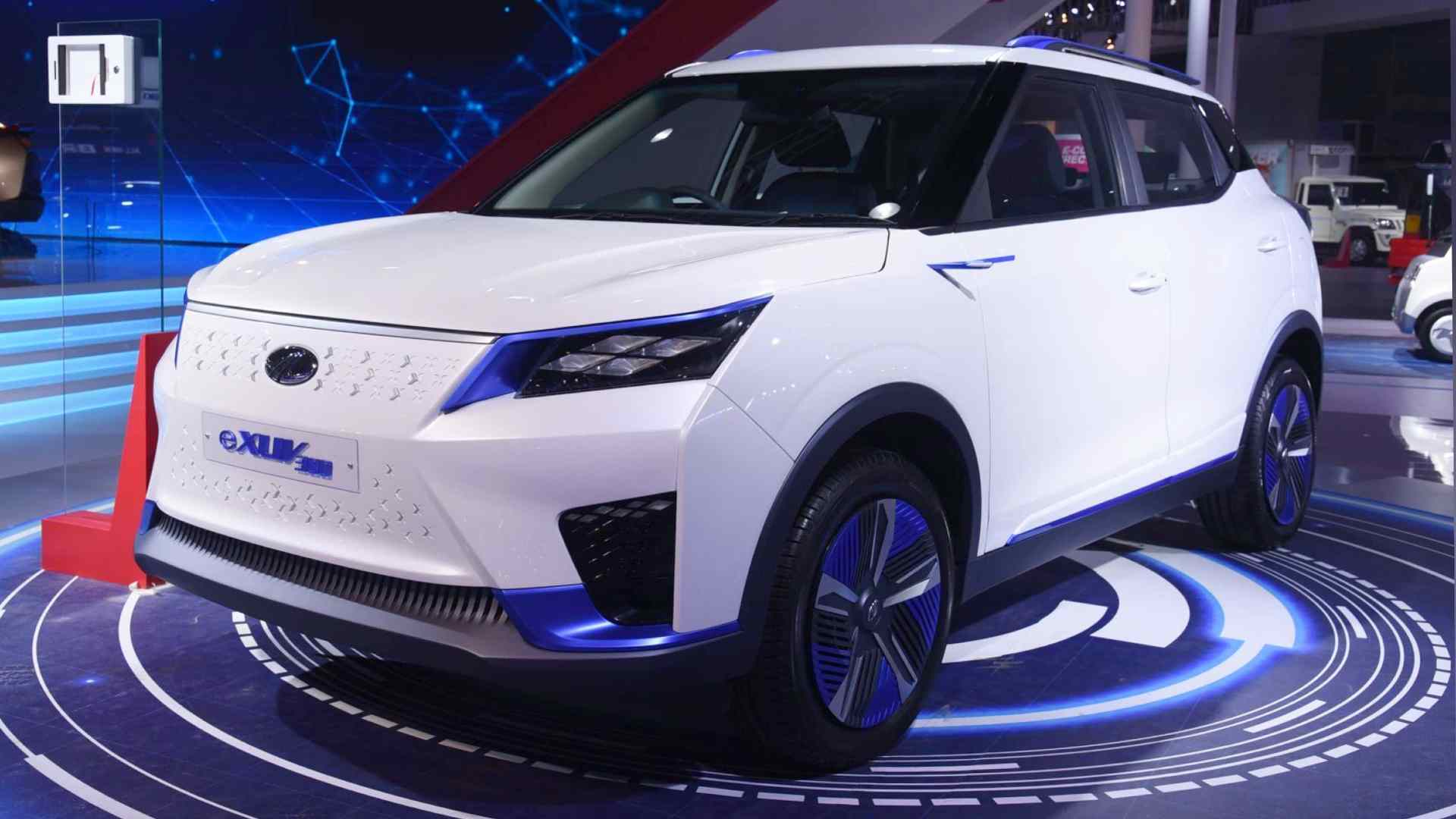 Mahindra is also working on a replacement for the XUV300 compact SUV. The launch of the petrol AMT version and a reworked line-up seems to have given this model a leg up, the SUV saw a 90 percent increase in bookings in the latter half of the last financial year. No launch timeline has been provided and more details on this model are scarce for now, although a reworked version of the current XUV300’s underpinnings can be expected.

Topping off this product plan for Mahindra will be two new EVs. Unlike the eKUV100 and the eXUV300 slated for launch next year, these will be developed from the ground-up as EVs on a new ‘Born EV’ architecture. These should be compatible with the MESMA EV architecture that debuted at the Auto Expo and should be able to accommodate battery sizes of up to 80 kWh around a 350-volt architecture and dual motors. There will be a stronger focus on in-car connectivity, design and human-machine interfaces. Dr Uli Stuhec has been hired to lead this program out of Mahindra’s North American outpost.

The two Mahindra electric SUVs will likely be positioned in the compact and C-segment to be accessible to the largest set of SUV buyers, and range and charge times should be on par with other contemporary offerings.

The price differential for engineers is declining – TC

Volvo XC60 successor will be first EV to use batteries co-developed by Volvo and Northvolt- Technology News, FP

Condemned to the shadows from day one- Technology News, FP