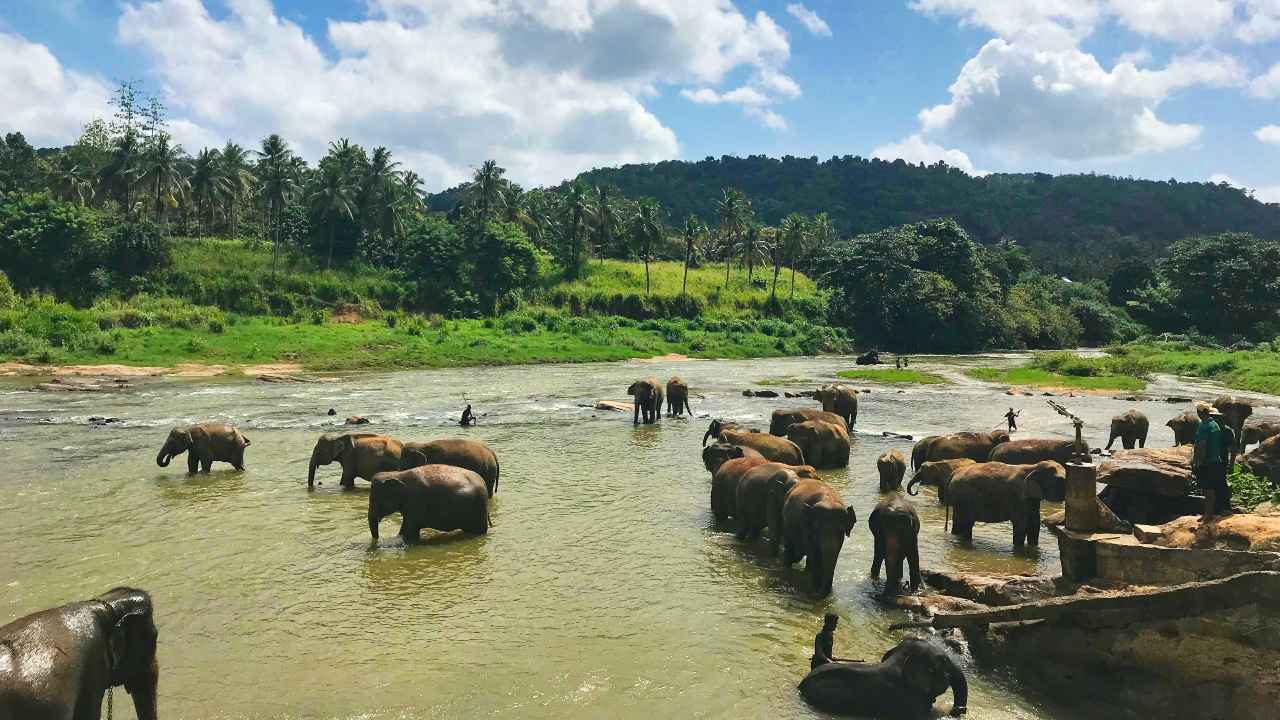 The first death was reported on 1 February when carcass of a jumbo was found near Tentulipada village inside the sanctuary. Since the pandemic, reports of poaching have increased. Elephants are being hunted down, and leopards have been poached, skinned and their hides sent out for sale. Image: Rajiv Perera/Unsplash

Five elephants have died within a gap of 13 days inside Karlapat Wildlife Sanctuary in Kalahandi district of Odisha, officials said. All the carcasses were found near water bodies, they said. The Principal Chief Conservator of Forest Sashi Pal said, the elephant deaths were due to some bacterial infection. “The water bodies in the sanctuary may have been infected,” he said. Divisional Forest Officer, Kalahandi (South Division), Ashok Kumar said, stagnant water is being treated with bleaching powder to avoid further spread and water samples have been collected from different spots for testing.

The DFO said that experts from the College of Veterinary Science and Animal Husbandry, Odisha University of Agriculture and Technology (OUAT), have arrived in the protected area for conducting field analysis.

“Villagers have been advised not to allow their cattle inside the forest as it is suspected that the water bodies may be contaminated,” Kumar said.

The latest jumbo death was reported on Saturday when an adult elephant died near a waterbody in the sanctuary. Though the animal was found alive on Friday, it died during the day due to septicaemia, an official said.

The first death was reported on 1 February when carcass of a jumbo was found near Tentulipada village inside the sanctuary. Post-mortem examination revealed that the pachyderm was pregnant. The next three deaths were reported from near Ghusurigudi nullah.

The lab test of the first elephant carcass conducted in the Centre for Wildlife Health, OUAT, in Bhubaneswar revealed that the death was due to haemorrhage septicaemia, the DFO said.

Animals that come in contact with infected water or soil contract the disease in which respiratory tracts and lungs are affected, leading to severe pneumonia.

The forest staff have been directed to conduct a field survey and track elephant herds, the DFO said.

“It is not yet known whether other wild animals are also affected,” Kumar said.

Death of another elephant calf in nearby Nakatideula forest under Rairakhol division in Sambalpur on Saturday has also triggered panic among the locals. Experts suspect anthrax to be the cause of the death of the elephant calf.

Flesh and blood samples of the dead animal have been sent to the OUAT for laboratory examination, the officials said.