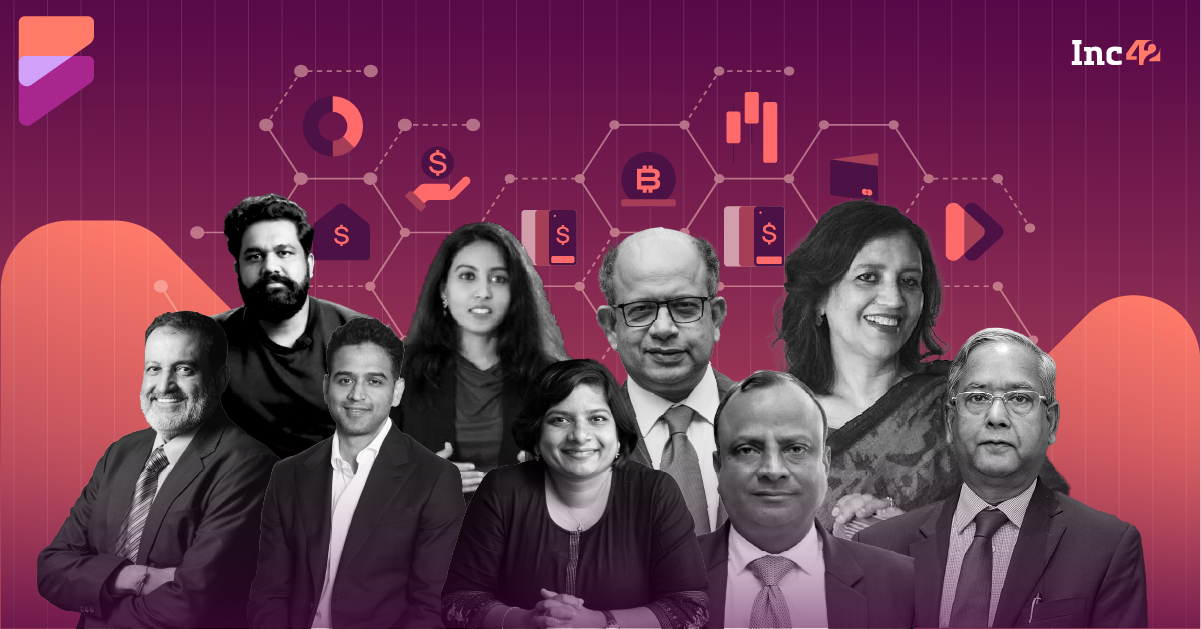 The challenges in fintech have given startups, investors and other stakeholders a lot to ponder about as seen in Inc42 Fintech Summit 2022’s riveting panel discussions and fireside chats

For the past few weeks, fintech has been on our mind. The Inc42 Fintech Summit 2022, which wrapped up yesterday (July 2), was just one of the reasons.

The other major factor has been the flux in the sector stretching from regulatory hurdles to the lack of profitability and steady revenue models, concerns about the unabated rise of BNPL and lending and of course the global economic slowdown that has seen the worst global stock market crash in over five decades.

If that is a lengthy sentence, it’s only because of how critical these issues are and especially so given the significance of fintech across the startup ecosystem. And as we saw at Inc42’s Fintech Summit 2022, these challenges have given startups, investors and other stakeholders a lot to ponder about. So what is the future of fintech going to look like?

Here’s a look at the broad takeaways from across the many sessions at Fintech Summit, but first a look at the top stories of the week:

The biggest takeaway from the 20+ sessions at Fintech Summit was that while several challenges abound, startups are getting better and better at finding solutions, just as regulators are getting smarter about how to implement certain policies.

A key factor has been the rising acceptability of more sophisticated fintech products and services among the masses, emerging technologies such as DeFi and customised solutions for enterprises and SMBs. Here’s how the fintech ecosystem is shaping the future of money in India in five key areas, including managing regulations, the slowdown, the revenue and growth challenges and more.

One cannot escape regulations in fintech. While many policy changes such as the recent RBI notification on credit lines on PPIs have disrupted operations, startups are actually appreciative of how keenly the government and regulators are studying the landscape and actually addressing the problem areas. That’s something highlighted by Shopse founder Pallav Jain. By focusing on the tech and eliminating risks in lending to high-risk customers, the RBI is trying to “incorporate transparency into the lending ecosystem and avoid customer debt trap”, he said.

India’s crypto industry is of course at loggerheads with the government over the quasi-legal status for this segment. Of course regulators cannot turn a blind eye to “financial gymnastics,” as indicated by former SEBI chairman UK Sinha, especially when it comes to money taken from investors or the public.

In a similar vein, Rajya Sabha MP Dr Amar Patnaik explained to Bexley Advisors’ Utkarsh Sinha, the Indian market is not yet digitally literate enough for such new and emerging technologies.

“The cryptocurrency space is extremely risky. Let’s accept it. I really do not know why crypto players keep saying it is not so. We have to say that this is not for everyone.”

The True Size Of Fintech’s Opportunity

“If you take away the top 3% earners of India, the per capita GDP drops to $600. It is just ridiculous. How do you sell any financial product to this audience? It’s impossible,” Zerodha founder Nithin Kamath said, underlining just how critical the profitability and revenue model problem in fintech is.

The path to profitability is weakened for startups because of the huge cost of acquisition — not only is the challenge of convincing customers about trust, but also getting them to continue the habit of using digital products. It’s very easy to lose a habit when there’s a bad experience, which is still a problem in India.

Kamath added that India has a total addressable market (TAM) for fintech services and products of around 10 Cr to 15 Cr.

While fintech companies have not yet felt the pains as deeply as say edtech or other segments, startups are cutting costs across operations amid the global economic slowdown. Addressing the cutbacks on the marketing front, SALT’s Shinjini Kumar added that this should have been the preferred way even in times when funding was flowing in, because that’s how startups will be in sync with VC expectations.

Commenting on the funding slowdown, India Quotient’s Anand Lunia said startups that have fallen into bad patterns will suffer the most and funding withdrawal symptoms are being seen in Bengaluru’s Koramangala and HSR, where some of the more prominent startups have their HQs.

“Over the last two years, founders thought short-term and developed bad habits, which have now resulted in them trying to grow and also reduce burn significantly.”

His fellow panellist Sanjay Swamy of Prime Venture Partners agreed that the slowdown is expected to impact only a fraction of the startups, but it will be a devastating impact, whereas the others are likely to see very minor ripple effects and will just have to focus on the fundamentals to navigate the downturn.

Are neobanking apps the future of banking and fintech? According to Aarin Capital Partners chairman TV Mohandas Pai said like Revolut changed the banking game in the US, banking-as-a-service (BaaS) will create a super app for all the financial needs of Indians too.

He added that with the power of data and AI, banks and fintech players can approach financial services in a more concerted effort. Technology can be a layer on top of banks to provide a better customer experience and reduce the overloaded resources on the bank’s side.

“AI algorithms are now able to do facial recognition and voice recognition in an efficient manner. There is going to be a rise of humanoids, bots and greater interaction with machines and technology in future in the fintech space,” Pai added.

The BNPL And Lending Boom

The BNPL model, since its inception, has received both bouquets and brickbats, with plenty of questions around the lack of transparency.

Startups believe the regulator should find ways to address the challenges faced by BNPL companies even as it looks to protect the customers and the public’s money.

“These products are boon for customers and if the RBI can give some relaxation to both BNPL players and customers it would be a win-win for both,” said Ajay Chaurasia, head of product at digital lending platform RupeeRedee.

On the SMB front, lending is being changed by a multitude of models. Lendingkart CEO and founder Harshvardhan Lunia added that unlike in the pre-pandemic era, collaboration is a buzzword now.

Collaboration between banks and fintech players can boost credit access to the underserved segment and SMEs because 75% of MSME lending in the country still is led by banks. This is a massive opportunity for fintech players, Indifi cofounder and CEO Alok Mittal added.

And indeed, that is the major trend in the fintech space in 2022. Collaboration across segments such as insurtech, investment tech, lending, neobanking, API banking and more will be the key to unlocking the fintech value lying dormant in the Indian market.

Here’s how the past week has been for the listed tech companies we are tracking: 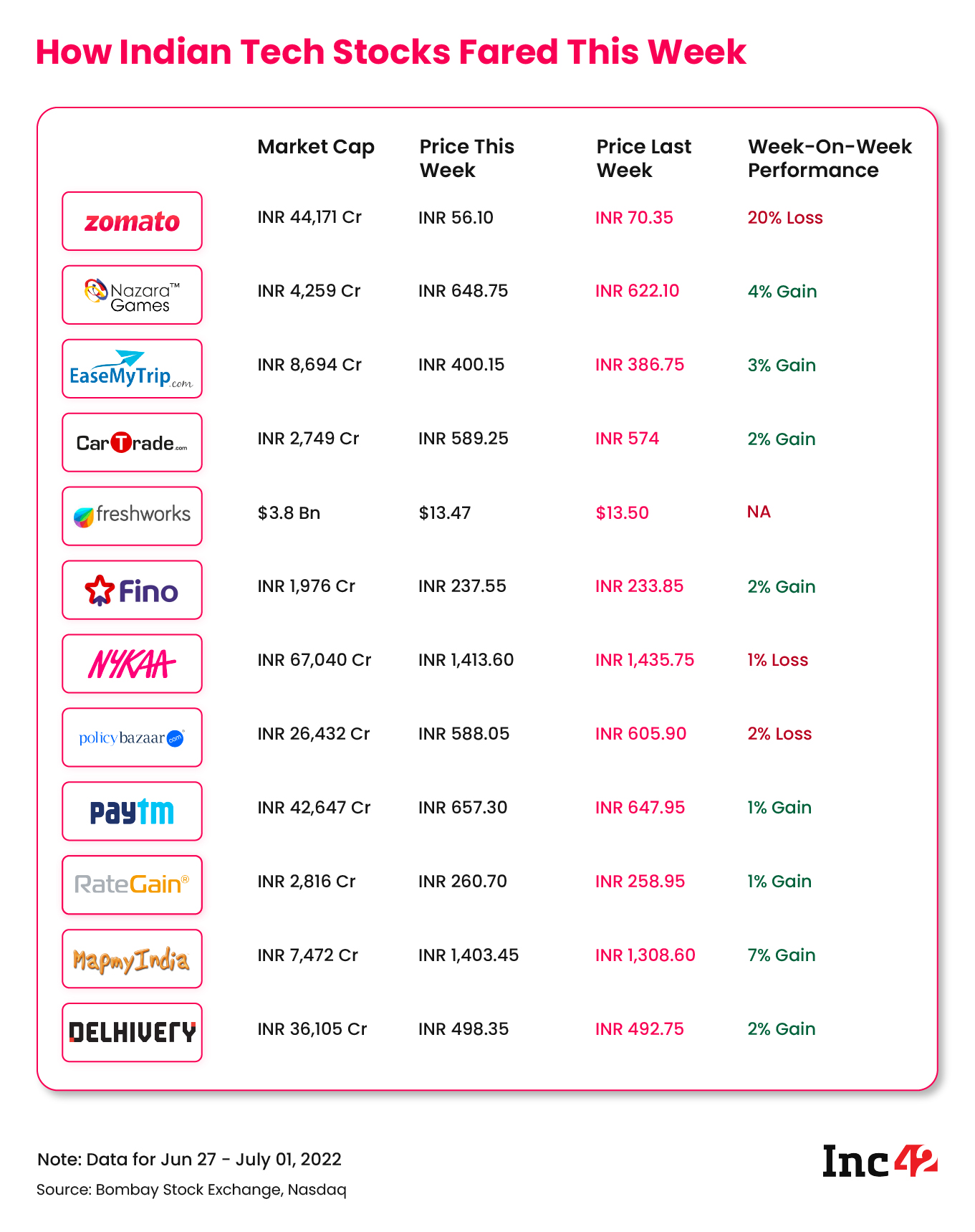 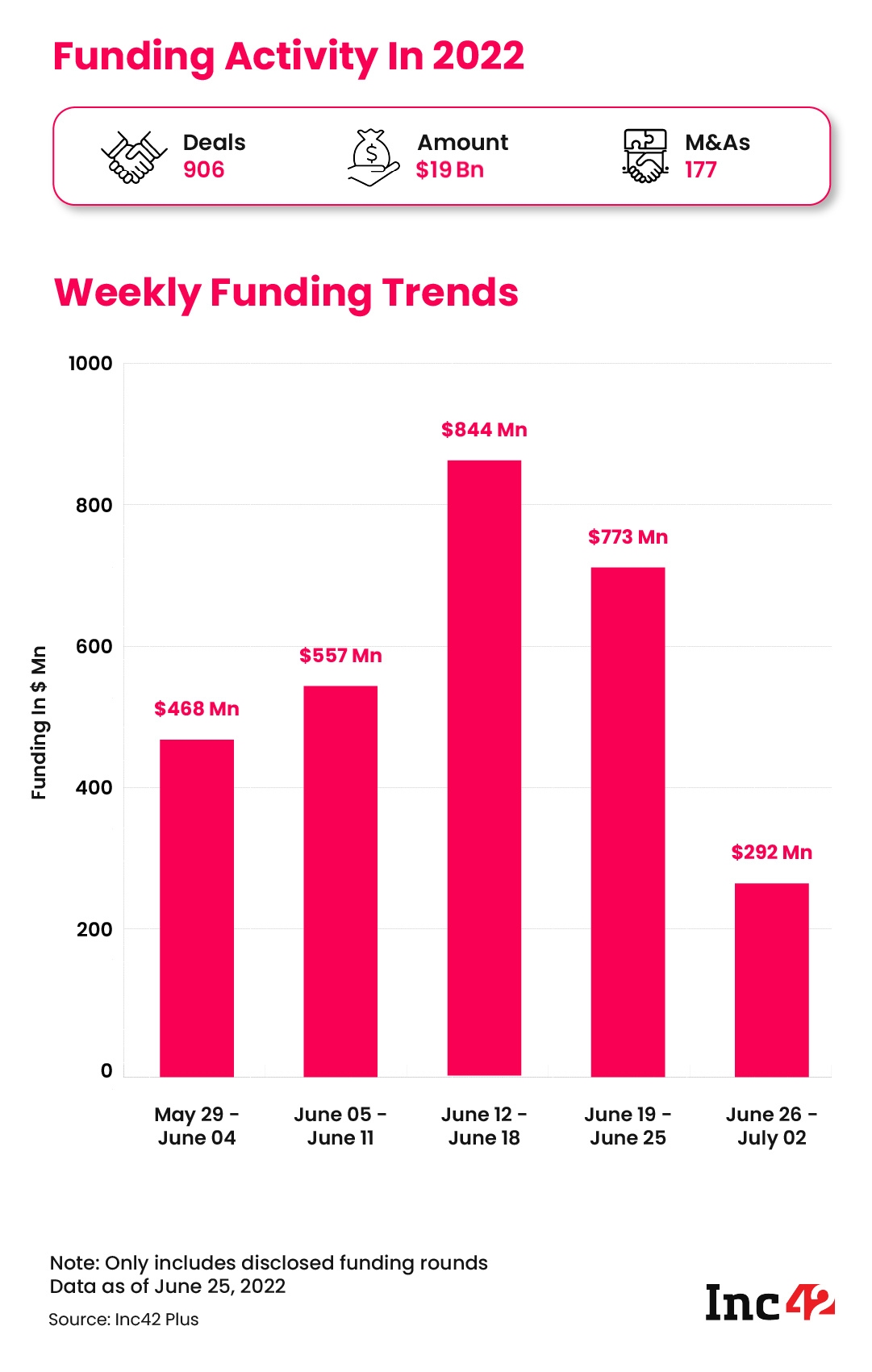 That’s all for this week. We hope you had a great time at the Inc42 Fintech Summit 2022.

Look forward to seeing you next Sunday with another weekly roundup.

What comes after unicorns and centaurs? • TechCrunch

Fanhouse was built by creators, for creators (and they mean it) – TechCrunch

London-based Doctify raises an additional €6.3M for its healthcare review platform; here’s why