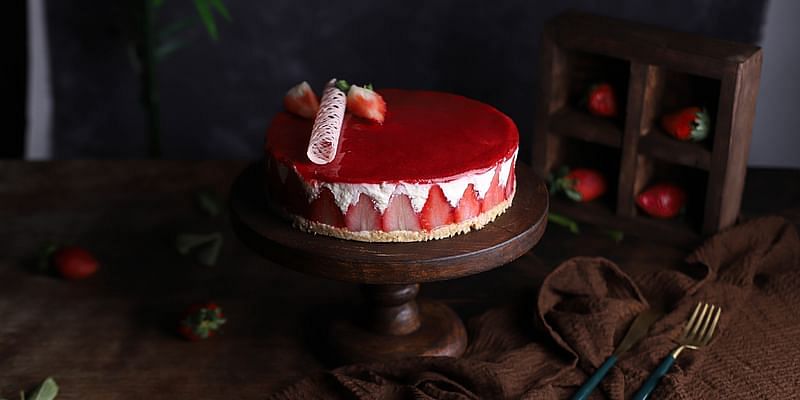 ﻿Kouzina Food Tech﻿ – the foodtech startup that operates brands like WarmOven, Indiana Burgers, and Kaati Zone – turned seven recently,  growing from a single-brand, single kitchen, bootstrapped startup in 2013 to now operating more than 40 multi-brand cloud kitchens across nine cities to serve over a million customers in the country.

This growth, Kouzina Co-founder and CEO Gautam Balijepalli tells YourStory, was fuelled by the startup’s focus on a digital, tech-enabled platform, its emphasis on delivering quality food through a network of hyperlocal cloud kitchens, and its inorganic growth strategy of partnerships and acquiring iconic offline food brands like Kaati Zone and Indiana Burgers.

Going forward, the cloud kitchen startup wants to leverage its partnership model to expand to 100 more locations from around 40 today to end the new fiscal year with around 150 locations in total. These will be across the country’s top 20 cities where there is “reasonable demand for food delivery,” Gautam says.

Outside of the top 20 cities, Kouzina – which means good food in Greek – may consider expanding into the remaining on a case-by-case basis, based on the inherent demand in that city, he adds. It currently operates in nine cities: Bengaluru, Pune, Hyderabad, Delhi, Mangalore, Manipal, Nashik, Bhubaneswar, and Visakhapatnam.

Indeed, Kouzina says it has already started to unlock growth through its partnerships or franchise model, where the foodtech startup controls the brand and the food experience, while its entrepreneurial partners manage and run the kitchens while leveraging the data and tech platform that it provides.

This phase of growth, Gautam says, is the third in Kouzina’s seven-year-long journey.

The first was as a single-brand, single kitchen that was a part-time experiment for the four Co-founders – Gautam, Mahesh Madiyala, Sumit Gupta, and Rohankumar Rao  – where only Rohan was involved in the daily operational running of the business.

As Gautam defines it, phase 1 for the company was the period of being “…bootstrapped and what you can call a part-time business for the first 3-4 years. Run with simple guardrails, while making sure the customers are happy and making money along the way.”

The next phase, which began in 2019 and lasted for the most part of 2020, involved all four co-founders taking the leap of faith and turning entrepreneurs to become fully involved in the business.

During the second phase, Kouzina also raised funds from established entrepreneurs like Jyoti Bansal, Harpreet Grover, and Anuj Srivastava, among others, and subsequently began scaling the business to different cities across the country, while also expanding into other brands and categories.

The third phase, which started around the final quarter of 2020, is where the startup is beginning to scale its presence across different locations and cities through partnerships, Gautam says.

In the past 12 months, Kouzina expanded its footprint either through the cloud kitchen’s own kitchen setups in other cities or through their partnership model with different entrepreneurial partners.

“This growth was enabled by the digital disruption that was happening as the pandemic forced almost everything to come to your home, including kids attending school at home and even the elderly ordering groceries home. So people are getting used to this convenience of various things coming to their home,” Gautam says.

“Likewise, food delivery has always been a key category for home products reaching your home. So food delivery is also on a resurgence. There was obviously some scepticism and apprehension during the first phase of the pandemic but since then, there has been a resurgence in food delivery,” he adds.

Kouzina, which is among the startups that benefited from the acceleration in digital adoption amidst the pandemic, leveraged the digital opportunity and the uptick in food delivery demand that was playing out to expand its kitchens and brands.

“As the food industry evolves through this pandemic, including the unfortunate shutdown of many brands, one thing was clear: food consumption is not going to go away. So this creates an opportunity for brands like us to expand, particularly in mico-markets as there may not be enough bakeries or restaurants around in micro-markets as we go through this pandemic,” Gautam explains.

According to various reports, more than 40 percent of eateries and restaurants had to shut down operations due to the impact of coronavirus pandemic. Zomato, in August last year, had also estimated that at least 40 percent of restaurants may not reopen due to the adverse impacts of and overall disruption caused by the pandemic.

It wasn’t easy for cloud kitchen startups too.

Gautam admits that the first two-quarters of the pandemic and the related nationwide lockdowns that were imposed were difficult periods. However, thanks to the years of cumulative corporate experience that the co-founders share, the team was able to anticipate and plan ahead for certain disruptions, such as supply chain disruptions, as the country felt the initial impact of the pandemic.

“This is where we should pat ourselves on the back for a couple of things we did, where our COO Mahesh and the operations team were relentless in ensuring we kept the business up and running through the initial difficult times. So when everyone else was shutting down, our operations were not disrupted and we continued to run to ensure we not only survived but thrived through this period,” Gautam says.

Admittedly, Kouzina’s inorganic growth strategy played an important role in its expansion during the pandemic. There are two key metrics for the foodtech startup’s inorganic growth: brands and kitchens, Gautam explains.

On the brands front, the first inorganic move Kouzina made was to acquire Kaati Zone, which is a fairly well-known offline brand for rolls and wraps. At its peak, Kaati Zone had a presence in close to 17 retail locations and in multiple airports.

“Almost everybody that I have spoken to was aware of the brand Kaati Zone. Therefore, enabling Kaati Zone in our delivery-led model became a relatively easy choice for us to make. Because the brand already had a very strong recall in the consumer’s market,” Gautam says.

To be clear, these acquisitions focused on the opportunity to convert an existing well-known offline brand into a delivery-led model, and Kouzina, Gautam says, is open to such growth opportunities to expand the number of brands in every kitchen.

On the kitchens front, Kouzina’s inorganic growth strategy is to ramp up on partnerships, where its entrepreneurial partners run the location, while Kouzina controls the brand and the food experience, Gautam says.

“Obviously, the brand will lead to the sales. All of that is controlled by us. So this is the model which we have started to use for scale. This becomes a lot more asset-light and a lot less capital intensive method for growth. That will also give us the ability to scale much faster,” he adds.

And that is, in many ways, already happening. For example, Kouzina – whose cakes and dessert brand Warm Oven competes with the likes of JustBake and Chef Bakers in Bengaluru and with Monginis in Mumbai – expanded to at least four cities and 14 additional locations, a near 15 percent increase from where it was earlier less than a quarter ago.

DNA of the organisation

And that expansion will continue for Kouzina. This despite the rising competition as more and more offline brands go digital and many new entrants enter the industry to seize the opportunities at hand, says Gautam.

He believes Kouzina’s ‘digital DNA’ and team of experienced people running it will prove to be an advantage over competitors.

“The DNA of an organisation matters. The DNA of our cloud kitchen business is digital. Setting up a kitchen is not the challenge. The real challenge in this business is generating demand through these digital channels without having any signage or mainstream presence or branding, which is how the traditional restaurants work. That is a very different DNA. The use of tech, understanding of digital, and use of data to run operations in a distributed way is very different from running a restaurant,” Gautam emphasises.

For this reason, Gautam is “not too concerned” about new entrants in this space, particularly traditional offline restaurants and brands.

Inside Stack Overflow’s $1.8B deal with Prosus

Razorpay announces its third and largest ESOP sale of $10M