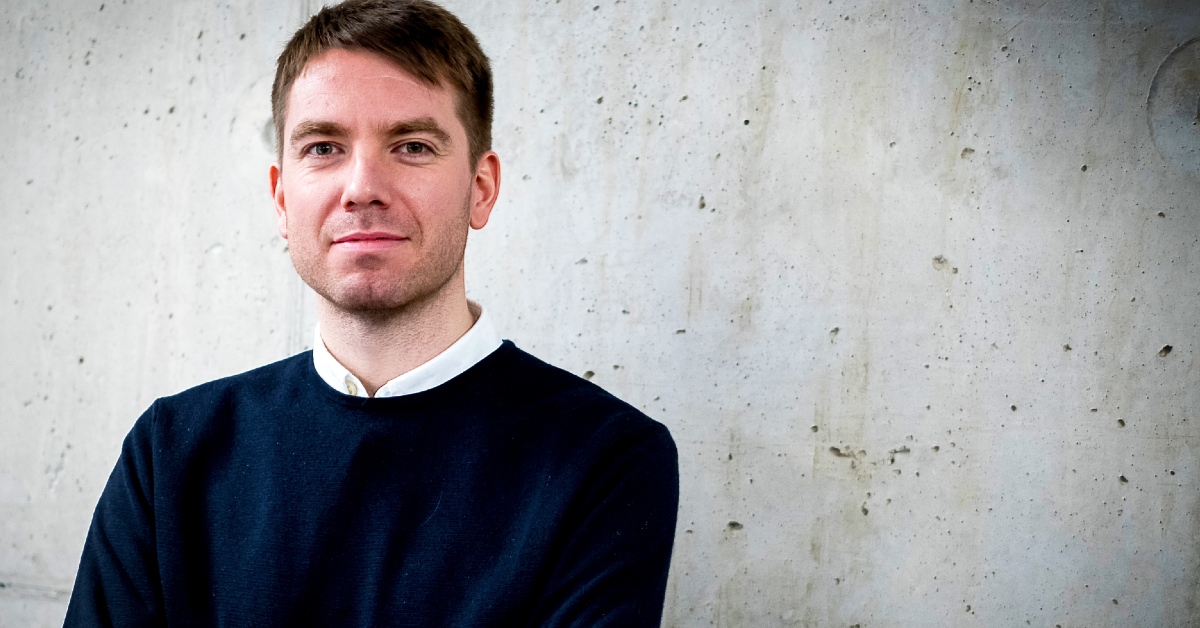 Richard Potter, Atul Sharma and David Leitch came up with the idea of creating Peak at a Manchester pub, or as Potter calls it “the original epicentre of communities, idea exchanges and attitude!” They had their pints and a napkin with doodles of the first drawing of what the Peak’s Decision Intelligence Software could be.

“This picture now hangs in our office and reminds us that we’ve all come a long way since we had the idea but our search for original perspectives, innate curiosity and our ability to reimagine the world, remains at the heart of what we are today,” Potter tells Silicon Canals.

Peak has announced today that it has raised a $21M (nearly €17.4M) Series B funding round led by venture capital firm Oxx, with participation from existing investors MMC Ventures and Praetura Ventures, and new investor Arete. This brings Peak’s total funding raised to date to $43M (approx €35.62M).

“AI enables businesses to make consistently great decisions, faster and more accurately than ever before. Yet until recently this power was only in the hands of a select few. Our software empowers day-to-day decision makers across businesses, and we’re proud to be working with household names such as PrettyLittleThing, KFC, and PepsiCo, and other industry leaders like Marshalls and Speedy Hire,” says Potter.

According to the company, this latest funding will fuel its ambitious global expansion to meet strong demand, with new offices opening in both the USA and India, as well as continued R&D investment in Peak’s Decision Intelligence software. Peak is, therefore, planning to create 130 new jobs globally in the coming year, especially for its Data Science, Engineers and commercial teams.

“We’re delighted to have secured this new funding in an oversubscribed round. The financing and Oxx’s support will further catalyse our growth and expansion plans, and will help us empower many more businesses worldwide with Decision Intelligence over the coming years,” he adds.

Headquartered in London and Stockholm, Oxx is a specialist SaaS venture capital fund, backing Europe and Israel’s most promising B2B SaaS scale-ups from Series A and beyond. It was founded in 2017 by by Richard Anton and Mikael Johnsson. As part of the round, Anton also joins the board of Peak.

After raising a total of approx €35.62M in funding, one might infer that Peak, as a company, is quite adept at fundraising. However, the company did face its share of troubles while raising funds during its initial days, especially because it was based in Manchester.

“When we first started to look for seed funding back in 2016, being based in the north west had its limitations. Thankfully, we had the support of the likes of Tech North (now Tech Nation) and met our investors at TC Disrupt in London. It’s safe to say that we’ve spent a lot of time on the train from Manchester to London over the years,” he says.

He further adds, “I hope that companies like ourselves and Mattillion can play a part in growing a deeper software tech scene in the north west region and drive the next revolution from Manchester!”

Peak claims that its Decision Intelligence software allows a broader range of companies to access these supercharged technologies that were previously only accessible to a select few, such as tech giants Google, Amazon and Netflix. “With Peak, businesses of all sizes are empowered to make great decisions with the help of AI across their sales, marketing, demand management, and supply chains,” says the company.

Talking about the company’s revenue generation streams, Potter says, “As a SaaS company, our customers pay a subscription to use CODI, our Decision Intelligence system, and its applications. So, in that sense, we’re a classic high growth, venture-backed SaaS company.”

According to Peak, it has seen rapid growth over the past 12 months with revenues doubling due to new customer wins in Europe, the USA, Middle East, and India.

“AI adoption in businesses saw a rapid acceleration in 2020 as companies looked for new ways to boost sales and maximise profits. This is especially true for the many firms prioritising digital transformation in the wake of evolving consumer demands. This was particularly pronounced in 2020 and led to an increase in the already growing demand for ‘Decision Intelligence’; software that embeds AI into decision making to drive commercial performance.  The impact has supercharged Peak’s revenues in 2020 (doubled) and Peak’s margins have continued to be best in class.

The company claims that its Decision Intelligence Software software processes about 570TB, making 200,000,000 predictions and 2,600,000 automated decisions for its customers every single day. Its customer base includes PrettyLittleThing, KFC, PepsiCo, Marshalls and Speedy Hire.

Delhi unlock process to begin from May 31; factories, construction activities allowed for one week

Tips on how Rebecca Minkoff got going her business with $10, 000 and then an appetite as for risk

With an online food delivery startup, this ex-Google employee aims to bring Indian cuisine to your doorstep