After all the mayhem in 2020 that saw E3 being postponed, it’s finally back this year. The event was streamed across the world and jokingly claims that it may even be watchable in space (depending on WIFI coverage).

To begin with, the best question to answer is, what is E3 and why is it such a big thing? E3, which stand for Electronic Entertainment Expo is a trade event for the video game industry and among enthusiast is often considered one of the definitive events to follow. The biggest and best-known game developers, publishers and hardware and accessories manufacturers use this event as their platform for making their announcements on the upcoming products and their future plans.

Given the nature of the event, we come to the point of what were the biggest announcements that were made this year?

Like many of the earlier years, there are so many amazing announcements that have come up in the 4 days spanning 12 June to 15 June. Starting at the basics, the three most notable gaming console manufacturers have shown so many games that I am now struggling to decide what I should play first.

Despite this, there are a few games I am looking forward to more than others, like Redfall. Redfall was announced by Bethesda and it looks like a really fun open-world CO-OP shooter that will be released next year. The game pits players against vampires in the town of Redfall as a means of survival and these vampires have some serious issues when it comes to their treatment of humans.

Forza Horizon 5 is an open-world racing game based in Mexico that allows players the option of exploring a wide number of areas in a vehicle of their choosing. This can range from the Rainforests to the cities and even the open desert. To be honest I saw my all-time favourite car in the trailer (Mitsubishi Lancer Evo X) so I am very biased towards this game. The expected launch date is 9 November 2021.

Far Cry 6 is the latest instalment in the franchise and as a bonus, it lets players for the first time explore the backstory of the villains from the previous games in the franchise. This feature of looking into the backstory of major villains from across the various games makes me believe that this game will be one of the best games of this year when it comes out on 7 October.

The game Avatar: Frontiers of Pandora is not an instalment into the avatar series that features our favourite airbender, instead it is a game based on the world created in 2009 by James Cameron for his movie Avatar. This game has been talked about for quite some time now and the little bit that I know about makes me want to give it a try. If the claims are true then players will get to explore never before seen parts of the Avatar world in this game. Screengrab from Avatar: Frontiers of Pandora displayed at E3 2021. AFP

Rainbow Six: Extraction, which was originally supposed to be called Rainbow Six: Quarantine, thank you for finally learning your lesson Ubisoft is the latest instalment in the Rainbow Six franchise which has had its previous game Rainbow Six Siege stand out in the world of professional esports, and given that it has been 6 years, this might be an indication that Ubisoft is looking to shake things up in that regard. The game will be coming out on 16 September this year.

Stranger of Paradise: Final Fantasy Origin is a game that has me wishing I could fast forward time. Developed by Square Enix in collaboration with Team Ninja, I expect the game to be one for the history books. Team Ninja is the name behind two of my all-time favourite hack and slash game franchises, Nioh and Ninja Gaiden. I am hoping the gameplay is similar to what Team Ninja has achieved in the past. The game will be released sometime next year.

Guardians of the Galaxy has a game being developed for it and as a comic book fanboy, I can’t be happier. The game will allow one to play a variety of the characters from the guardians of the galaxy series and to be honest I am finding it hard to think of a reason why this could go wrong. The launch date is 26 October 2021.

Elden Ring is something I am excited about due to the involvement of George RR Martin. I expect the game to have a really rich storyline that makes it hard to dislike. The fact that it is being developed by Bandai Namco gives me hope that the gameplay mechanics will be just as polished as the story. The game is expected to come out on 21 January next year.

Starfield is promising due to the fact that I heard a couple of phrases being attached to it, open world and space. Given that so far there is only a teaser for the game I am not sure what to expect. If the game is done well by Bethesda it could be one of the most epic games of its time. The game is being planned for release on 11 November 2022.

EA decided that E3 was a great time to show off the gameplay trailer for their upcoming game Battlefield 2042. As much as I can tell from these trailers the game looks great and the fact that many of my friends are talking about giving it a try has me considering it. The game is expected to come out on 22 July 2021.

Dark Pictures Anthology: House of Ashes has me excited as I believe the game will offer a rather interesting storyline and also cater to those who want to play something with elements of horror involved. This game is expected to come out on 22 October 2021.

Legend of Zelda: Breath of the Wild 2 is a game I have been looking forward to since the day it was first mentioned. The previous game in the franchise, Legend of Zelda: Breath of the Wild was released exclusively for the Nintendo switch and to date remains one of my main reasons for owning that console (Pokemon games are the other reason). This game will be brought out sometime next year. 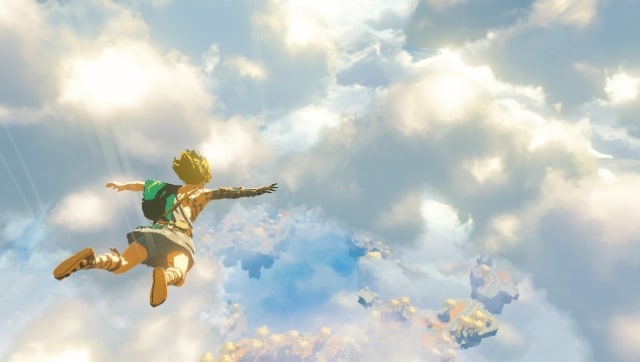 Promotional image released by Nintendo for Legend of Zelda: Breath of the Wild 2. AP

Astria Ascending is a game that stands out to me for its unique art style. The characters and the whole game has a hand-painted feel to it, and as such, I am very keen to try playing the game. even if the gameplay turns out to be very ordinary the screenshots of the game alone should make some nice posters. The game launches later this year.

Shin Megami Tensei V is a game coming out for the Nintendo Switch on 11 November 2021. The game throws the player into an alternate version of Tokyo where Demons and Angels exist. The player is then expected to fight for their survival, along the way finding ways to recruit some of the friendlier demons as companions. The gameplay and the idea of the interactions with various creatures in the game makes me want to give this title a try at the very least.

Fatal Frame: Maiden of Black Water is one really creepy game and that makes it the best horror title revealed at E3. To be honest, the game is not exactly new, it existed on the Nintendo Wii U all the way back in 2014 but it only makes its way onto PC, XBOX, PlayStation and Nintendo Switch later this year. In the game, one is forced to confront a host of ghosts spread across a mountain armed with only a camera, that is used to scare them off. Truthfully even the trailers gave me the chills and this makes it a top horror game in my books.

An interesting idea in need of refinement- Technology News, FP