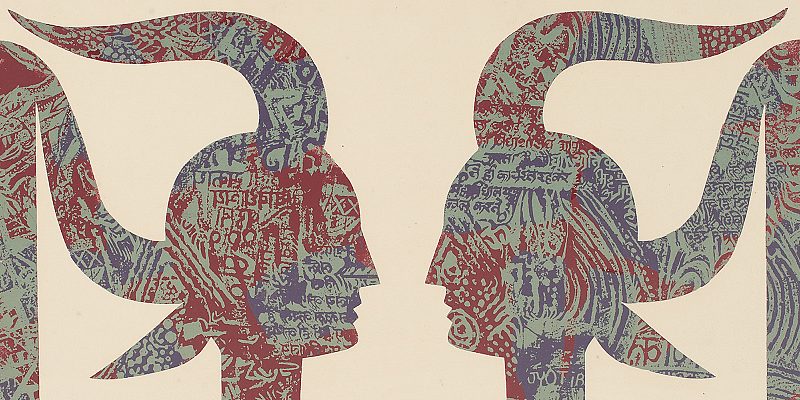 The year 2020 was one of tumultuous emotions, ranging from helplessness and fear to compassion and heroism. This was the inspiration for the leading arts company DAG’s exhibition, Navrasa: The Nine Emotions of Art.

Artworks on these themes were showcased at its galleries in New Delhi and Mumbai, depicting a wide range of emotional visualisation through Indian art. The galleries are now officially reopened for art lovers, connoisseurs, patrons, and collectors.

DAG’s current exhibition, running into March, is titled Ways of Seeing. It focuses on the theme of the gaze, with over 150 works by female and male artists paralleling the modern art movement in India.

Images of some of these artworks are reproduced in this photo essay with permission from DAG, along with others from its collection. Some of the artworks are priced from Rs 30,000 upward.

Ashish Anand, DAG CEO and Managing Director, joins us in this two-part interview on the organisation’s vision and journey over the years.

YourStory [YS]: What was the founding vision of DAG? What gap or opportunity did it address?

Ashish Anand [AA]: DAG was founded in 1993, and almost from the beginning its vision has been very clear—to re-discover the great masters of Indian art whose estates and legacy had been lost to time.

With economic liberalisation, there was a good deal of interest around the world in all things Indian, including contemporary art and artists, but the great modernists continued to remain neglected.

DAG has specialised in this secondary market space, ensured research, documentation and recognition of some of the greatest Indian artists ever.

We have recorded these achievements by way of exhibitions, books, lectures and ongoing engagements with curators and other art experts. It has also built India’s largest art inventory.

YS: What has been the journey of DAG so far?

AA: Art has to be seen and experienced. Our deep inventory has been put to use for hosting historic exhibitions that explore different genres, art movements, relationships and artist retrospectives—all of them accompanied by catalogues and books written by experts.

DAG has expanded its galleries to include spaces in New Delhi, Mumbai and New York. Exhibitions are routinely held, accompanied by curatorial walks, panel discussions, and conversations.

Over the years, DAG’s participation in India Art Fair has been the largest and most significant. It has also represented India at art fairs around the world as well as the Kochi-Muziris Biennale, Documenta, Shanghai Biennale, and so on.

We have collaborated internationally and in India with organisations such as Bhau Daji Lad Museum, Mumbai, Punjab Lalit Kala Akademi, Chandigarh, Jawahar Kala Kendra, Jaipur, Victoria Memorial Hall, Kolkata, and other organisations for the promotion of art.

Since 2019, DAG has also become associated with museums for which it provides content and manages shows in locations such as New Delhi’s Red Fort, Kolkata’s Old Currency Building, and Varanasi.

YS: What was the vision behind the Navrasa exhibition? How were the artworks picked and curated?

AA: Exhibition themes allow curators to beguile viewers into seeing art from various perspectives—often in ways people would not know how.

With Navrasa, the attempt was to understand Indian modern art through the ancient treatise of the nine emotions that power sub-continental art, music, dance and literature. Works were, therefore, picked from the point of representing these moods or emotions.

It was an unusual tone to apply to modernism, respectful of the art, and drew huge appreciation for its nuances.

YS: Does DAG also conduct or host workshops? How has the pandemic affected these activities?

AA: Yes, we have a host of workshops and programming at our galleries and museums. Things have slowed down because of COVID-19 and moved online, but we see us providing a new thrust in this direction in 2021, once restrictions are eased further.

Now, what have you done today to pause in your busy schedule and connect to your cultural roots and core?

See also the YourStory pocketbook ‘Proverbs and Quotes for Entrepreneurs: A World of Inspiration for Startups,’ accessible as apps for Apple and Android devices.

CMO Kathryn Sharfman on the Balance of Doing and Telling

Why You Should Diversify Your Traffic Sources –

Some states to begin jabs for 18-44 years on May 1, vaccination drive to stabilise with time: Centre