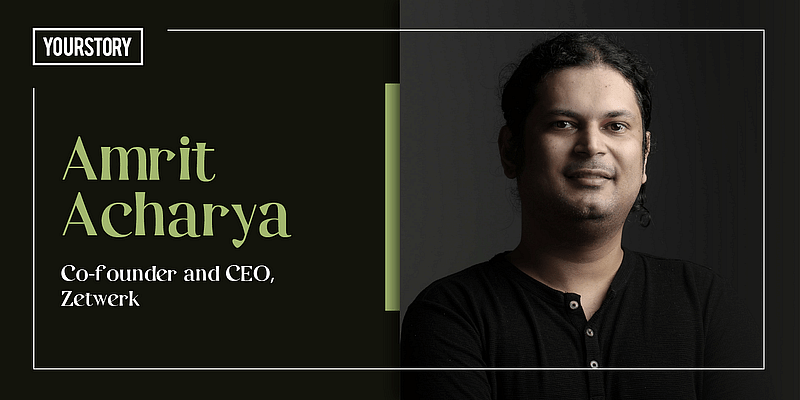 B2B manufacturing startup ﻿Zetwerk﻿ raised $150 million in Series E round at a valuation of $1.33 billion, making it the latest entrant to the unicorn club. The firm also claims to have become profitable on EBITDA level.

The round was led by New York-based D1 Capital, with venture capital firm Avenir and Mumbai-based IIFL Asset Management Ltd joining in as new investors. Existing investors including Sequoia Capital, Lightspeed Venture Partners, and Greenoaks Capital also participated in the round.

The Bengaluru-based firm will invest the funding into research and development, expanding into new geographies, and team building.

“We grew so fast that we still have to do more development on our software and our team,” Amrit Acharya, CEO and Co-founder, Zetwerk told YS.

The B2B manufacturing platform will be the 24th Indian startup to enter the coveted billion-dollar valuation club. The Indian startup ecosystem has been witnessing a boom in funding as many investors back Indian consumer-internet startups due to an increase in digital consumption accelerated by the pandemic. In the last eight months, at least 23 startups have attained unicorn status, compared to 11 in 2020.

Run by Zetwerk Manufacturing Businesses Pvt Ltd, the B2B manufacturing platform, which converts any design — be it from a t-shirt to an aircraft engine — into a finished product, was founded in August 2018. The founding team consists of Amrit, a former associate at McKinsey & Company, Rahul Sharma and Srinath Ramakkrushnan, who earlier worked at logistics firm Blackbuck, and Vishal Chaudhary, Rivigo’s former business lead. Srinath was also a part of OfBusiness’ founding team, which recently entered the unicorn club.

Zetwerk started working in manufacturing industrial products for oil and gas, structures steel, among other industries. The firm also works with consumer firms to manufacture apparel and television, and also made forays into the aerospace and defence sector in May.

“Overall, we are very sector agnostic. Our job is to work with any and all kinds of manufacturers,” says Amrit.

Zetwerk claims it makes money on every transaction and has also increased its order book to Rs 5,000 crore from Rs 4,500 crore in July 2021.

After gaining traction from American companies for electric vehicles and renewables, among others, Zetwerk also opened an office in the US with 10 personnel, to get more insights into the market.

“Most of our conversations so far have majorly happened online. If we are catering to the US, then we would want to get a better understanding about the market,” says Amrit.

As of now, about 80 percent of the 100 international enterprises Zetwerk is working with come from the US.

The startup is currently working with a total of 600 enterprises and plans to reach at least 1,000 companies by the end of the current financial year.

7 Days left to apply to pitch your startup at TC Sessions: Mobility – TechCrunch

Spotify and Discord go down, forcing Tuesday upon us – TechCrunch

Things You Shouldn’t Neglect When Running Your Business