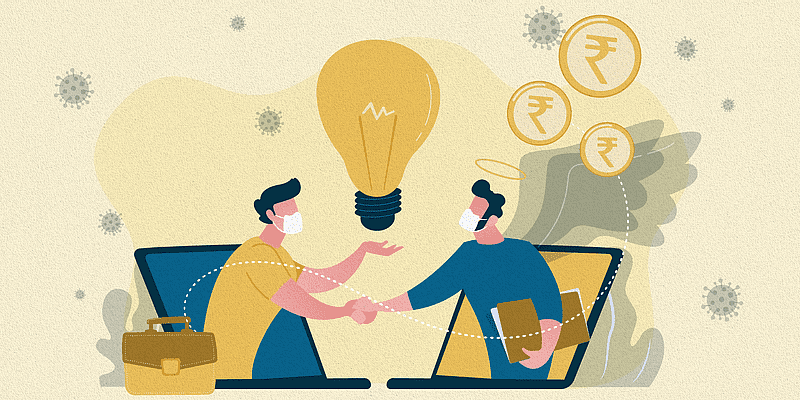 The company claims the fundraise is the largest in the world raised by an aquaculture tech startup.

eFishery will use the funds to scale up the platform and expand in new geographies including China and India, among other top 10 countries for aquaculture.

Started in 2013 by Chrisna Aditya, Gibran El Farizy, and Muhammad Ihsan Akhirulsyah, the platform currently claims to have deployed thousands of smart feeders, catering to more than 30,000 farmers across 24 provinces in Indonesia.

These investors include Archana Priyadarshini, partner at PointOne Capital, Rocketship VC’s Sailesh Ramanakrishnan, and Kuberan M of YC Angel Investor, who also participated in the round.

The year-old firm will use the funding to strengthen their product, including payments engine, and enter new market segments. Ippo Pay is looking to offer their services to small and medium businesses. The company is also in the process of launching buy now pay later (BNPL) services.

Founded in 2019 by Nitin Chawala, OneDios provides their clients’ end customers with a seamless experience when someone has raised a request. The firm tackles issues including call dropping, waiting in on-call queues for extended periods of time, and repeating the same information to different call centre executives, amongst others.

Founded in January 2021 by Prashant Mahajan, a former product manager at Tokopedia, and Vaibhav Devpura, Zeda.io plans on using the funds for developing their product and team expansion.

While the firm is based in Bengaluru, it is registered in Delware, USA.

Pepper Farms, an agritech startup, raised $1 million in seed round from Axilor Ventures.

Angel investors including Himanshu Aggarwal, Co-founder of Aspiring Minds; Raman Uberoi, former COO at CRISIL; Sunil Kalra of Via Projects; and Rahul Jain, Co-founder, Epigamia also participated in the round.

The Gurugram-based company will use the funds to strengthen its operations.

Nirog Street raises $1 million in pre-Series B round

Delhi-based ﻿NirogStreet﻿ raised $1 million more as part of their pre-Series B round from Singapore-based RB Investment; Namrata Ganatra, VP of engineering at Thrasio; and Amit Midha, President Asia Pacific and Japan, Dell.

Namrata, a Standford University graduate, has also joined the company’s board as the product and technology advisor.

Nirog Street was founded in 2016 by Ram N Kumar, who earlier ran a think tank. The startup provides an online platform where consumers can consult doctors practising Ayurveda and can also buy medicines for their needs.

So far, the company has raised $8.8 million from Hong Kong-based CE Ventures and Amand Ventures, which is based in Singapore, among others.

Founded in 2021 by Divij Goyal, who earlier founded the shopping platform CitiMall, and IIT Roorkee graduate Ankit Shrivastava – Trade X is a platform where users can double down on their investments or hedge positions on future events. The bets can be based on scenarios such as India having 10 lakh daily new COVID-19 cases by January 31, 2022 or whether Hindi film actors Alia Bhatt and Ranbir Kapoor will get married before Brahmastra movie release.

The product is focused on consumers in non-metro cities and is currently operational in entertainment, finance, news and sports, among other categories. TradeX claims to have traded over Rs 10 crore and have more than one lakh users trading on the platform.

The company will use the funding to develop their product to cater to more exams, and bolster tech infrastructure to start online classes.

Eduncle also plans on augmenting its doubt-solving features with the integration of AI and ML.

Easy to Pitch raises $135,000 from Venture Catalyst, others

Founded in 2017 by serial entrepreneurs Priyanka Madnani and Nikhil Parmar, Easy to Pitch is a platform for founders. The firm works with new entrepreneurs in developing pitches, evaluating financial valuations, and grooming founders, among other services.

The company will use this funding to develop their new software as a service (Saas)-based product.

Priyanka Madnani, Founder and CEO of Easy to Pitch

The software as a service (Saas) player also got backing from existing investors Wavemaker, and SEEDS Capital.

Founded in 2015 by Raj Sunder, a software engineer who earlier worked with Virgin Mobile, Wootag provides visual interactive and insights for marketers.

The firm will use the funding to scale in Asia-Pacific regions. Wootag will also enhance in-video interactivity for increased audience engagement and work on artificial intelligence (AI) capabilities.

Glamplus raises $700,000 from Blume Ventures, others

﻿Glamplus﻿, a software as a service (Saas) enabled marketplace startup, raised $700,000 from Blume Ventures and Livspace’s Ramakant Sharma. Inflection Point Ventures, which is an existing investor, also participated in the round.

The funds raised will be utilised in product development and expansion in business to business (B2B) marketplaces.

Founded in July 2020, Glamplus is a SaaS-enabled curated B2B marketplace. The firm works with large, medium and small businesses, such as salons and spas, to adopt technology and grow their businesses digitally.

Lincode, an artificial intelligence (AI)-based inspection firm, raised another undisclosed round from Accel.

Founded in 2017 by Rajesh Iyengar and Ritika Nigam, ﻿Lincode﻿ uses Artificial Intelligence and Industrial IoT solutions to increase the profitability of companies in the manufacturing, healthcare, and fintech sectors.

PulsOps, a no-code analytics platform, raised an undisclosed pre-seed round from Antler India.

The company founded in 2021 by Indian School of Business (ISB) graduates Shobit Sharma, Morahari Reddy and Nitin Garg, serves high-velocity sectors including quick commerce, delivery and logistics, among others.

In these sectors operations, teams navigate multiple aspects on spreadsheets and manual processes. PulsOps is aiming to make these processes efficient and easier for other firms operating in high-velocity sectors.

Some states to begin jabs for 18-44 years on May 1, vaccination drive to stabilise with time: Centre

How agritech startup Poshn is bringing order in an unfragmented sector