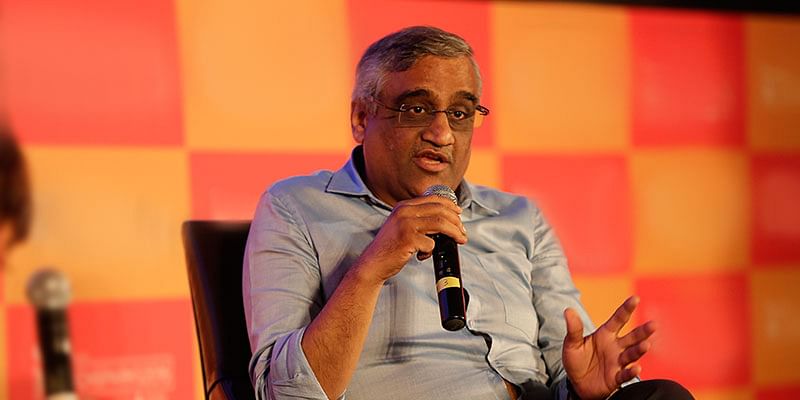 Future Group has alleged that Amazon had asked for $40 million (around Rs 290.41 crore) in compensation for the deal with Reliance Industries, a charge that the ecommerce major termed as “false and misleading claims”.

According to documents submitted to the emergency arbitrator of SIAC by the Kishore Biyani-led firm, Amazon had asked for $40 million in compensation from Future Group for the deal with Reliance Industries, and that the US-based company was well aware of the Rs 24,713 crore Future-RIL deal.

However, an Amazon spokesperson said the company denied the “false and misleading claims being made by the Future Group on a purported request for compensation to forego the right of first refusal”.

“This is a questionable and an ill-timed attempt to mislead the public at large, more particularly when Amazon has filed a special leave petition in the Supreme Court. Amazon has consistently offered to assist FRL during the economic downturn caused by COVID and reiterated our openness for a dialogue even during the Delhi High Court hearings, which was declined by Future Group,” the spokesperson said in an emailed statement.

The story so far

In August 2019, Amazon had agreed to purchase 49 percent of one of Future’s unlisted firms, Future Coupons Ltd (which owns 7.3 percent equity in BSE-listed Future Retail through convertible warrants), with the right to buy into the flagship Future Retail after a period of three to 10 years.

On August 29, 2020, Future Group had announced that its retail and wholesale business would be sold to Reliance Retail, owned by oil-to-chemical conglomerate RIL in a Rs 24,713 crore deal.

In October 2020, Amazon dragged Future Group to arbitration at Singapore International Arbitration Centre (SIAC), arguing that Future violated the contract by entering into the deal with rival Reliance.

Future Group, in its submission to SIAC in October last year, stated: “In August 2020, two phone calls among the 3rd respondent (Kishore Biyani) and 8th respondent (Rakesh Biyani) and Abhijit Mujumdar on behalf of the claimant (Amazon.com NV Investment Holdings LLC), the claimant asked for $40 million as compensation in exchange for the Future Group and Reliance proceedings with the disputed transaction”.

“The claimant’s contention in the NOA and the application that it did not have any information in connection with the disputed transaction is incorrect,” the document – a copy of which was seen by PTI – said.

The document – dated October 12, 2020 – also noted Future Retail had made a public announcement on August 29, 2020, about the deal “after having informed the claimant’s representatives that discussions were ongoing with Reliance”.

“So, leaving aside the messages, calls and e-mails referred, the claimant was aware of the disputed transaction for more than a month before it initiated the present arbitration proceedings,” Future said in its submission, a copy of which was seen by PTI.

On October 25, 2020, an interim award was passed in favour of Amazon with a single-judge bench of V K Rajah barring Future Retail from taking any step to dispose of or encumber its assets or issuing any securities to secure any funding from a restricted party.

Even after the interim award, Amazon and Future Group remain locked in a legal tussle in the matter. Both parties have approached several legal forums.

On the other hand, the Future-Reliance deal has already received clearance from CCI, SEBI, and bourses, and the scheme of arrangement is now awaiting the nod from the National Company Law Tribunal (NCLT) and shareholders.

How to Transition to Virtual Selling to help your business survive COVID-19.

Using NFTs for Memberships: The Future of Business