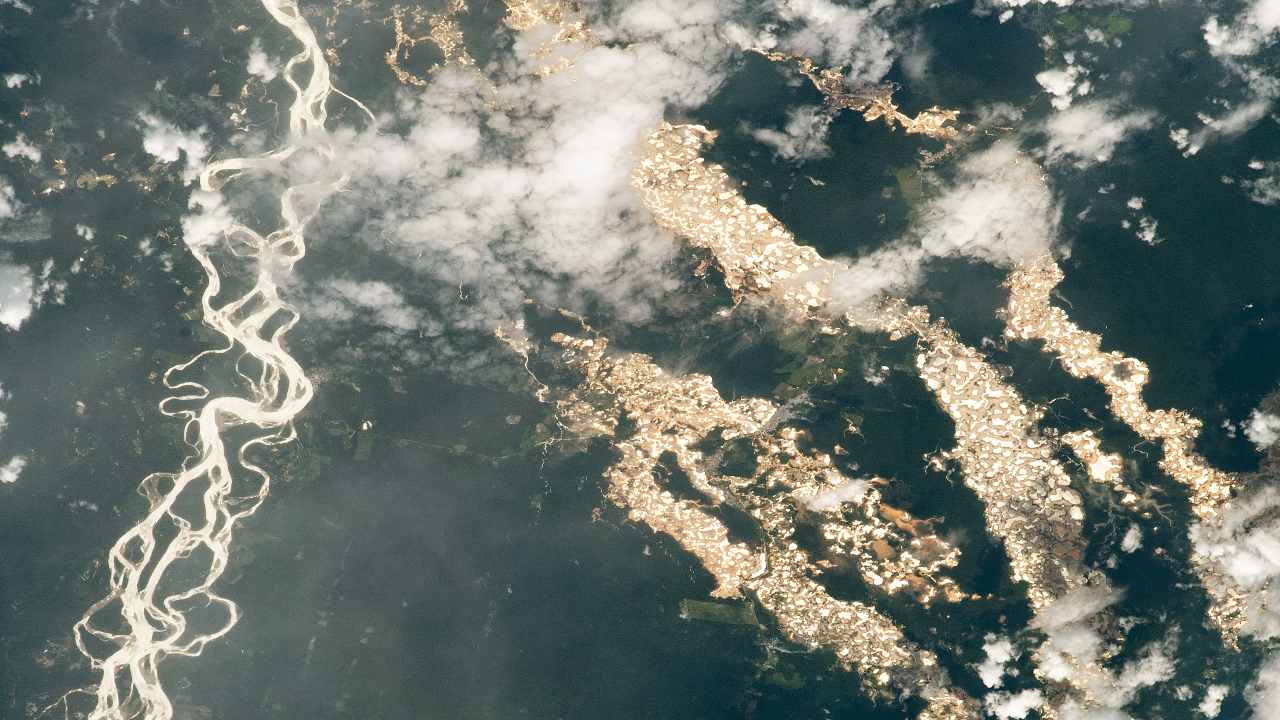 Strings of gold rivers in Peruvian Amazon have been captured from the International Space Station and the images are awe-inspiring. The pictures were clicked by a member of the Expedition 64 crew atop the ISS and makes the rainforest look like a mythical land of hidden treasures. However, these are not rivers with actual gold flowing in them but just reflection of sunlight on hundreds of pits of muddy water. This does not mean that gold is not present in the region of Peru though. According to NASA’s Earth Observatory website, these rivers are in fact gold prospecting pits that have been dug up by independent miners on their hunt for the gold. Usually, the pits remain hidden from the view of an astronaut in space. Either the cloud cover shields it or being outside the Sun’s glint point hides it, but these pictures were luckily captured by the astronaut from the Amazon rainforest in Peru’s Madre de Dios state.

Peru is a major contributor of gold, being the sixth largest producer of the precious element in the world. Moreover, Madre de Dios is one of the biggest independent gold mining industries thus it is not a surprise that so many gold prospecting pits or gold rivers have been dug out there.

The report went on to brush up on the ill effects of mining. Not only mining for gold and other minerals causes deforestation it can also lead to mercury pollution. Large amounts of mercury are produced and left unfiltered during the extraction of gold as miners combine sediments with boiled mercury so as to distinguish gold from other minerals. As per a report by Nature, around 55 tons of mercury ends up in water bodies or the atmosphere every year.

But yet again, hundreds of people are dependent for their survival upon the act of unregistered mining. Some areas have been kept off limits for mining, like the Tambopata National Reserve.

China first country to be given malaria free certification by the WHO- Technology News, FP

LG has announced that it is closing down its mobile phone business worldwide- Technology News, FP