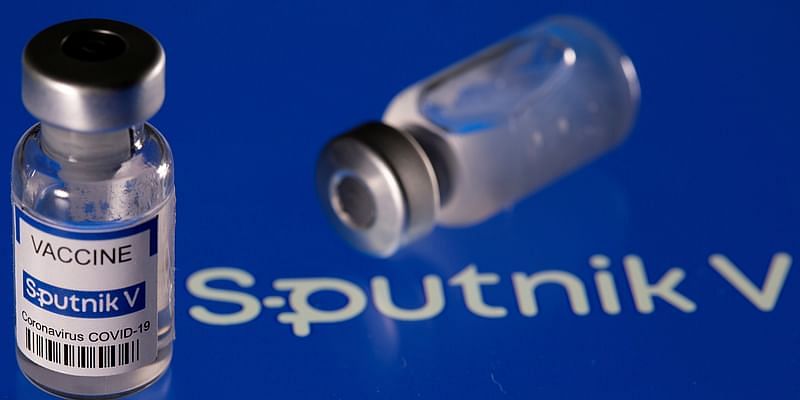 The government is hopeful of a speedy launch of single-dose COVID-19 vaccine Sputnik Light in India and all stakeholders, including the Russian manufacturer and its Indian partners, have been directed to fast-track the application and regulatory approval procedures for the jab to boost the country’s vaccination drive, sources said on Thursday.

An application seeking regulatory approval for Sputnik Light is expected to be filed in the next couple of weeks and it could become the first single-dose vaccine to be launched in India, sources said, citing high-level discussions held among top government officials in the recent days to boost domestic availability of COVID-19 vaccines.

At a meeting chaired by the Cabinet Secretary last week, it was suggested to immediately convene a meeting with all concerned stakeholders including the Department of Biotechnology Secretary, Drugs Controller General of India (DCGI), the Ministry of External Affairs representatives, the Union Health Ministry officials, RDIF (Russian Direct Investment Fund) and domestic manufacturers to expedite the regulatory approvals for Sputnik Light.

Also, with the rollout of Sputnik’s one-dose jab, the issue of the criticality of recombinant Adenovirus Type-5 (rAd-5) component, which is used in the second dose of the presently-approved double-dose Sputnik V vaccine and for production of which manufacturers are not very comfortable, will also become redundant, sources privy to the discussions said.

On Sputnik Light, it was discussed in the meeting that Russia has already approved this vaccine and trials are ongoing in other countries.

Drugs Controller General of India (DCGI) informed other participants that the application for regulatory approval of Sputnik Light is expected to be filed in the next 2-3 weeks.

It was also highlighted during the meeting that six Lakh imported double-dose of Sputnik-V will be available in May 2021, one crore imported doses in June 2021 and 2.8 crore doses (2.4 Crore imported and 40 Lakh manufactured in India) in July 2021, sources said.

From August 2021 onwards, locally manufactured Sputnik V vaccine will be available in the domestic market and technology-transfer arrangement for manufacturing of Sputnik-V vaccine has been firmed up with six Indian manufacturers, sources added.

The Department of Biotechnology and the Central Drugs Standard Control Organisation (CDSCO) are in touch with all these manufacturers to provide the necessary support to them in setting up their manufacturing facilities.

It was also flagged during one recent meeting that the domestic manufacturers are not very comfortable with the production of recombinant Adenovirus Type-5 (rAd-5) component, which is used in the second dose of vaccine, due to its low yield and their inability to fully absorb its production process.

Another round of meeting with the manufacturers and RDIF is likely to be held soon to resolve this issue.

At the same time, it was noted that the availability of single-dose Sputnik Light in the domestic market can significantly boost the country’s vaccination drive.

“Besides, the issue of the criticality of rAd-5 component will also become redundant with its launch. It was, therefore, suggested that NITI Aayog may immediately convene a meeting inviting all relevant stakeholders including the DBT Secretary, DCGI, representative of MEA, representative of Health Ministry, RDIF and domestic manufacturers to expedite the regulatory approvals for Sputnik Light,” another source said.

The two-dose Sputnik V had received the Indian drug regulator’s permission for restricted emergency use with certain conditions on April 12. Dr Reddy’s Laboratories is importing the vaccine for use in India.

The Gam-COVID-Vac combined vector vaccine (Component I and Component II) has been developed by the National Research Center for Epidemiology and Microbiology of the Ministry of Health of the Russian Federation and is approved in 30 countries across the world.

DRL has collaborated with the Russian developer for obtaining regulatory approval for import for marketing in India.

The interim results of safety immunogenicity and efficacy from the Russian phase-3 clinical trial have been published in the Lancet journal.

With many states reporting shortage of vaccines, the government is trying to secure imported jabs, including of Russia’s Sputnik vaccines, while talks are also underway for COVID-19 vaccines developed by US majors Pfizer and Moderna.

Besides, the government is also looking to ramp up domestic manufacturing of vaccines, including those made by Serum Institute and Bharat Biotech, among other Indian manufacturers currently in various stages of their vaccine production.

How entrepreneurs can find their path in the new economy