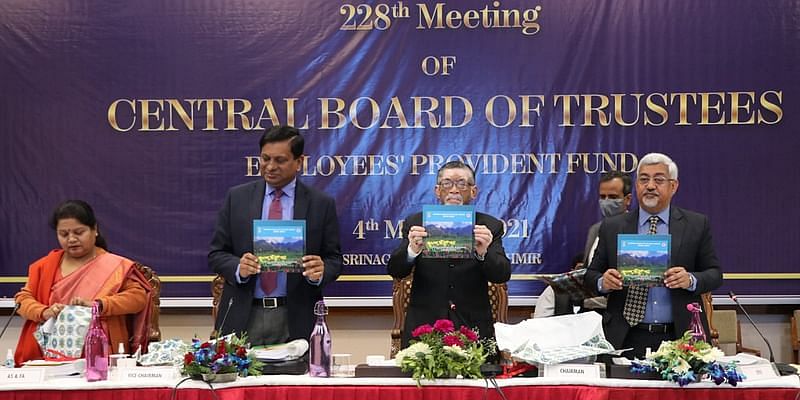 The government-run Employee’s Provident Fund Organisation (EPFO) on Thursday confirmed that it will retain 8.5 percent interest rates on provident fund deposits for the financial year 2020-21.

The rate was decided by EPFO’s Central Board of Trustees held in Srinagar, presided by Minister of State for Labour and Employment Santosh Gangwar.

The news brings much relief among the working class as there were talks of a reduction in interest rate, owing to an overall economic downturn. Last year in March, EPFO had reduced the interest rate to a seven-year low of 8.5 percent for the financial year 2019-20.

An official statement released by the Ministry of Labour and Employment said, “A high EPF interest rate, along with compounding, makes a significant difference to gains of subscribers. This is despite the fact that EPFO has consistently followed a conservative approach towards investment, putting the highest emphasis on the safety and preservation of the principal first approach. The risk appetite of EPFO is very low since it involves investing poor man’s retirement savings also.”

It added, “The assured fixed return approach of EPFO, announced by CBT every year along with the tax exemptions makes it an attractive choice for investors, providing them with strong social security in the form of provident fund, pension, and insurance schemes.”

Ever since the financial year 2015-16, EPFO has been cautiously investing in equities through exchange-traded funds based on the NSE 50 and BSE 30 indices.

This initially started at 5 percent for FY15 and subsequently gone up to 15 percent of the incremental portfolio. The retirement fund body claims that it has now liquidated these investments to allow the body to offer an unchanged interest rate.

EPFO also added that there is no over-drawl on the EPFO corpus due to this income distribution.

Inside Stack Overflow’s $1.8B deal with Prosus