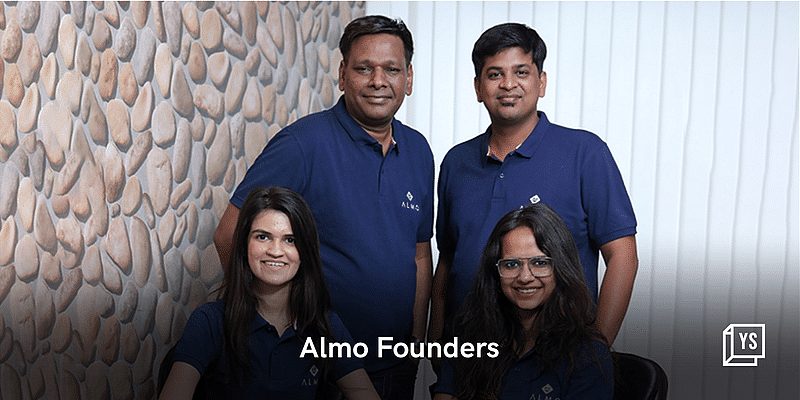 Once seen as the domain of women, shopping seems to have become more inclusive with more men spending more money on consumer goods than they used to.

Abhishek Shah, who has been working in the men’s space for over a decade, believes men are not inherently shoppers. “They would buy something or the other now and then,” he says.

Both Amazon and Flipkart have revealed an increase in the number of male shoppers online, which makes it important for retailers to pay attention to what men want. Abhishek and his co-founders at Gurugram-based men’s loungewear brand ﻿Almo﻿ aim to do just that—by reinventing the men’s essential wear experience.

Before serving as CEO at CarDekho—Bikes, Abhishek founded menswear startup Fatise in 2011. The digital portal let consumers buy global brands like Ralph Lauren at a discounted price. However, the firm did not take off for many reasons, including the fact that ecommerce was not as prevalent then as it is now.

“We were probably early in the game and ecommerce was not what it is today. But the idea to build in the men’s space stayed with me since,” Abhishek tells YourStory.

In 2019, he started Almo, a men’s-focused undergarments and loungewear firm with Chhavi Bhardwaj, who earlier handled marketing at Myra Medicine; and Muskaan Jain, a third-generation entrepreneur from listed textile player TT Ltd. PharmEasy’s Kshitij Ladia joined the company in June 2022.

By the time the founders were ready to roll out their products, and had production, inventory, and last-mile delivery in place, the pandemic hit. Launch plans were brought to a halt.

“Our website, warehouse, inventory among other things were ready. But we were sitting at home for two to three months to understand what we should do,” Abhishek says.

But once Almo Digital Private Limited, which runs the brand, started rolling out products in June 2020, the company realised that locked-in customers were looking for loungewear online to navigate the COVID-19 lockdowns.

Buyers were also open to trying new brands, which led to the emergence and success of many D2C brands, including personal care brand MamaEarth, cosmetic brand SUGAR Cosmetics, and lifestyle products startup boAT.

The Gurugram-headquartered firm, which began its journey with men’s underwear, went on to launch micromodal trunks.

“The fabric is very popular but also a bit expensive to manufacture. So, we were on the lookout for more products. Customers suggested that we launch cotton innerwear, and we did that,” Abhishek says.

Cotton innerwear went on to become one of the brand’s bestselling products.

Almo soon expanded into the athleisure category—a segment that saw massive growth amid the work-from-home lockdown days—with T-shirts and shorts.

“We want to position ourselves not just as an innerwear brand but as an all-round men’s apparel brand in the premium space,” Abhishek says.

The brand currently delivers 15,000-20,000 pieces of apparel every month through digital channels. About 70% of orders come through their own website; the others are from Myntra and Amazon.

The brand is in the process of increasing its presence across marketplaces. It has started selling in the US through Amazon, and is also available on Nykaa.

The startup has raised a seed round of $1.9 million from Inflection Point Venture and AngelList.

As the world enters the post-pandemic era, Abhishek and his team realise the importance of having an offline presence.

“When one is starting a new brand, digital is the best bet. You can create demand and presence for your product. But after a point, offline is the way forward,” the founder says.

With more brands coming online, digital marketing is getting expensive by the day. While physical stores are not immediately on the cards, Almo will start taking steps to be available in offline shops by the end of the year.

Almo currently competes with Trifecta Capital-backed XYXX Apparel, Bengaluru-based DaMensch, which is backed by A91 Partners, and established brands including Jockey and Rupa, among others.

But Abhishek says that the brand’s positioning differentiates it from the competition. “We don’t just want to be an innerwear brand; we want to be a full-fledged men’s brand.”

how to leverage the dynamics of interaction, value and trust for business success

[Funding alert] AlphaSense raises $225M in Series D round, valuation jumps to $1.7 B