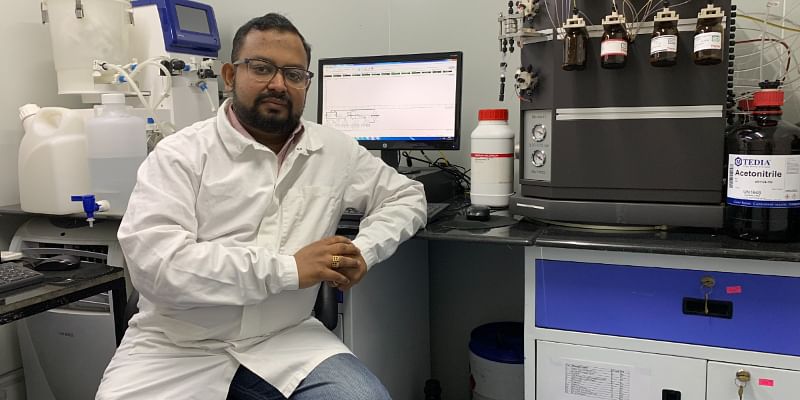 India has about five lakh cases of Duchenne Muscular Dystrophy (DMD), one of the various forms of muscular dystrophy that affects boys primarily, and causes progressive weakness.

Doing their bit to help find a cure for the rare genetic disease, Bengaluru-based Hanugen Therapeutics is developing innovative oligonucleotide-based therapeutics to solve the problem. The startup was founded in 2017 by Dr Arun Shastry, Ravdeep Singh Anand, and Manjula Muniraju.

DMD is a severe and fatal muscular dystrophy that primarily impacts boys. While girls are mainly the carriers of the gene mutations, boys suffer from the disease from a very young age. Patients suffering from the disease experience severe muscle weakness that usually begins around the age of four, and worsens quickly. In this disease, exons of the dystrophin gene might be deleted, thereby stopping the protein to work.

Speaking to YourStory, Dr Arun Shastry explains the startup is mainly working to provide multiple exons skipping for helping DMD patients. He adds that the current research is majorly centered around a single exon, but Hanugen is studying multiple exons to help patients with the rarest gene mutations.

“We received the clinical trial approval and Manufacturing Test Licence from CDSCO in August 2020, but did not begin work as we did not want to risk the children who are already immunosuppressed during COVID time. As part of this trial, which will go on for one year, children will be given IV injection shots once every week and their condition will be monitored,” he says.

Hanugen is also the winner of the Karnataka government’s  Idea2POC ELEVATE scheme under which the state government is looking to accelerate biotech innovations. Hanugen, which at that time was working as an NGO, registered itself as a startup on their recommendation to get access to innovation grants. As a part of this competition, it was awarded Rs 50 lakh to further develop its solution.

The journey began in 2012 when Dr Arun met Ravdeep Singh Anand, a parent who was looking for researchers to help his son who was diagnosed with DMD.

Ravdeep had launched Dystrophy Annihilation Research Trust (DART) in 2012 for developing research and to support families going through a similar situation. Dr Arun, who was also working to solve pediatric diabetes issues, realised the need to come up with a solution to help the children survive.

According to Dr Arun, DMD can affect one out of 3,500 boys and can lead to teenage death. He explains that DMD is one of the most fatal forms of muscular dystrophy.

With support from DART as the parent organisation, Hanugen was formed in 2017 to conduct research and find a cure for the rare disease. Ravdeep and Dr Arun also bought the Dystrophin Oligonucleotide manufacturing machine to develop a cure for the disease.

“Exon skipping targets the gene mutation and restores the deleted exons and helps in converting DMD in patients to Becker muscular dystrophy where the disease will not be cured completely but will retain some of the muscle activity of the patient, including the walking capability,” he explains.

Dr Arun says there is a need for funding support in order to successfully conduct clinical trials and come up with a solution for the disease. He adds the funding has been an issue because venture capitalists or angel investors may seek immediate results, which are not possible in this sector.

“We need venture philanthropists who will invest and donate for the cause. Yes, we will come back with results, but it is more important to receive funds and find a solution to the disease,” he says. “I do not want to make money, rather I want to solve the problem,” he adds.

Dr Arun says the funding will help Hanugen to bring the cost down and make the technology more affordable. “With the present funding, we can now cater to only 250 children a year, but with more funding, we will be able to scale up our offerings,” he adds.

He also says there is a need for the government to come up with a fast-track scheme or a separate policy for rare diseases to help innovators to access funds on emergency grounds. He explains that the rules for these type of diseases cannot be the same with general drugs.

Similar to Hanugen, C-CAMP-supported Aten Porus is also working on solving rare disease-related crises. It is mainly working on nanotechnology-based therapeutics for finding solutions to lysosomal storage disorders and other rare diseases.

“The government can help by making it easier by drafting rules. General drug development needs around $2 million. If we can have that amount, we will be able to give free treatment to 100 DMD patients,” he adds.

On the occasion of Rare Disease Day, Dr Arun is reaching out to the ecosystem leaders, venture capitalists, and corporates to come together and contribute towards fighting against the disease, which can kill thousands of children during their teenage years.

Making Social Engagement Data Work for You: How to Nurture Leads Effectively

At Torchbearers Inc.,Olympian Abhinav Bindra and Dream 11’s Harsh Jain uncover their hustle to win on and off the field

US to send raw materials to India for Covishield vaccine