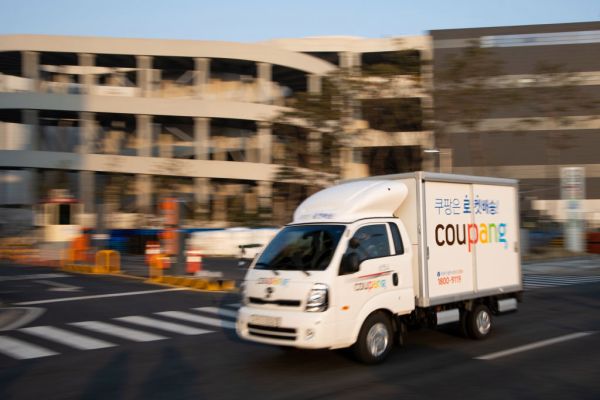 Korean e-commerce giant Coupang is expected to hold one of the biggest tech IPOs of the year on March 11. The company disclosed earlier this month that it is seeking up to $3.6 billion at a potential $51 billion valuation on the New York Stock Exchange. Founded in 2010, Coupang is sometimes described as the Amazon of South Korea, but for years it has managed the impressive feat of achieving an even higher dollar retention rate than Amazon, according to a report by Goodwater Capital.

Goodwater’s S-1 teardown of Coupang, released today, is based on a combination of proprietary consumer research and information from Coupang’s S-1 filing. Before launching Goodwater, co-founder Eric Kim was managing director at Maverick, an early investor in Coupang, and served on the company’s board from 2011 to 2017. Neither he nor Goodwater have holdings in Coupang, however, and are releasing the teardown as third-party research.

According to the report, Coupang is not only the current market leader in South Korea, but also “the only player making major market share gains, widening its lead over competitors” like G Market, 11 Street, Auction, WeMakePrice, Naver Shopping and TMON. In 2020, it increased its market share to 24.6%, up from 18.1% in 2019. 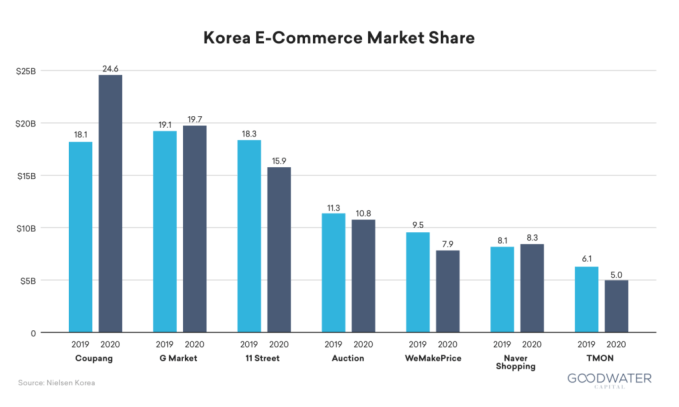 Notably, Goodwater’s research found that shoppers are more likely to return and spend money on Coupang than other e-commerce sites—not just compared to its South Korean competitors, but also other major e-commerce players around the world. Based on dollar retention rate (or the amount of money a group spends each year after they first use a platform), Coupang customers return and spend more money than shoppers on eBay, Etsy, Walmart or Alibaba in the U.S.

“Customers are coming back and spending at a rate that easily exceeds those platforms and closely matches the behavior on Amazon,” the report says. “But more surprising is that as early as 2017, Coupang’s performance already started to exceed Amazon, with year 3 dollar retention of 346% with Amazon at 278%. Later cohorts have already improved on that. The value of these customers are not only best-in-class in Korea, but likely the highest in the world.” 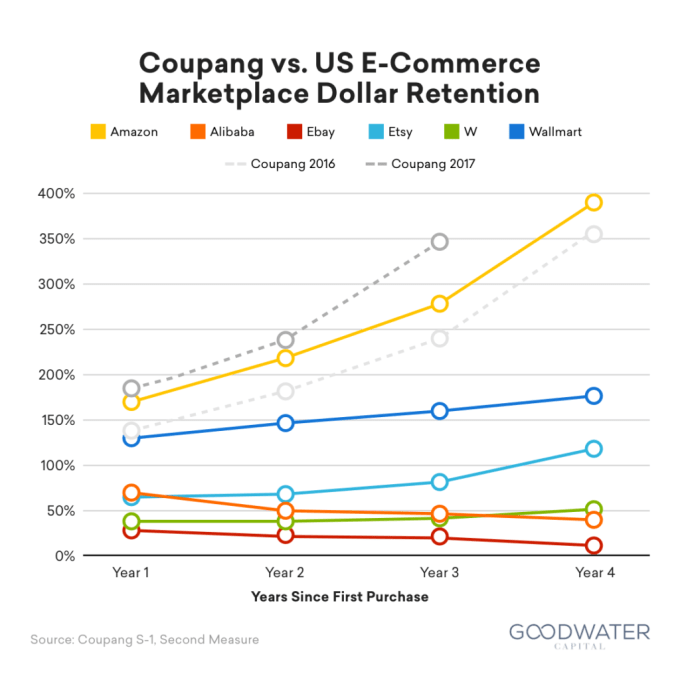 This is due in large part to Coupang’s heavy investment in logistics. When the company was founded in 2010, there were no major third-party logistics providers in South Korea comparable to UPS or FedEx in the U.S. Coupang had to build its own infrastructure and now has 100 fulfillment and logistics centers in 30 cities and 15,000 delivery drivers.

As a result of this aggressive focus, about 70% of South Korea’s population now lives within seven miles of a Coupang logistics center. This means it can offer free next-day delivery, same-day deliveries for items like groceries, and its trademark Dawn Delivery (order by midnight for packages that arrive before 7AM) for millions of products. This makes it especially attractive to shoppers in a country where “the work culture rivals that of the 996 work culture in China,” the report says. 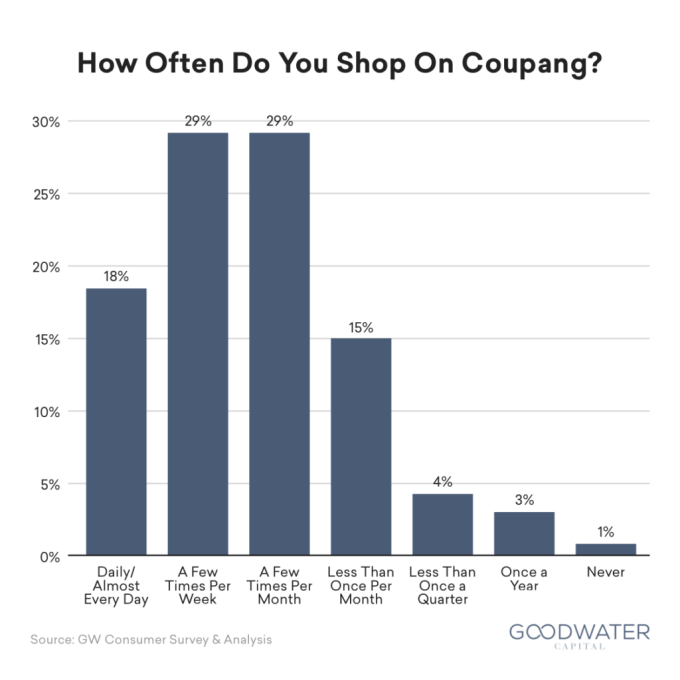 In order to catch up, Kim told TC in an email that “a competitor would need to figure out a way to invest billions into logistical and technical infrastructure to try to compete with Coupang. Even with the necessary resourcing, you’ll notice that in South Korea, similar to other developed geographies, market leaders tend to build on their leads over time. We’ve seen this with Kakao, Naver, and now Coupang.”

“The moats from scale are quite strong in a market like South Korea because you’ve done something right to win over the South Korean consumer,” he added.

Coupang was also able to grow quickly thanks to South Korea’s very high internet penetration rate of 96% and relatively high gross domestic product per capita. In addition, its logistics infrastructure benefits from the country’s geography.

“Coupang’s model is very unique because of the density of South Korea. You have 50 million+ people in the landmass the size of the state of Indiana, but when you look specifically at just inhabitable land, it’s really the size of Rhode Island, about 2,700 square kilometers,” Kim said. “This allows Coupang to innovate on delivery in a way the world has never seen before.”

Coupang’s IPO is drawing comparisons to Alibaba’s debut on the New York Stock Exchange in 2014, since both are Asian e-commerce giants. But there are also several noteworthy differences between the two companies including “the amount of capital intensity between the two at the time of the IPO, where Alibaba had a capital-light model that didn’t require having a lot of infrastructure investment at the time,” Kim said. “That shows mainly in the operating margins at the time, where it was 31% for Alibaba vs. -4% for Coupang (Coupang was still operating cash flow positive from in 2020 with $302M).”

A major commonality is that both companies became pioneers by focusing on making it easier to buy from their platforms in their respective markets, he added. “The road to solving for the consumer experience in China was different than the road for solving it in Korea, where the biggest friction points for consumers are different. This led Alibaba to embrace initiatives like digital payments early on, and why Coupang went to solve consumer logistics.”

The SPAC trash ticker is counting down – TechCrunch

5 ways retailers can embrace smart commerce, according to Deloitte