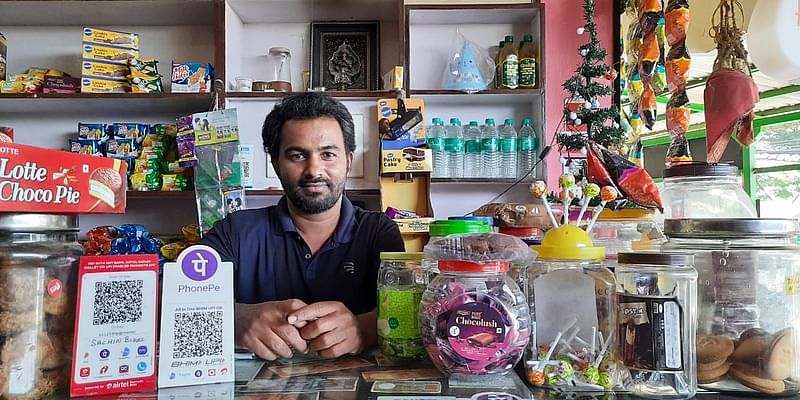 A year ago, getting poked in the ribcage by people trying to board a Mumbai local during rush hour was the only danger standing in a throng of hundreds posed. In March 2020, when the World Health Organisation declared COVID-19 a global pandemic, everything — from our personal lives to the way business works — changed, and the era of a “new normal” dawned.

At PhonePe, a homegrown fintech leader then wholly owned by Flipkart, like for other startups elsewhere in the country or the world, things changed quickly. This was not only on the home front with respect to employees, the workplace, and their safety, but also with the way end-users were behaving on the platform and consuming its products.

These new changes necessitated that PhonePe – and other startups – pivoted and rapidly built to meet rising demands, even if this new growth was not in core verticals. And while some startups and businesses perished at the hands of rigidity, a lack of consumer traction, an inability to quickly turn around and tap into new growth areas, and a dearth of funds, among other reasons, others surfed the waves of the pandemic to come out bruised and beaten, but still standing.

In a conversation with PhonePe, we spoke about how, a year later, things had changed across the board at the Bengaluru-based fintech startup, and how the pandemic had shifted some of the goalposts it had set for itself in the past.

Karthik Raghupathy, PhonePe’s Vice President of Strategy and Business Development, says the digital payments company was among the first to move to a work-from-home model – even before the first national lockdown was announced.

Once they had settled in and operations became smoother, PhonePe’s management realised it had to do much more to maintain a connection, especially as employees weren’t able to see each other face-to-face.

“We managed that successfully by organising several virtual sessions with our Chief Fun Officer! These included multiple quizzes, musical evenings, and karaoke sessions among other fun activities,” Karthik tells YourStory.

Furthermore, to help employees maintain a good work-life balance, PhonePe introduced DNWFH, or ‘Do Not Work From Home’ days to give everyone extra time off.

“We urged everyone not to turn on their laptops and avoid any calls/meetings. We had DNWFH a few times last year and it helped to bring some cheer in hard times,” Karthik adds.

Since October, the startup has been allowing people to return to office, although it is severely limiting the number of employees working out of a physical space to 20 percent of the total workforce only.

In December, the company put in place a roster to have all employees come to the office at least once a week so they could re-connect, collaborate, and work on exciting projects with each other.

“Over the next few months, we will continue to have about 20-30 percent of our workforce in the office,” Karthik says.

PhonePe was among a slew of companies that last year announced ESOPs allotment, a tool most startups used to reward employees instead of bonuses and increments. Its $200 million stock option plan was rolled out to all 2,200-plus full-time employees, with each level getting a minimum of $5,000.

“ESOPs ensure that there is an opportunity to generate wealth and be participants in PhonePe’s growth story for all employees,” Karthik says.

In April last year, PhonePe’s competitor Paytm had announced a Rs 250 crore ESOP policy that would reward employees on the basis of their overall performance and the achievement of annual targets.

Digital payments companies across the board saw a change in the types of transactions happening on their platforms. Users’ focus shifted from person-to-person and regular commerce payments (such as offline payments, ecommerce, food delivery, and cab-hailing) to meeting essential needs such as grocery and medical purchases, and bill payments for electricity, water, DTH, and internet connections, among others.

PhonePe says this required some nimble footwork on its part, which it was able to successfully do, despite its teams working from home, by collaborating closely across teams and making communication more razor-sharp.

The fintech startup also had to shift gears when the retail investing segment suddenly saw a boom, and it quickly launched multiple mutual fund products to benefit from some of that traffic flow.

On its ‘stores’ page, the startup added several functionalities such as filters that showcased businesses that were ‘currently operational’ and provided home deliveries, which made it easier for users to plan grocery trips during the lockdown.

“Another focus has been on investment in intelligence through data. With one of the best analytics teams, we have a major focus on data-driven decision-making,” Karthik says.

PhonePe achieved all it could last year because it kept its finger on the pulse of what consumers wanted throughout the pandemic. It built in processes and tech infrastructures so that teams worked as efficiently as they would have had they been working out of the same physical space.

The hard work paid off not, only in terms of user growth on the platform, but also in the record-shattering number of transactions processed every month during the pandemic.

The fintech startup crosses 280 million registered users with 1.07 billion transactions in February this year, its highest ever.

“The digital financial inclusion journey of India has definitely gathered momentum. The Indian digital payments ecosystem has been able to cover a lot of ground in the last year,” Karthik says.

PhonePe says 2021 is going to be all about expanding its financial services portfolio, with more users increasingly taking to online trading and investing.

Online discount brokerages and investment platforms saw a massive uptick in the number of users and transactions last year as first-time DIY users signed up to invest in financial instruments such as equities, bonds, mutual funds, ETFs, gold and derivatives, among others.

“Over the last 24 months, we have covered a lot of ground and launched nine mutual funds categories and eight insurance categories. In 2021, we will double up our category-creation efforts for all financial services, including gold,” Karthik says.

The fintech startup has, time and again, reiterated its commitment to expanding to local kirana stores where there’s a dire need for a lot of hyperlocal stacks, including store discovery and CRM and growth solutions, to be developed.

“We are going very deep on the rural side to acquire customers and, on the back of that network, digitise over 25 million kiranas by the end of 2021,” Karthik adds.

PhonePe hosts nearly 17.5 million merchants (offline, online and in-app) on its platform, across 500 cities in India.

PhonePe says 80 percent of its total user base of 280 million comes from small towns and Tier II, III, and IV cities.

As many as 85 percent of new users who signed up for PhonePe during the pandemic also belonged to small towns and rural areas, indicating that digital payments are starting to become more accepted even in the hinterlands.

“Digital payments, and particularly UPI payments, are now growing because of the massive network effect at the societal level,” says Karthik, adding experts have estimated that between demonetisation and the COVID-19 pandemic, the digital payments industry has compressed a 10-year growth and innovation cycle into a six to seven-year cycle.

For PhonePe, like a lot of other fintech companies, the COVID-19 pandemic presented very different challenges — one that most companies reeling under pressure would have loved to face: growing as fast as people sign up for online financial services. PhonePe managed to keep its head above the water by pivoting and changing with changing times.

With an eye on the future, PhonePe seems well-positioned to weather any future storms.

how to build cultural bridges, leverage digital tools, and succeed in remote work

Elon Musk offers to buy Twitter for over $41B in cash; shares up 12.4 pc in premarket

LinkedIn Elevate Is Shutting Down. What’s Your Next Step?

‘AR and VR have the potential to completely change the way people work’ – in conversation with Rahul Dutta, Co