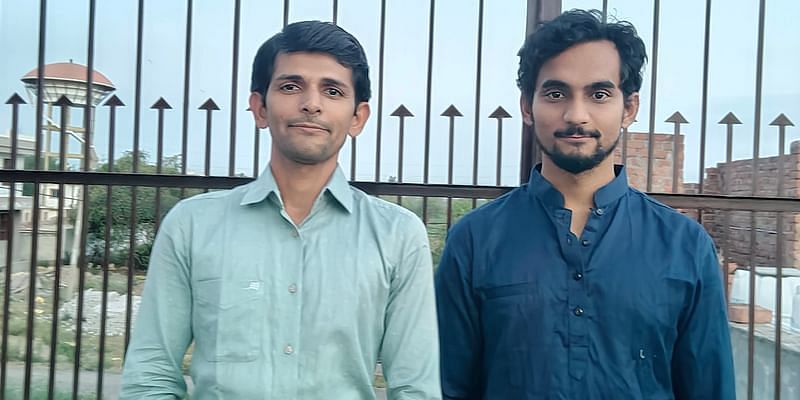 A World Bank study shows that globally, 70 percent of water usage goes towards agricultural production, and this is largely due to unsustainable irrigation practices. It is projected that by 2050, 593 million hectares of land will need to be transformed into agricultural land to meet the growing needs of the global population.

The founders researched various plant growing techniques – from soil-based cultivation to the current coco-peat-based hydroponics for fruit-bearing vegetables before zeroing on hydroponics. The team then developed growing chambers, which it claims is producing crops 20 percent faster and provides better control over the taste and nutrition value, and involves less labour.

“We understood that to provide high-quality vegetables at a lower cost, we needed to rework the whole growing method, and therein came our growing chambers designed specifically for each crop,” says Abhay.

According to him, the growing chambers do not use coco-peat as a growing medium and therefore there is no cost associated with it.

“More importantly, with no-growing media, all the critical parameters of the plant growth are easily controlled and remotely managed. Therefore, we can manage farms in Chennai from Delhi,” Abhay tells YS.

By growing Indian and exotic vegetables like coriander, tomato, eggplant, cucumber, and bitter gourd at present, Eekifoods is targeting a revenue of Rs 40 lakh per month by the end of this fiscal year.

The co-founders have known each other for the past 12 years and were batchmates at IIT Bombay. At present, Amit looks after the farm setup, farm operations, and is responsible for growing R&D, and Abhay looks after the sales, farm automation, and finance of the company.

“We both are believers in constant learning and have a hands-on approach to challenges,” says Abhay.

The startup has 26 team members at present.

In May 2021, Eekifoods raised Pre-Series A funding from GSF Accelerator. Other investors in this round included Naho Shigeta, Founder and CEO of Infobridge Holdings; Shalin Sanjay Shah, Director at Core91 VC; and a Gulf-based Syndicate.

Existing investors Sumit Jain, Country Head of BirdEye; and Dipesh Palod, Senior Software Engineer at Microsoft, also participated in the round. The startup said it would use the funding for further technology development, scaling operations, and team building.

“We started with a small rooftop farm about 500 sq. ft as POC with Rs 15 lakh investment from our savings. Almost a year later, we set up our first proper R&D farm in Kota. It was funded with the help of friends and our first believers, Himanshu and Shweta Sharma. By then we were making Rs 20,000 per month,” says Abhay.

At present, Eekifoods has one fully functioning commercial farm in Bhilwara with monthly revenue of about Rs 3.5 lakh. Another one in Talera is about to start production, and two more commercial farms are in the construction phase in Kota.

“We have a written commitment of 10 more farms this year. We are targeting a revenue of Rs 40 lakh per month by the end of this fiscal year,” Abhay adds.

“We currently do commercial farm setups with our farm partners. They put in the initial capital and we take over the responsibility of growing and selling. Eekifoods sells these vegetables directly to high-end retail stores. For every kg produced, we give about Rs 16/kg (for tomato) to the farm partner in return. For every crop, the return would change,” he says.

The present and the future

Eekifoods has 300 B2C customers in Kota at present. The startup started selling directly to customers in Neemuch during the lockdown and to five stores in Jaipur.

“We are eager to enter NCR and we are talking to farm partners and retail stores in Gurugram and Delhi,” says Abhay.

Eekifoods plans to set up 12 farms by the end of this financial year and by the next financial year-end, the startup is targeting to set up at least 50 farms across NCR and Northern India catering to high-end grocery retail stores and is looking forward to a strategic partnership with local vegetable distributors and sellers.

“The total addressable market in India is about $13 billion, as per Eeki’s estimates. We are targeting Delhi NCR and major Tier-II, III cities in Rajasthan, namely Kota, Jaipur, Neemuch, Indore, and Udaipur for the coming three years,” Abhay says.

“Many retail stores and quality vegetable distribution supply chains look for a consistent supply of chemical-free vegetables at reasonable prices and that is exactly what we provide. Conventional vegetables are pesticide-laden and have an inconsistent supply. By partnering with us, the retailers and distributors get higher margins because they are now able to offer consistent shape, quality, and size all around the year to the end customers,” he adds.

The startup is competing with Organic Garden, Urban Kisan, Simply Fresh, and Nature’s Miracle, which are mostly into exotic leafy vegetables, strawberries, nutraceuticals, and other veggies.

According to Abhay, the startup’s USP is that it produces completely residue-free and fresh fruit-bearing vegetables at near conventional market prices.

He adds: “With our technology (growing chambers), the growing cost is 40 percent lower for a variety of Indian fruit-bearing vegetables, as compared to other coco-peat-based hydroponics technologies.”

How are cryptocurrencies different from physical currency

3 Common Startup Scams and How to Protect Yourself Against Them

IndiaLends Raises $5.1 Mn In Series A From Existing Investors