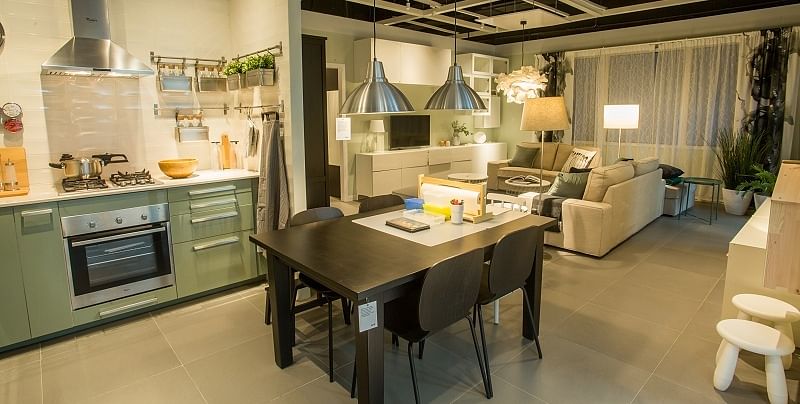 Swedish home furnishings retailer ﻿IKEA﻿ on Tuesday said it is going to open its first-ever city store in India at Mumbai, which would be more accessible to its customers in the city.

After opening a large-format store in Navi Mumbai last year, IKEA is now opening a small city store at Worli, Mumbai, located at Kamala Mills, according to a statement.

“In line with IKEA’s long-term commitment to Maharashtra and India, the Worli store will be the first of its kind in India, following cities such as Paris, Moscow and Shanghai,” said a statement.

The Worli City Store will be followed by a second city store in Mumbai, said IKEA, adding that it believes strongly in the Indian market potential and there will be further store openings in the next year.

“The store in Worli will be 80,000 sqft, and will open towards the end of 2021, complete with all safe shopping measures in place,” it said.

The city store would have a restaurant and services such as remote planning, and personal shopper besides Click & Collect under its omnichannel landscape.

IKEA India Market and Expansion Manager Per Hornell said Mumbai is one of our most important markets.

“With our first IKEA India city store in Worli, we will continue to meet many more people in Mumbai with our beautiful, affordable and sustainable home furnishings solutions for creating a better everyday life at home,” he said.

This store will be the third physical store that IKEA opens in India. IKEA had opened its first store opened in Hyderabad in 2019, followed by its Navi Mumbai in December 2020 and the third large IKEA store is expected to open in Bengaluru next year.

Earlier this year, it launched IKEA shopping app and has extended it to several cities as part of its omni-channel expansion.

“IKEA has an ambition to meet 200 million people in India over next few years with an omnichannel approach,” the statement said.

The next level of growth for Indian startups