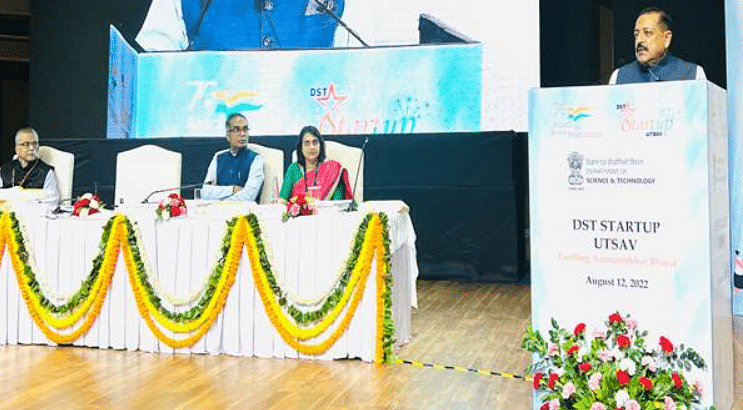 Globally, India has the third largest startup ecosystem after the US and China. The country also has the third-highest number of unicorns.

According to the latest data, India has 105 unicorns, of which 44 were founded in 2021 and 19 in 2022, said Jitendra Singh, Union Minister of State (Independent Charge) Science and Technology, while delivering the keynote address at “DST Startup Utsav”.

Moreover, startups today are not only limited to metros or big cities, and over 49% of them are from Tier II and III cities, emerging in the fields like IT, agriculture, aviation, education, energy, health, and space sectors.

The minister said that in 2015, Prime Minister Narendra Modi launched the Startup India initiative from the ramparts of the Red Fort, and now, “India, in its 75th year of independence, is home to as many as 75,000 startups.”

“India ranks third among attractive investment destinations for technology transactions as it has a strong focus on science and technology,” he added.

He issued four publications featuring encouraging startups under various components of NIDHI, including the flagship programme of Technology Business Incubator (TBI), and a coffee table book of 51 CAWACH-funded startups.

The Department of Science and Technology’s (DST) NIDHI programme has quickly provided much-needed support to startups, catalysing the active support of business incubators and other business support providers.

Nearly 75 impactful incubated startups, assisted under NIDHI from across the country from numerous sectors, were showcased in 50 physical and 25 digital modes in the DST Startup Expo (five startups from NM-ICPS Technology Innovation Hubs were also part of the 50 stalls of startups).

explore what’s next for banking in India

How local shops are adopting technology and the challenges they face