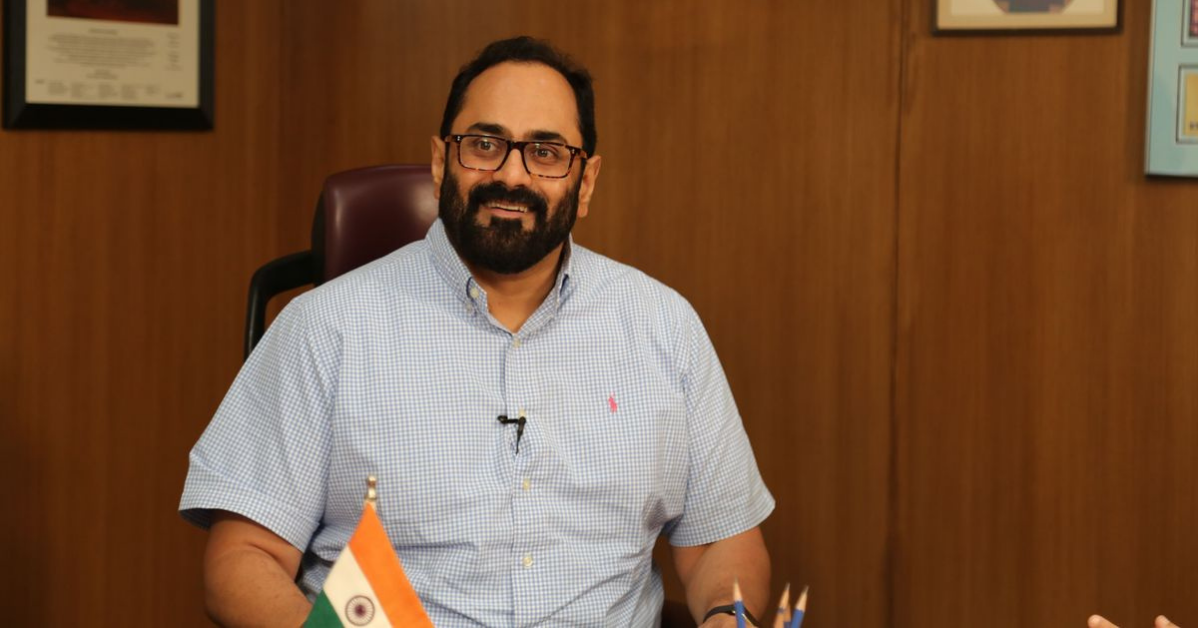 The Centre is working with state governments to launch the initiative

The programme would enable more student engagement in the startup ecosystem

There are absolutely no restrictions on innovation on blockchain, India will lead the charge on Web 3.0: Rajeev Chandrasekhar

The government is set to roll out a programme called the Digital India Startup Hub, which would be “a national enabler” for all startups around the country, Union Minister of State for Skill Development and Entrepreneurship Rajeev Chandrasekhar said.

The Centre is working with state governments to launch the initiative under which there would be face-time engagements between startups and the government ecosystem on a monthly or a quarterly basis, Chandrasekhar said while speaking at an event, ‘New India for Young India: Techade of Opportunities’, at the Gujarat University on May 22.

According to the minister, the programme would enable more student engagement in the startup ecosystem which would help them in connecting to the government’s requirements on technology by enabling more exchange of information and ideas among the big tech companies and startups in both virtual and real world.

Chandrasekhar said that India is the fastest-growing startup innovation ecosystem in the world. Besides, the country is the highest recipient of foreign direct investment (FDI) in the world as of this year, with 40% of the total FDI going to the technology sector, he added.

India received the highest ever annual FDI inflow of $83.57 Bn in the financial year 2021-22, according to data released last week. While computer software and hardware were the top recipient sectors with a share of around 25% in FDI equity inflow, the manufacturing sector saw a 76% rise in FDI inflows.

Chandrasekhar, who was on a three-day visit to Gujarat, earlier also said that the next wave of startups would come from the Tier 2 and Tier 3 cities.

Referring to India’s 100 unicorns, he said that India generated the maximum number of unicorns, innovations, investments and companies over the last three years.

During the May 22 event at the Gujarat University, Chandrasekhar once again reiterated how Indian unicorns and startups are now building themselves by breaking the shackles of pedigree, only through grit, determination, and innovation

The union minister also stressed how India is pushing forward to become a semiconductor nation and the need for the country to produce semiconductors for the world supply chains to be resilient.

However, there were questions raised during the event pertaining to strict regulations around cryptocurrencies and if the government policies are hampering such a futuristic vision of India’s technology landscape.

Answering that, Chandrasekhar said the policies would not cause any damage and that “the blockchain is not equal to crypto and crypto is not the same as blockchain”.

“Crypto is a very volatile element, very speculative element that sits on top of the blockchain for which there are regulations that have been created… there is no ban, there is absolutely no ambiguity on crypto, if you want to buy crypto you have to go through the Reserve Bank of India (RBI), get the required permission to invest the dollars that the RBI authorises you to invest in crypto so there is no problem,” he added.

Chandrasekhar also stressed that there are no restrictions on innovation on blockchain, and India will lead the charge on Web 3.0.

Meanwhile, the RBI has reiterated its stance against cryptocurrencies, especially amid the current crypto market crash.

“We have been cautioning against crypto and look at what has happened to the crypto market now. Had we been regulating it already, then people would have raised questions about what happened to regulations,” RBI governor Shaktikanta Das told CNBC-TV18 in an interview.

Finance Minister Nirmala Sitharaman had earlier said that India would not rush into any decision on cryptocurrencies and other virtual digital assets.

[Year in Review 2021] From the oldest unicorn in the ecosystem to the youngest: A lookback

WhatsApp users have nothing to fear, says Ravi Shankar Prasad

Better.com Fires Employees In India Without Notice Amid Mass Layoffs

Zeta Surgical comes out of stealth with a $5.2M raise for image-guided surgery – TechCrunch