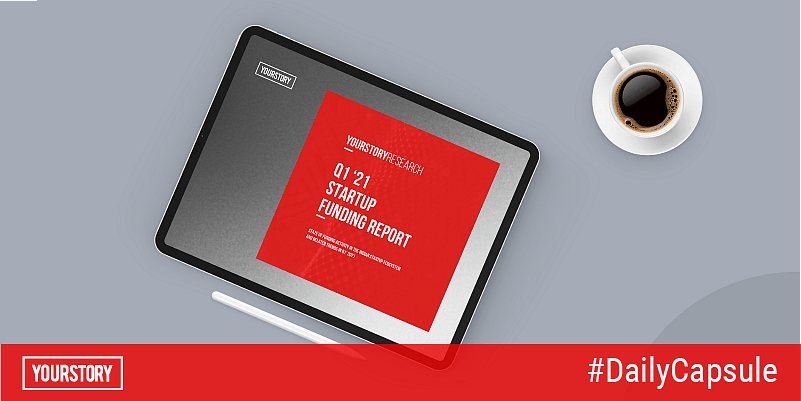 Despite the continuing economic impact of the coronavirus pandemic, the first quarter of 2021 saw robust funding activity in the Indian startup ecosystem. In Q1’21, Indian startups raised $3.76 billion across 257 deals.

According to YourStory Research, the amount of funding raised and the number of deals seen in Q1 2021 was the highest across the past five consecutive quarters.

The top three sectors in terms of the funding amount raised were fintech, edtech, and gaming — the latter re-entering the top-charts with Dream11’s $400-million funding, Nazara Technologies IPO listing, and MPL expected to enter the unicorn club this year.

While Delhi-NCR, Bengaluru, and Mumbai continued to lead the charts in terms of amount raised and number of deals, Tier II and III cities weren’t far behind, with Thrissur becoming the newest Tier-II entrant into top 10 charts.

In partnership with Global Alliance for Mass Entrepreneurship (GAME) and others, the Government of Punjab has been working to boost ease of doing business​ for MSMEs in the state. Punjab Chief Minister Captain Amarinder Singh said that the Punjab government has taken several steps towards the same, including passing Punjab Anti-Red Tape Act 2021, amended Punjab Bureau of Investment Promotion Act to introduce provisions of deemed approval and automatic approval etc.

According to a report by PwC, the Indian space economy is valued at $7 billion, and forms two percent of the global space economy. Last year, the government decided to open the spacetech sector to private players, including startups, MSMEs, and academia, among others, to propel the sector’s growth. However, it needs ecosystem support in order to achieve the goal. Read more.

How Able Jobs is making entry-level jobs easier for students

Ravish Agarwal, Siddharth Srivastava, and Swatantra Kumar realised that most people struggle to get jobs after they graduate and decided to bridge the gap. They launched Able Jobs in 2019 to train entry-level job seekers for roles in sales and support. The startup is backed by Y Combinator and has raised a total of $1.8 million in its seed round. Read more.

“India’s growth story and its potential remain a strong bet, and moving further into this year we hope to open new chapters, resolve modern challenges, and see our entrepreneurs bring innovative solutions to the table.”

5 ways to up your supply chain management game

Urban Company valuation rises 33 pc within 6 months to $2.8B in 4th ESOP sale

Video Marketing for Business in 2021