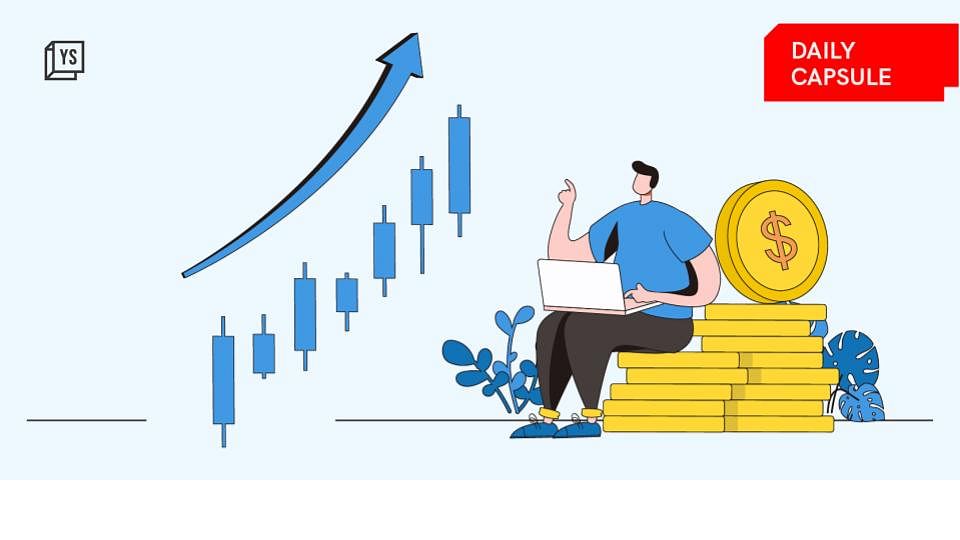 A notable marker of business growth is the sale of commercial vehicles—trucks, pickups, mini-trucks, three-wheelers etc—for logistics and ferrying passengers. Over 67,000 vehicles were sold last month, which is a 24% increase YoY.

It looks like everyone wants to buy an iPhone. Indian Apple Authorised Resellers and third-party vendors have reportedly received robust demand for the recently announced Apple iPhone series—starting from Rs 79,900.

Meanwhile, Brahmāstra: Part One – Shiva seems to have ended Bollywood’s dry spell at the cash registers. After a bumper opening day, the movie earned over Rs 77 crore in India over two days—hitting Rs 160 crore worldwide.

See you at the cinemas!

Here’s your trivia for today: What is the symbol ‘#’ called?

“The valuation of technology companies has come down since the ﻿Paytm﻿ IPO. This, followed by a drop in liquidity and attrition, has impacted secondaries of deemed-public companies,” Ranjit Jha, Managing Director-CEO at Rurash Financials, tells YS.

In five years, Gameberry Labs has not only achieved profitability with annual revenue exceeding $40 million, it has also made major headways into international markets like Saudi Arabia, the US, Spain, and the Latin America region.

Many online businesses rely on advertisements as a major source of revenue. However, it can be tough to tailor these ads for every single campaign, especially to a large audience.

What is the symbol ‘#’ called?

Answer: While popularly called a hashtag, the symbol ‘#’ is technically known as an ‘octothrope’—deriving its name from the eight points on the symbol.

If you don’t already get this newsletter in your inbox, sign up here. For past editions of the YS Buzz, you can check our Daily Capsule page here.

[App Friday] With ACloset, you have your entire wardrobe on your phone