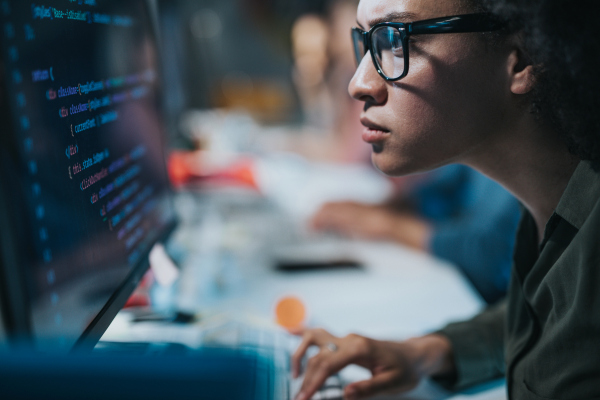 This morning OutSystems, a low-code app development service, announced that it has closed $150 million in new capital. The round was led by Abdiel Capital and Tiger Global. Notably this is not the largest funding event that the Portugal and U.S.-based software company has raised. TC covered a $360 million round that OutSystems raised in 2018.

OutSystems was founded in 2001, making it older than most companies that we cover on TC, and yet it remains privately held. And like many startups, it appears to have caught a tailwind from the accelerating digital transformation of companies both large and small.

By selling $150 million worth of its own shares at a $9.5 billion valuation, OutSystems parted ways with around 1.6% of itself in the deal. Investors would not be willing to buy such a tiny slice of a company for such a price if they didn’t have confidence in its future performance.

The new funds put OutSystems on an IPO path, we reckon; the company declined to discuss public market plans with TC. It could go out sooner rather than later. This round smells a bit like pre-IPO capital, and OutSystems touted its model to TC as “efficient” in a conversation about its new funding, implying moderate cash-consumption at worst.

TC had asked the company to break down its stated plan to invest its new capital in both go-to-market (GTM) capabilities and product (R&D) work. OutSystems CEO Paulo Rosado told TC in an email that even before this announcement OutSystems was “steadily increasing both our R&D and GTM capacity,” meaning that it was “investing for growth.” The company remains “focused on building scale in an efficient way,” the CEO added.

OutSystems works on low-code app development, in contrast to the startups and more mature private concerns that are focused on the no-code project; no-code tools do not involve code, while low-code services bring together some coding along with visual programming interfaces.

In an interview with Rosado in late 2020, he explained to TC the differences between no-code and low-code as both complexity (the ability to tackle heavy-duty internal corporate workflows) and extensibility (the ability to adapt).

In OutSystems’ view low-code is simply better suited to creating material corporate apps. Here’s how the CEO explained it:

The problem is not low-code is worse than no-code. If no-code is very narrow, which most no-code tools are, when you get [a] change request that goes beyond what you can do visually, that’s it. The only answer that you have for the customer is “no, we cannot do it.”

With low-code, you can do it. But you have to do it with code. You go, you [add] code, and the code then gets blended into the no-code portion.So low-code means it’s a no-code capability, with the possibility of jumping into code.

No-code fans would argue that as their tools’ ability to avoid code improves, the code-required portion of development that Rosado details will decline. Regardless, the OutSystem’s method approach to the market appears to be working, if its recent capital raise is any indication.

Back to the round, to better understand of OutSystems’ market position in both competitive and completeness terms, TC asked the CEO about its relative strength in customer pricing calls. He responded by saying that the OutSystem’s “pricing model is based on platform utilization” over traditional SaaS pricing. We could quibble with the company here – it does have seat limits on lower-priced tiers – but the focus on consumption over traditional SaaS reminded us more of on-demand software over what Salesforce pioneered. Given the changes we’ve seen in the SaaS market lately, it’s a distinction worth keeping in mind.

Finally, how competitive is the low-code market that OutSystems’ is now taking on with fresh funding? According to its CEO, their chief competitor is not some other startup, but, instead “non-consumption.” A bit like how Netflix is competing with sleep, instead of HBO.

TC has covered the no-code and low-code for quite some time. We put words together concerning OutSystem’s 2016-vintage, $55 million round for example. But lately it seems that the demand for corporate apps – be they no-code or low-code – does appear to have accelerated. In the last four or six quarters, startups in the less-code market have consistently reported high-demand to TC.

Let’s see if the moment is enough to carry OutSystems all the way to the public markets.

How are cryptocurrencies different from physical currency

How Can Indian Startups Take Advantage of The Trillion-Dollar Defense Industry?

Beat the early-bird deadline to save $300 at TC Sessions: Mobility 2022 – TechCrunch