The 2021 Maruti Suzuki Swift has been launched in India, with prices ranging from Rs 5.73 – 8.41 lakh (ex-showroom, Delhi). Launched at the 2018 Auto Expo, the current-gen Maruti Suzuki Swift has received its first major update today, which brings mildly refreshed styling, a more powerful petrol engine, a handful more features and dual-tone paint options. With this update, prices of the Maruti Suzuki Swift have risen by up to Rs 24,000. Let us take a closer look at all that’s new.

At first glance, most would be hard-pressed to tell the facelifted Swift from the model launched in 2018. That’s because the changes are subtle – the Swift facelift gets a mildly revised grille, which now also features a chunky chrome accent. Also new for 2021 are three dual-tone exterior colour options – red-and-black, white-and-black and blue-and-white. 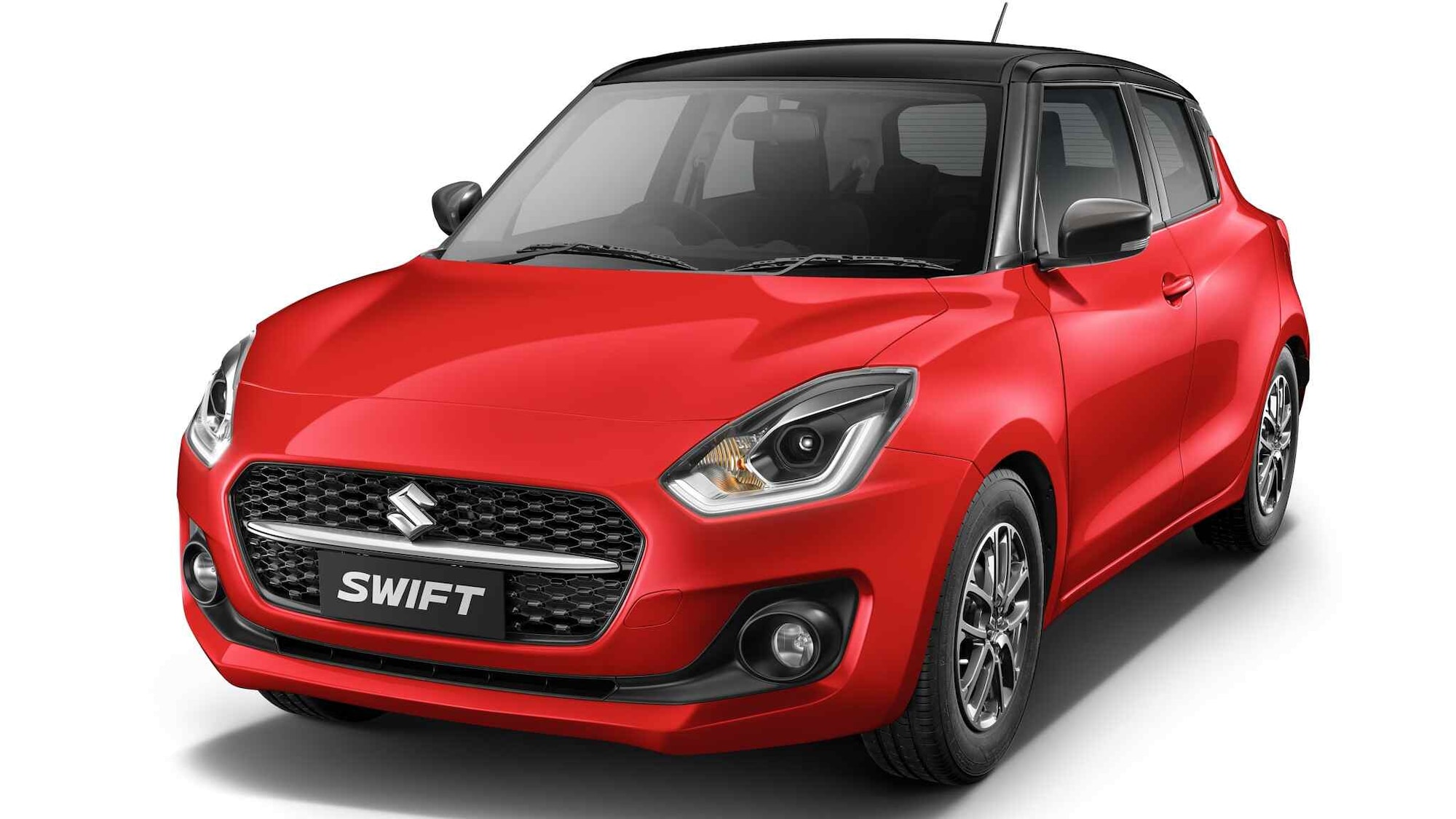 In addition to new seat upholstery, the mid-spec version of the Swift facelift (VXI) gets a new audio system with ‘feather-touch’ controls. New to the top-spec Swift ZXI are cruise control, a 4.2-inch colour multi-info display for the instrument cluster and auto-folding ORVMs. The rest of the features have been carried over unchanged from the pre-facelift Swift.

The big news with the Maruti Suzuki Swift facelift lies under its hood. Gone is the 1.2-litre, K12B engine, and in its place comes the 1.2-litre DualJet petrol engine, which already does duty in the Maruti Suzuki Dzire. It’s more powerful – it makes 90 hp compared to the K12B’s 83hp output, but torque, at 113 Nm, remains the same.

As before, the Swift is available with a five-speed manual gearbox, as well as an automated manual transmission (AMT). The Maruti Suzuki Swift facelift’s fuel efficiency figures are rated at 23.20 kpl for the manual version and 23.76 kpl for the AMT version, which makes it notably more frugal than the outgoing model.

All you need to know about the V6 hybrid supercar- Technology News, FP