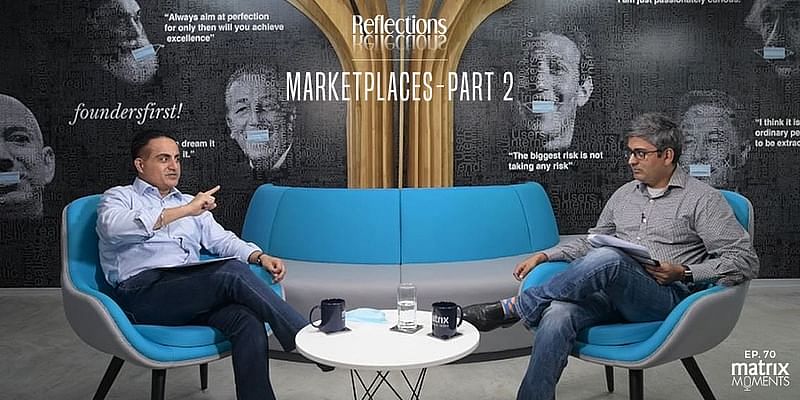 While the coronavirus pandemic has compelled companies to focus on the revenue stream and profitability, growth will always play a pivotal role in the tech and startup world. Avnish Bajaj, Founder and Managing Director, Matrix Partners India, says,

“Growth matters. For example, if you have the opportunity but not necessarily the venture capital to invest, which company would you choose to invest in? One has a revenue of 100 and zero growth, 10 percent profit, and gives the profit every year back to us. Another, let’s say, is 100 growing at 30 percent but losing 20 percent a year, and then promising to make it up in the seventh or the eighth year. For the third example – 100, not growing very well, and losing 30 percent. Between these three, which one would you pick?”

Rajinder opted for the company that’s growing the fastest as that’s the one most would get attracted to. The promise of future growth is far more exciting than the promise of no growth.

Avnish adds that it also is important to look at the opportunity cost. “We can invest in various instruments and probably get that 10 percent. If I’m investing in a company which is likely riskier, I’m probably looking for a better return,” he explains.

If there is no growth, then there is no better return. It depends on the objective of the investment – is it wealth preservation or value creation?

“So if it is preservation, profits are definitely better, but if it is value creation, which is the world we live in, then clearly growth is what we want to go for. In our world, high burn and high growth companies scare all of us, including me. But somehow or the other, they often get funded. How many times have you been in situations where companies are profitable but are not doing very well? It’s very hard to get investor interest,” says Avnish.

While high growth and high burn can get you funded, unit economics still matters. Though profits can’t be discarded; they do matter. But what matters more is the future profits.

He adds that while we can talk about gross margin and contribution margin, if revenues and your burn are growing on a line-to-line basis, there is a problem.

There is now a focus on good growth, good profit, as well as scale. For example, Policy Bazaar has a plan to go public. Avnish says,

“I think Zomato is supposed to be going public – I’m told that they’re also EBITDA positive. These were the traditional PE’s that was never looking at tech; they’re ready to enter tech because of profits. So let’s not be dismissive of having profits with good growth. I define good growth as 2x nominal GDP. So 20-30 percent, don’t have to be 50, 60, 70 percent. But good growth, good profit along with scale – that’s a big change in India. Kirana stores are also profitable, but ultimately, they don’t have the scale. So, I think that’s the big change, and then, if you get high growth and profits, the market goes crazy. You’ve seen that with companies like Dream11 and BYJU’S which will see rapid value acquisition because they’re both.”

Focusing on customer convenience, Dunzo is aiming for $1B GMV in two years

Netflix, Prime Video, or HotStar? This fintech startup lets you watch what you want with subscription-sharing