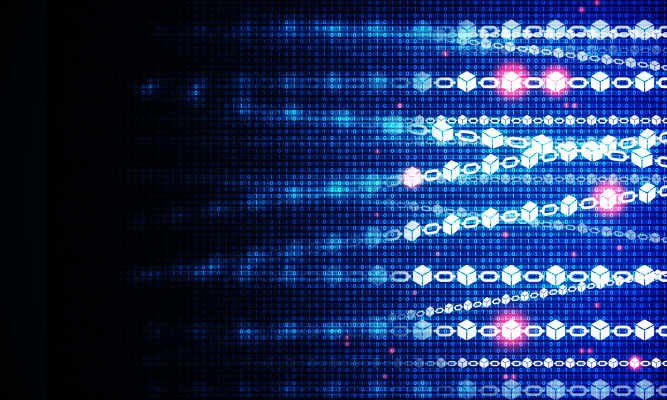 One of the bigger startups in Europe operating a trading platform for cryptocurrency has closed a big round of funding on the heels of very rapid growth, and plans to open its platform to a wider stream of assets.

Bitpanda, a “neobroker” that wants to make it easier for ordinary people to invest not just in bitcoin and other digital assets, but also gold, and any established stock that takes their interest, has picked up $170 million, a Series B that catapults the company’s valuation to $1.2 billion. Bitpanda is based in Vienna, Austria and says that this equity round makes it the country’s first “unicorn” — the first startup to pass the $1 billion valuation mark.

“We are shifting to become a pan-investment platform, not just a crypto broker,” said Eric Demuth, the CEO of Bitpanda, who co-founded it with Paul Klanschek and Christian Trummer. Bitpanda’s focus up to now has been primarily on building a platform to target investors in Europe, a largely untapped market, as it happens. “In the EU, we probably have less than 10% of the population owning stocks. Our growth goes hand in hand with that.”

In addition to Austria, Bitpanda is live in France, Spain, Turkey, Italy and Poland, with plans to expand to more markets this year, building hubs in Madrid, Barcelona, London, Paris and Berlin. New investment options to back ETFs and “fractional” trades, which will let people invest small amounts of money in whichever stocks they would like to back, are due to be added in April, the company says.

That said, the vast majority of activity on the platform right now is related to cryptocurrency, and within that Bitcoin trading far outweighs any other digital currency.

The round is being led by Valar Ventures — the fund backed by Peter Thiel — with participation also from unnamed partners from DST Global (Yuri Milner’s fund). Both have been building a name for themselves as significant backers of crypto startups. Valar is also an investor in Robinhood — which, like Bitpanda, has positioned itself as a platform to help a wider funnel of people engage and profit from trading — and most recently, earlier this month the pair co-invested in a $350 million round for BlockFi, which provides financial services like loans to crypto traders.

While DST is a new investor in Bitpanda, Valar also led a round for Bitpanda just six months ago — a $52 million Series A. Since then, Demuth and Klanschek say that the company has seen growth skyrocket (not unlike the price of bitcoin itself).

KPIs like revenue and customer numbers “have been roughly 10x,” Klanschek said, with the platform adding some 700,000 users between then and now.

“Very soon we will cross the €100 million revenue mark for the first few months of this year,” said Klanschek. Annualized it will work out to around €300-400 million, he added. While the bulk of its trading is for individuals, it’s not only focused on single investors. In September, on the company’s trading volume for its “Pro” tier for companies, daily trading on the platform was $2 million. Now, it is over $25 million.

Bitpanda’s growth and enthusiasm taps into a much bigger trend in the world of trading. One of the byproducts of the COVID-19 pandemic has been consumers becoming more engaged in their own personal finance.

With interest rates down, professional futures less certain for some, a plethora of apps out there to do more with your money, a whole new set of investing classes thanks to cryptocurrency and (last but not least) the juggernaut that is social media to help concepts go viral, people are dabbling in a wider range of activities, some having never done more than simply keep their money in a bank account before, and shuffling off a bit of money to their 401(k)s or other pension funds.

Bitpanda made a decision last year to start to get more aggressive in its own fundraising to ride that wave.

“We are profitable, and we have been for four years, but in September we changed strategy and wanted to become ‘the’ investment platform for all of Europe,” Demuth said. “We needed more partners and more capital to get more top talent and this is why we did the Series A last year. Then over the past two months, we talked to our investors and said ‘what do you think, it seems like there is some momentum’. They said ‘we are in. No roadshow needed, we will help you. We will call our contacts and they’ll join, too’.”

There has been a huge wave of hype around crypto, although in the wider sense it’s still primarily an adopter phenomenon, far from being a mainstream investment, with most people having no idea how it works. Ironically, this is not that dissimilar to much of the stock market for most people, although the difference these days is that apps like Robinhood, Square Cash and Bitpanda are making it easier to engage with crypto and other trading by lowering the barrier to entry, both in terms of actually putting money into the system, and also by making it possible to get engaged with only a small amount of money.

Whether cryptocurrency bears out in the longer term, it’s likely that the democratization will stay and become a part of the bigger process of how people manage their own money, if not by gambling all-in, then at least by creating a little diversification for themselves.

That doesn’t excuse the ridiculous hype merchants on social media that potentially exploit these new traders, nor the fact that there is still a very long way to go in regulators getting better oversight of how these new exchanges work, but it does point to an interesting future and more opportunities longer term for organizations and individuals to do more with their money and their assets (NFTs being an example on the other side, of how to build assets and value for investing in the first place).

“In today’s financial world everything is connected,” said Klanschek. “We saw huge growth on Bitpanda after the COVID stock crash in March 2020.” Crypto dropped then too, with “interest high but price very low.” Yet with saving accounts and other traditional, low-key ways for people to growth their money yielding nothing, “it eventually led to huge interest in financial markets, with crypto being established as its own financial asset, its own category.”

While there are a number of platforms emerging for people to engage off that, the pace of adoption for Bitpanda in Europe is what attracted investors here.

“Since we joined the board last September, we have continued to be impressed with the work that Eric, Paul and the team are doing. One of the positive changes caused by the pandemic was an increased interest in personal finance, and Bitpanda’s broad offer and commitment to demystifying investing for a new breed of retail investors means it is perfectly positioned to take advantage of the trend,” said James Fitzgerald, founding partner of Valar Ventures, in a statement. “With over 700,000 new users in just 6 months, we know that people want access to the platform, and we’re excited to bring Bitpanda to every investor in Europe.”

Sugar.fit To Raise $10 Mn In Seed Round Led By Cult.fit, Others