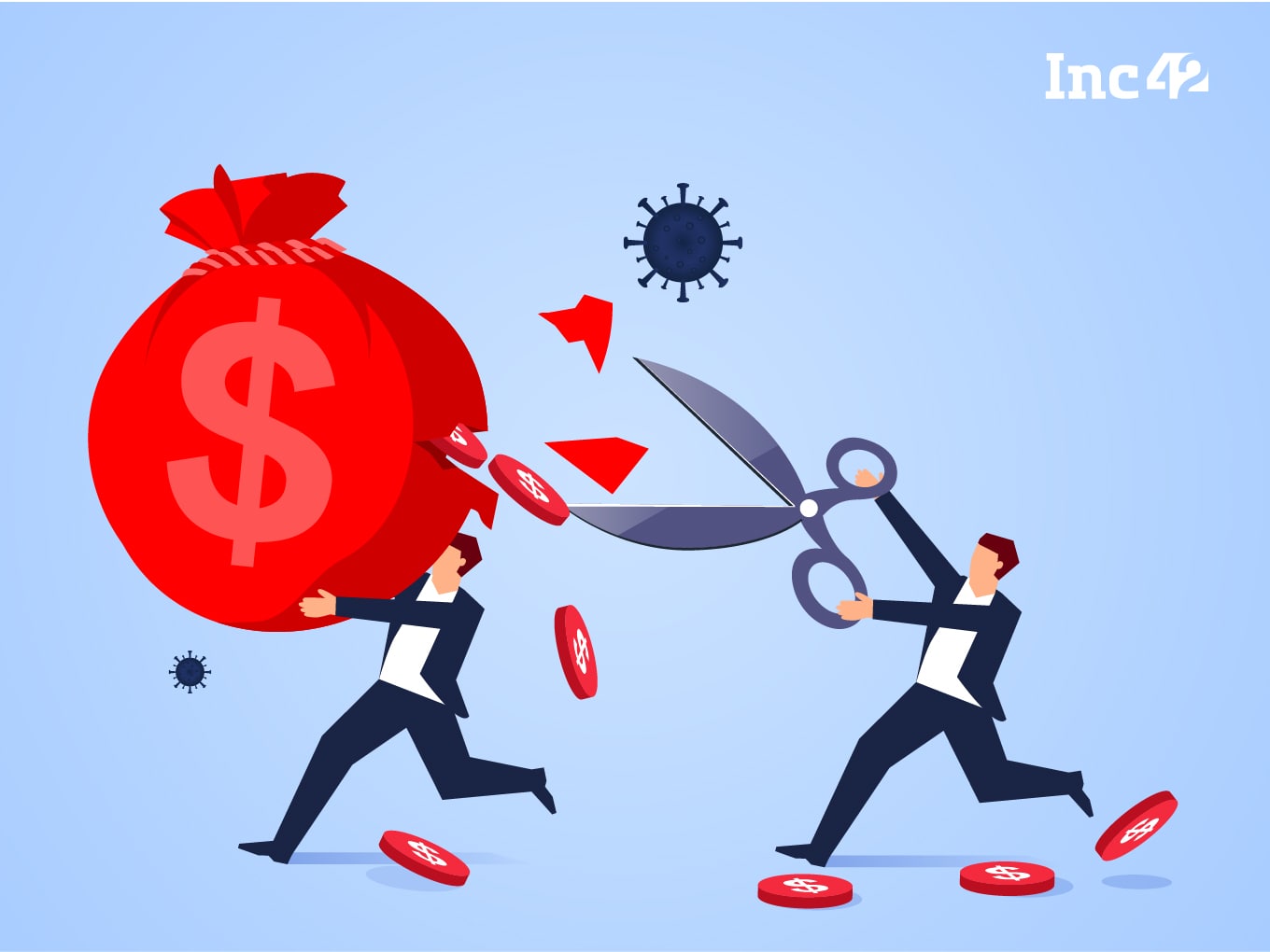 Ninjacart has fired at least 200 employees across functions and key cities, but the management denies executing cost-cutting measures

According to CEO Thirukumaran Nagarajan, layoffs took place due to performance and integrity issues

Since November 2020, the company has been allegedly laying off people from the ground team, middle and senior management

Walmart-backed agritech startup Ninjacart recently laid off more than 200 employees across its key geographies, including Bengaluru, Chennai, Mumbai and Hyderabad, Inc42 has learnt from several ex-employees who spoke on the condition of anonymity. The latest development comes just a week after Inc42’s report highlighting the alleged unfair practice by Ninjacart while firing people.

According to two people in the senior management, Ninjacart has been in ‘cost-saving’ mode for the past few months and has decided to reduce its staff across ground operations, middle and senior management since November 2020. The company, however, attributed the layoffs to performance and integrity issues.

“I used to manage a team of over 100 employees in my geography, but since November, the company has been forcibly terminating contracts of employees without any ethical HR practice. Many of these employees were experienced professionals and freshers hired through campus placement drives conducted in top-tier MBA colleges in 2019,” said the former senior executive of Ninjacart, requesting anonymity.

The executive quoted above also alleged that he was terminated in December 2020 as part of a cost-saving drive. According to the person, the company should provide a 30-day notice period as per the conditions mentioned in the appointment letter. But Ninjacart only provided a 15-day notice period, essentially dishonouring the contract, the executive said.

Speaking to Inc42, Ninjacart CEO Thirukumaran Nagarajan denied implementing such cost-saving measures. According to him, only when an employee faced charges of compromised integrity, the company reduced the notice period, which is in sync with the contractual terms and conditions.

“Out of the 200 employees who were sent away, the majority of them were asked to leave due to performance issues. Every employee has an internal scorecard that we maintain so that whenever the performance dips below the expected KPIs, the manager (concerned) alerts him or her. If there is no improvement seen, the manager reports this to the HR who takes the final decision,” said Nagarajan.

He further added, “We have had cases of theft, including our own employees stealing our crates. We have found instances of several of our employees stealing crates of products and selling those in supermarkets and other offline markets. We were able to track down those employees in the past and terminate their jobs.”

Apart from the recent layoffs, Ninjacart had also put employee appraisals on hold for the financial year ending March 2020, the above-quoted senior executive alleged. Last March, due to nationwide lockdowns to contain the Covid-19 pandemic, many startups, including unicorns, were forced to resort to pay cuts, layoffs and furloughs to save cash.

“There was an appraisal cycle for the financial year April 2019 to March 2020, and for that, a considerable sum was to be paid to me as variable pay. But it was postponed after the lockdown. It was later agreed that this money would be paid to me per quarter instead of a single payment. But it wasn’t fully paid, either,” the senior executive added.

But Ninjacart CEO Nagarajan told Inc42 that the startup had already started honouring the variable pay components of its employees and the entire amount would be paid in the next few months.

“We have never had cost-cutting measures, but we did make a decision to postpone payments of variable pay components of employees in April after the lockdown. We had to take this decision as we were unsure about how the business might look like after the nationwide lockdown. However, we have already paid the variable pay to all employees in 4 equal instalments in the month of September, October, November and December. The annual variable pay payout is for the period of April 2019 to March 2020,” he added.

Although layoffs, salary cuts and downsizing have been a gruelling trend of 2020 across the startup ecosystem in India, what sets Ninjacart apart is the process it had reportedly chosen to carry out those layoffs. According to the two former employees from the senior management with whom Inc42 spoke, the Walmart-backed startup had forced its employees to resign by hijacking their login IDs.

Inc42 has reviewed several copies of the termination letters served to the employees. The request for resignation was placed via the HR management app that the company uses.

“The (Ninjacart) management has been hiring and firing people casually, without any ethical HR practice, since November. It hired a batch of freshers from top MBA colleges, including the IIMs. But whenever their performances fell below the required matrix, the company simply fired them without providing any scope to improve or without giving them a second chance. This led to a lot of insecurity among employees, and many left by themselves,” said the former Ninjacart executive quoted earlier in the article.

However, after Inc42 published an article last week on the company’s questionable HR practices, CEO Nagarajan sent a detailed email to employees, promising to improve workplace conditions. Inc42 has reviewed a copy of this email.

Nagarajan also told us that senior managers do not have the final say on layoffs without communicating the decision first to the HR department.

“The issue of a manager taking control of some employees’ official accounts to force termination only happened in a few cases, and I have already communicated to these employees to contact me personally for an appropriate resolution,” he added.

Ninjacart was set up in May 2015 by Nagarajan, Sharath Loganathan, Sachin Jose, Kartheeswaran KK and Vasudevan Chinnathambi. It has raised around $190 Mn from the likes of Flipkart India, Walmart, Trifecta Capital, Accel Partners, Qualcomm Ventures and others.

The agritech startup sources groceries, fruits and vegetables directly from farmers and supplies the produce to supermarkets and kirana stores. It currently employs around 3,000 employees nationwide.

The company also claims to move more than 1,400 tonnes of fresh produce (fruits and vegetables) per day from farmers across 20+ states and delivers to 17K+ local kirana stores and restaurants spread over seven cities — Chennai, Hyderabad, Mumbai, Ahmedabad, Bengaluru, Delhi-NCR and Pune.

Amsterdam needs more girls in ICT: this is how

Tiger Global Backed Koo Gets $10 Mn From Over 20 Investors