A study found while higher net-worth individuals contributed most to air pollution levels, it was poorer individuals who suffered the most. 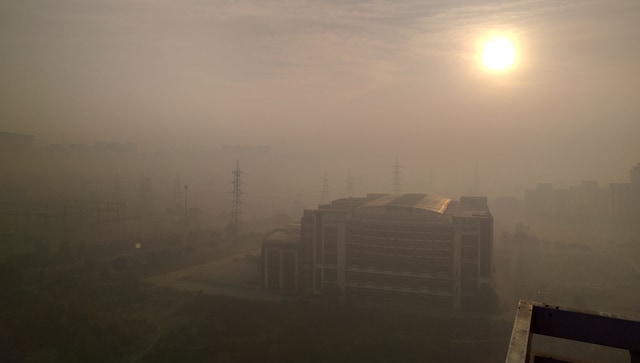 Delhi, underwent a dramatic transformation for a period last year when curbs were imposed, with residents revelling in azure skies and clean air. Scientists say that massive drops in some pollutants due to lockdowns are bound to have prevented deaths. Image credit: Imaggeo/Prakhar Misra

The poorest 10 percent of Indians face a risk of dying from air pollution that is nine times higher than for the richest 10 percent, according to research released Monday.

Fine particles (PM2.5) generated from burning fossil fuels, farming practices and wood-burning stoves contribute to a host of health problems and are behind most of the eight million air pollution-related deaths worldwide each year.

Previous research has shown that the richest individuals bear an outsized responsibility for air pollution due to their consumption-heavy lifestyles.

Researchers based in Europe and the US wanted to see how wealth is linked to air pollution exposure in Earth’s second most populous nation.

They examined data expenditure for different income groups and used a sophisticated computer model to estimate the pollution that such spending habits were likely to have produced.

They produced a map of anticipated air pollution then used it to generate the estimates of related health impacts.

Unsurprisingly, the team found that while higher net-worth individuals contributed most to air pollution levels, it was poorer individuals who suffered the most from it.

The study, published in the journal Nature Sustainability, estimated that air pollution from outside and inside sources contributed to the deaths of 1.19 million people in 2010, the last year for which emissions and expenditure data were directly comparable.

They also defined a new pollution inequity index, which measured the ratio of premature deaths against the amount of ambient air pollution each income group contributed.

For the highest-earning 10 percent, the index predicted an estimated 6.3 premature deaths per unit of pollution it contributed. For the poorest 10 percent, that figure was 54.7 deaths — nearly nine times higher.

To test the best ways of reducing air inequality, the team examined two scenarios: one in which clean technology was applied to all pollution sources except cooking stoves, and one in which solid-fuel stoves were replaced with electric ones.

Perhaps unexpectedly, the modelling showed the second scenario — simply doing away with wood- and coal-burning stoves — had the greatest reduction in air pollution-linked deaths.

With millions of Indians moving from rural areas to cities in search of work since 2010, Wagner said it was hard to quantify the net effect air pollution was having on that migration.