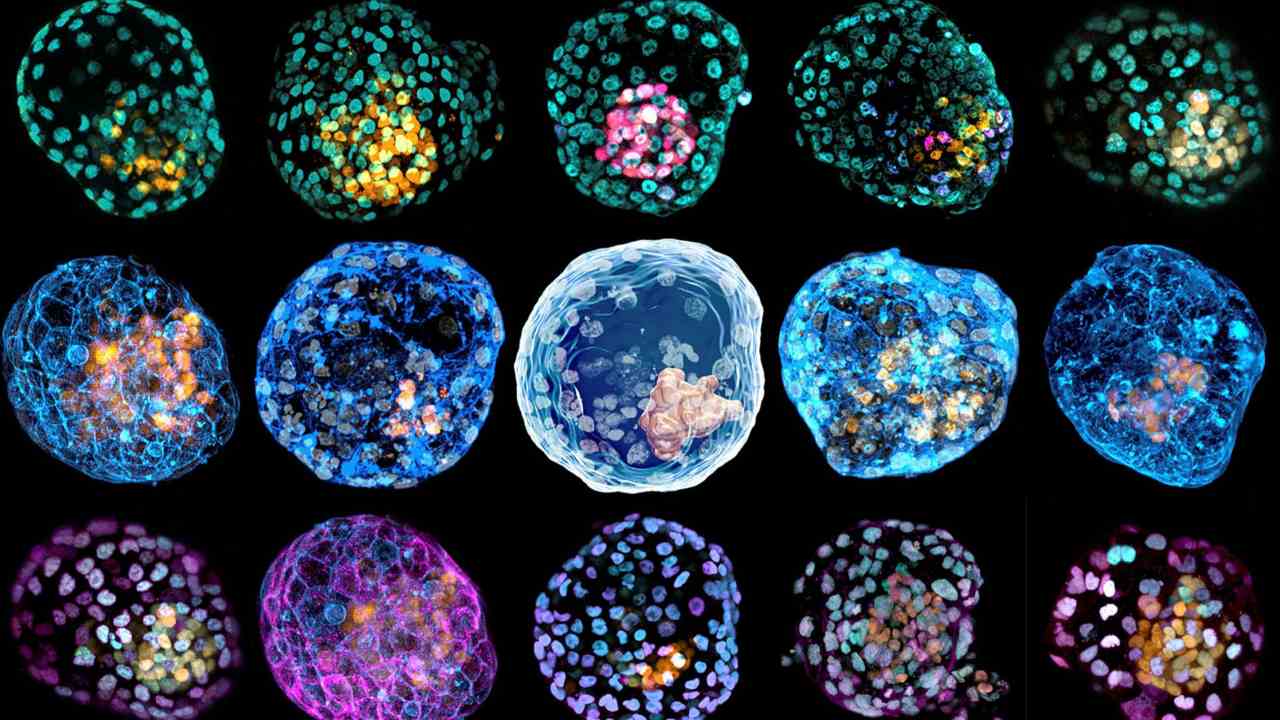 For the first time, scientists have used human cells to make structures that mimic the earliest stages of development, which they say will pave the way for more research without running afoul of restrictions on using real embryos. Two papers published Wednesday in the journal Nature detail how two teams of scientists independently made such structures. They stressed that their work is only for research, not reproduction, but it likely will pose new ethical questions. “Studying early human development is really difficult. It’s basically a black box,” said Jun Wu, a stem cell biologist at the University of Texas, Southwestern Medical Center. “We believe our model can open up this field,” he said, if “you can test your hypothesis without using human embryos.”

Wu’s team used embryonic stem cells and the second team used reprogrammed skin cells to produce balls of cells that resemble one of the earliest stages of human development. These balls, called blastocysts, form a few days after an egg has been fertilized but before the cells attach to the uterus to become an embryo. To differentiate their models from blastocysts created through fertilization, the researchers refer to the structures as “iBlastoids” and “human blastoids.”

“They shouldn’t be considered as equal to a blastocyst, although they are an excellent model for some aspects of biology,” said Jose Polo, an epigeneticist at Monash University in Australia who led the second research team.

Both groups stressed that the structures they made were not the same as naturally occurring embryos, and it’s unclear whether they could develop into viable embryos.

“The blastoids are less efficient in terms of generating structures mimicking later stage human embryos,” said Wu, whose team stopped growing the structure in a culture after four days. Preimplantation genetic diagnosis is a technique used to identify genetic defects in embryos created through in vitro fertilization (IVF) before pregnancy, which is banned by German legislation. Image: Michael Dalder

Research involving human embryos and blastocysts is currently ineligible for federal funding in the US, and several states prohibit it outright.

Some scientists now use blastocysts donated from fertility clinics for research into the causes of infertility and congenital diseases. The new work should allow them to do such research at much larger scales, Polo said.

“This capacity to work at scale will revolutionize our understanding of these early stages of human development,” said Polo.

The scientists stressed that their creations were not intended to be used for human reproduction.

“There is no implantation,” said Amander Clark, a stem cell biologist at the University of California, Los Angeles who co-authored the paper with Polo. “These structures are not transferred to a uterus or uterus-like structure,” she said. “There is no pregnancy.”

The distinction between blastocysts derived from fertilization and the structures created in a lab may not be so clear-cut, said Shoukhrat Mitalipov, a human embryologist at Oregon Health and Science University who was not involved in the research.

“Both groups show how closely they resemble real embryos,” he said. “If they are really as good as embryos, should they be treated as embryos?”

“This brings new ethical issues,” he said. “Are they going to be covered as human embryos? Should restrictions apply?”

Scientists previously tried to turn the lab-generated mouse cell structures into embryos, but they were not successful.

The optimal scenario for research is to “get as close to a real embryo as possible so you can learn from it, but not a real embryo so you don’t get into debates about the moral status of embryos,” said Alta Charo, a professor emerita of law and bioethics at University of Wisconsin who was not involved in the papers.

Messages and wishes you can share with your friends and family- Technology News, FP

Get affordable precision styling with these trimmers under 1,000- Technology News, FP