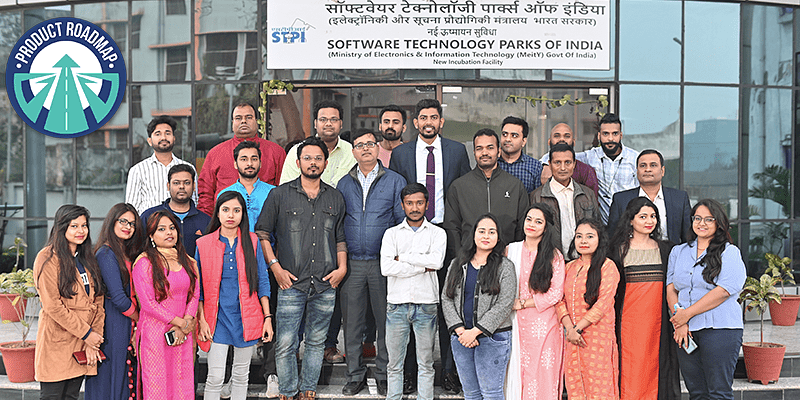 Manish Chandra and his wife, Suman Priya, love to travel. However, travelling by train often spotlighted a problem that existed across India: the unavailability of quality food.

This led them to put on their thinking caps and in 2015 the couple launched RailRestro, a platform that works as food booking app for Indian Railways and offers customers the option of getting food delivered to their seats at specific stations.

Foodtech startup RailRestro works on a marketplace-like business model, with a wide network of vendor tie-ups with restaurants across India. Customers can book food as per their choice, online, on the website, or via the app, with their PNR number. Orders can also be placed at RailRestro’s call centre.

Passengers can pay either through a secure payment gateway or through a cash-on-delivery option. The minimum lead time to process an order is around 60 minutes.

The PNR gives all journey details, including train timings, which are shared with restaurants an hour or 90 minutes prior to order delivery through SMS, email, and push notification on the vendor app.

Hot and fresh food is delivered right to the seat and a confirmation SMS is sent to customers. “We keep tracking the train in the last one hour to synchronise the delivery of food on the train,” Manish says.

RailRestro is an authorised e-catering service partner of IRCTC, the Indian Railways ombudsman, and services more than 400 railway stations in 375 cities.

Starting with the web

Suman says RailRestro was “a very simple service when we launched it”. “We focused on customer experience while ordering food through website. It was later that we taught of getting a mobile app as searches were growing, and platforms like Swiggy and Zomato had already entered the market.

“We then introduced our first cross-platform hybrid app on Play Store and iOS platforms to acquire train passengers searching for food,” she says.

The platform has an average of 30 percent repeat customer rate.

“The first product was a Core PHP website without any backend. The orders used to be processed manually. When the order volume grew to 200 orders per day we chose MVC framework for faster development with a backend that allowed order processing, We had to do many alterations to refine process accuracy and simplicity of operation. We initially worked for around two months on our technology stack,” Manish says.

Moving to the app

The growth in order volume continued. When RailRestro crossed 20 lakh orders, the team knew there was a need to improve the UX of the web and mobile apps as the user base on mobile had exploded to more than 95 percent.

Manish says they needed a full rebuild of the web and mobile apps. “The mobile app was lacking features and the slow development cycle was keeping us from deploying rapid changes. Also, the UX on mobile web/desktop and Android app was totally different.”

“We decided to develop a single PWA app so that we could focus on mobile-first UX and rapid improvement was possible, ensuring speed and seamless design on all platforms. The web app was designed and we replaced the Android app with the new PWA web app,” he says.

While the web app frontend was in production, the team had to plan the new app development and transition without disturbing the one that was running. Manish explains most of the URL structure had to remain the same due to SEO rankings

“We used Laravel with bootstrap 4 to design and code the backend and frontend for the new PWA app. We had to be careful that conversion pages url, landing pages that were indexed, and events to be migrated to the new app reflected the similar analytics data, specifically for goal conversion,” he says.

After initial testing and feedback gathering, the team launched the new app and measured the performance of application load time, impact on conversion rate, total ecommerce transactions, bounce rate, and other metrics and “found significant improvement in all areas”. Performance improvement was up multiple times as compared to the previous app.

“When we compared analytics data, we found that that the bounce rate decreased by 4 percent, conversion rate increased from five percent to eight percent, sessions increased by approximately 25 percent on an average, and cart abandonment rate decreased 2X,” Manish says.

Two years on, order volumes were saturated. The team realised that 70 percent of users were coming from Google searches and ads, and there was a lack of awareness about their services.

“We realised this and improved our pages and on-page SEO for each page with targeting keywords. We made our product more SEO-friendly for Google searches and increased customer acquisition by 50 percent in just six months. We focused much more on digital marketing strategies and campaigns to acquire more users through Google searches” Manish says.

RailRestro’s retention and repeat rate was high, but the target audience was small, which made it imperative to work on consumer acquisition. They partnered with major platforms like Ixigo, Confirmtkt , Railmitra, and IRCTC to tap their huge user base.

The food delivery startup gained traction when it partnered with IRCTC, and started processing 600 orders a day nine months after starting out.

There are other similar players in the market, including Hyderabad-based OMitra and TravelKhana, specifically focuses on food servicing. Others include RailTiffin and IRCTC-approved Comesum.

The COVID-19 pandemic pulled the brakes on rail catering services, but RailRestro hopes to get back on track as things return to normal. RailRestro is targeting over 60 lakh consumers by the end of this year.

“We have started taking orders on apps through commission sharing model and we have grown around 30 percent of the orders through their referral traffic looking for food on the train and orders booked at their platform only through order booking api integration,” Manish says.

The BNPL boom may be fading – TechCrunch

How to Stay Clean: Tips for an Organized and Hygienic Workplace