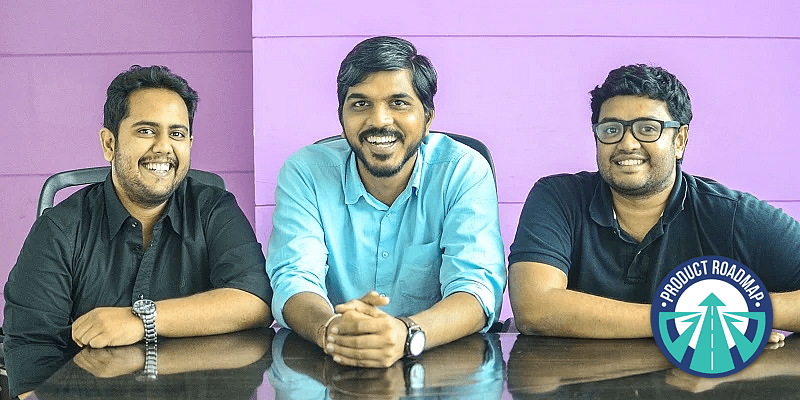 It was a simple value proposition. Could someone get their favourite dish or meal delivered to their doorstep, without any hassle like minimum order value or delivery time?

Swiggy is now a unicorn in the foodtech space and has gone beyond delivering food; it is now a force to be reckoned with – and the numbers do all the talking.

Its new Dunzo-like feature of any delivery anywhere, Genie, is now present in 65 cities; Instamart, the grocery delivery platform, is operational in two cities; and HealthHub, which focuses on health foods, is available in four cities.

The pandemic and lockdowns led to a drop in food delivery orders in March 2020, but the additional businesses of Genie, and Grocery (now Instamart) got in 100 million orders till October 2020. On an average, Swiggy, which competes with Zomato and Dunzo, does about 1.45 million orders in a day.

The lockdown led many restaurants to permanently shut down due to the sudden drop in dine-ins. However, as the country began unlocking slowly, Swiggy started witnessing a surge in new restaurants. It is currently onboarding 7,000+ restaurants every month with the current count exceeding one lakh.

Despite their poor financial performance in FY20, owing to the COVID-19 pandemic, the foodtech unicorn has seen close to 6X growth from 2017 to 2019. In fact, funding in the foodtech sector has increased 35X in the same time period.

But in 2014 when the founding trio had conceived the idea, they started by identifying three core problems for any consumer wanting to order food: unreliable deliveries, high minimum order value, and poor restaurant selection.

An MVP with a focus on convenience

“From 2014 to 2017, Swiggy focused on just one thing – solving for food delivery in different ways,” says Anuj Rathi, VP Product, Growth, and Revenue. He explains they had realised food was a category where demand outstrips supply (delivery partners and restaurants).

In areas where restaurants were present and demand was high, they began by mapping and predicting demand and ensuring there was available supply of delivery partners to cater to that demand.

Swiggy works like a three-way marketplace: consumers, merchants, and delivery. “Most ecommerce plays work on a two-way marketplace model. The complexity for a product like Swiggy comes in because it is all being done real time,” Anuj says.

This means showing consumers the list of restaurants they will be ordering from, the time taken to deliver, and restaurants getting an order notification.

“We didn’t have a separate merchant app or delivery app. We first built the merchant platform and orders would reach the delivery partner through SMS. We had to begin setting up the core systems of the marketplace. For building multiple systems, our core idea was to deliver convenience to the consumer,” he explains.

Anuj says the number of things that have to go right to ensure that a consumer is able to get a product seamlessly delivered is “high”.

Technology at the core

Anuj says the team had realised that technology had to be at the core of the business model for operations to run seamlessly and to deliver convenience at scale. Another realisation: they had to operate with their own set of delivery executives.

“We were able to add different verticals as our initial platform was built to bring in that convenience and scale,” says Anuj, explaining that the team had built for the MVP with the assumption that they were high density zones. As the product expanded, the team had to look at the number of delivery partners, restaurants, and the kind of demand in the area.

“Different cities have varied problems, which can be different from where you are starting out from.”

It was also vital to ensure that many steps in the chain were automated. During expansion to different cities, it was also necessary to focus on price points and the kind of consumers they were targeting.

The idea was to build a framework around customer needs and patterns in a particular area. It was also important to invest in delivery partners, as they played a key role in ensuring the core proposition of convenience. Other factors that mattered included the place, order flow, number of orders, which restaurant the delivery partner had to go to, and the route to the restaurant. Instructions – carrying the package in a certain way and others – also had to be paid heed to.

“How to connect all these points to make it easier – even for the delivery partner – became essential,” explains Anuj, adding that it is important to work backwards from the consumer demand you are looking to fulfil while thinking about scale and growth.

The team focused on core food delivery until 2017.

In 2018, Dale Vaz, now the CTO of the company, joined to lead their AI and ML efforts. “We had to work to build tech to manage a scale of over a million orders in a day. From an intelligence perspective, it was largely human-driven and custom-built for food delivery orders,” Dale says.

“I think we were fortunate that the direction we were in – the ability to provide convenience – helped us prepare for this moment, and we were ready with a multi-category product,” Dale says.

In the early days, if there were extra orders in a location like Koramangala, the operations team would manually assign extra delivery partners to the area. This was done on a dashboard, which delineated areas with more delivery partners and those with fewer.

“When they did that on the app, we had built the system to read that configuration and then immediately reduce the number of restaurants you saw on the app. So as a customer, you may have seen cases where sometimes restaurants just disappeared from the listing,” Dale says.

This system needed daily and hourly intervention, and necessitated a large call centre that connected with customers, drivers, and restaurant partners. The need for automation was clearly huge.

“Since we were growing and looking to take the product from a single (food) focus to multiple categories, it became critical to rethink the product experience,” Dale says.

This meant two things – food, a large part of the platform, had to scale with minimum human input, and the other categories also had to grow and scale.

On the food side, this meant bringing a lot of AI into decision making. But the key thing was: how do you start to incorporate and learn from human intelligence on the ground? And how do you build systems that will replicate and perform that intelligence in an artificial manner?

“For example, trying to control what we call serviceability, which is essentially the number of restaurants that are serviceable, which was controlled by humans to be done automatically. We built systems that now automatically monitor the movements of drivers across the entire network,” Dale says.

A large neural network that tracks drivers moving across India, keeps track of their orders and work assignments was worked on.

This is an artificial system that is tracking every individual zone and looking at how many orders are coming in, how many drivers are available, what is the work assignment they currently have, and when will they become free. In real time, the system computes how many more orders can they take. This also helps predict what future orders will look like in 30 minutes.

Combining on-ground tracking and the prediction, a decision is made if there needs to be more bandwidth, or if the restaurants have to be made “unserviceable” as the system may not be able to fulfil those orders.

“Our goal is to make sure that when you place an order, it can be delivered to you. And that’s tough in the hyperlocal space, because things are changing in real time. Ecommerce has a physical warehouse and inventory and fixed systems, but with delivery it is real time,” Dale says.

He gives the example of Genie, saying that it’s where the team has to combine a lot of AI with human intelligence. “A lot is happening on ground in real time. For example, the roads are suddenly dug up, or there’s traffic. This changes the way the system behaves.”

“What we have done is build an AI stack – a multi-layered cake. Essentially, it is this infrastructure we have built, which is collecting as much information as possible about every interaction, every event happening on our platform.

“Every time a customer visits the app, every time they click on some menu, we are tracking it to indicate that this customer has some kind of interest in these types of restaurants, this kind of menu,” Dale explains.

Similarly on the driver’s side, the team tracks where they are moving, the locations they have visited, the number of times orders have been delivered, and cancelled. It does this for restaurants and stores as well.

“All this information is flowing in through all our different apps and systems into our data platform, which is processing humongous amounts of information. We process more than a billion events every single day,” Dale says.

The app also tracks customer preferences based on their order history. This builds a certain persona of the customer – whether they like biryanis or other products, preference for Italian or North Indian cuisine.

“We can also build preferences…whether you like premium restaurants, discounted or friendly restaurants, and other dimensions of customer buying behaviour,” Dale says.

Next comes the applications layer, which is what customers, drivers, and restaurants actually interact with. This is where each customer sees a different listing. For example, the list of restaurants that you see is going to be completely customised to your preferences. Your friends sitting nearby may see a very different list.

“Understanding from your past history, your intelligence signals will reveal what kind of products, restaurants, and dishes you like,” Dale says.

Bringing in spatial and time intelligence

The team also added another layer. If you have a propensity of ordering in a certain way in certain locations. From location A, which may be office, you may routinely order easy to eat meals. At home, you may be ordering more family-friendly dinners.

This layer ensures you will see different restaurants show up based on which location you have selected in your app. This is also true for the time of day.

“We recognise both concepts of time and day. In real time, we are changing this. Your weekend list may be different; you may see a very different set of restaurants,” Dale says.

Amidst COVID-19, the team added new features like temperature tracking, hygiene factors, and other elements.

“From a future perspective, I would say our desire is to really revolutionise the way customers live in India. So when you think about Swiggy, we want to be as close as possible to customers in being able to deliver instant gratification,” Dale says.

Who Owns How Much Of IPO-Bound One97 Communications

Advice From a Successful Female Business Owner: “Don’t Wait Until You are at the Top of Your Game to Get Covered”