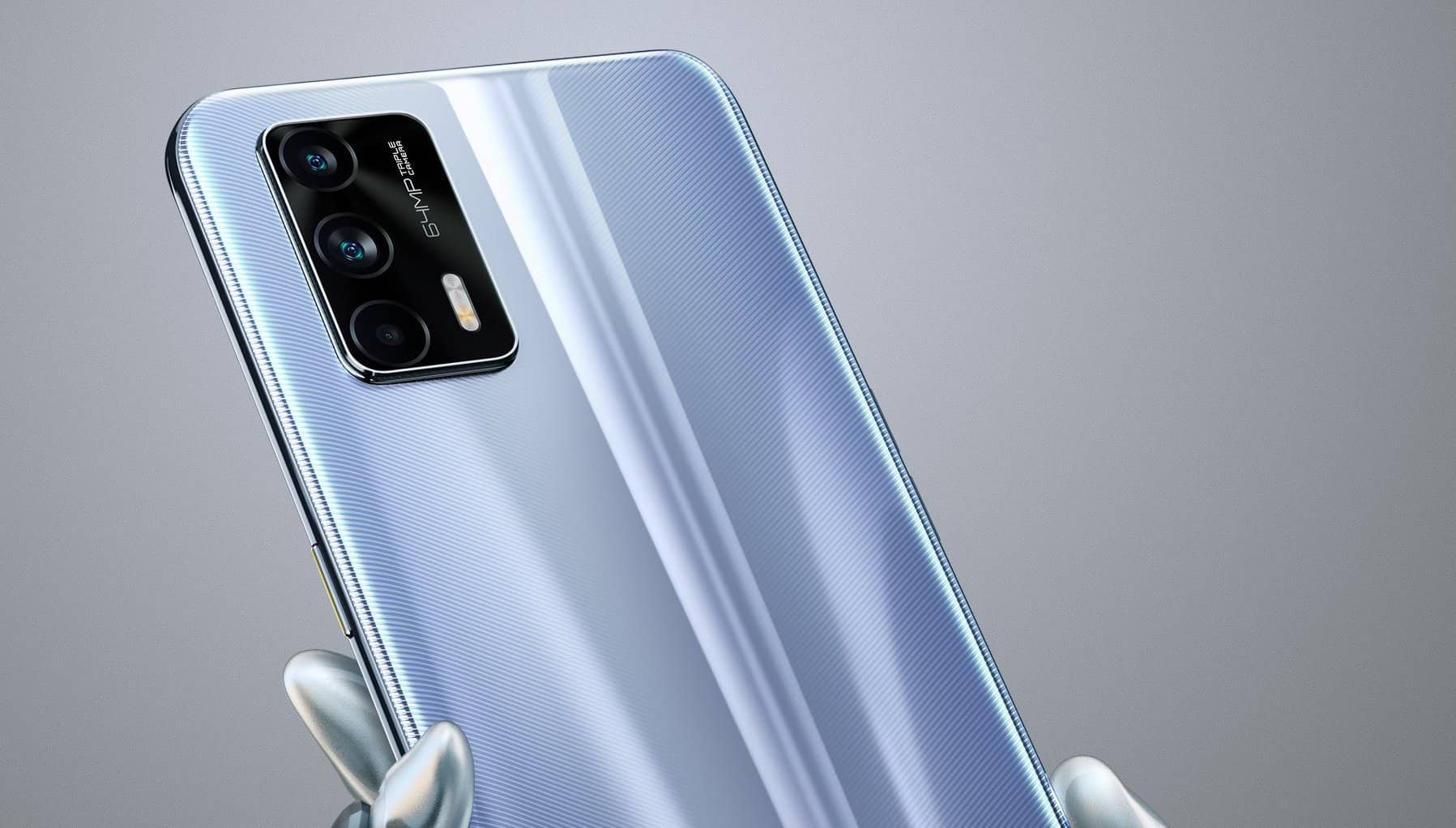 Realme GT 5G is all set to launch next month, but ahead of the official launch, two images of the device have been teased that show the phone with a 3.5 mm headphone jack and a triple rear camera setup. The Realme GT will be the company’s upcoming flagship and a Realme RMX2202 (Realme GT 5G) was recently spotted at TENAA with a rectangle-shaped camera module, a punch-hole display, and a GT logo on the back. The company is expected to launch the upcoming Realme GT 5G in leather and glass back editions in China and the official posters also show the glass edition of the device, while the GT logo still hasn’t been spotted. 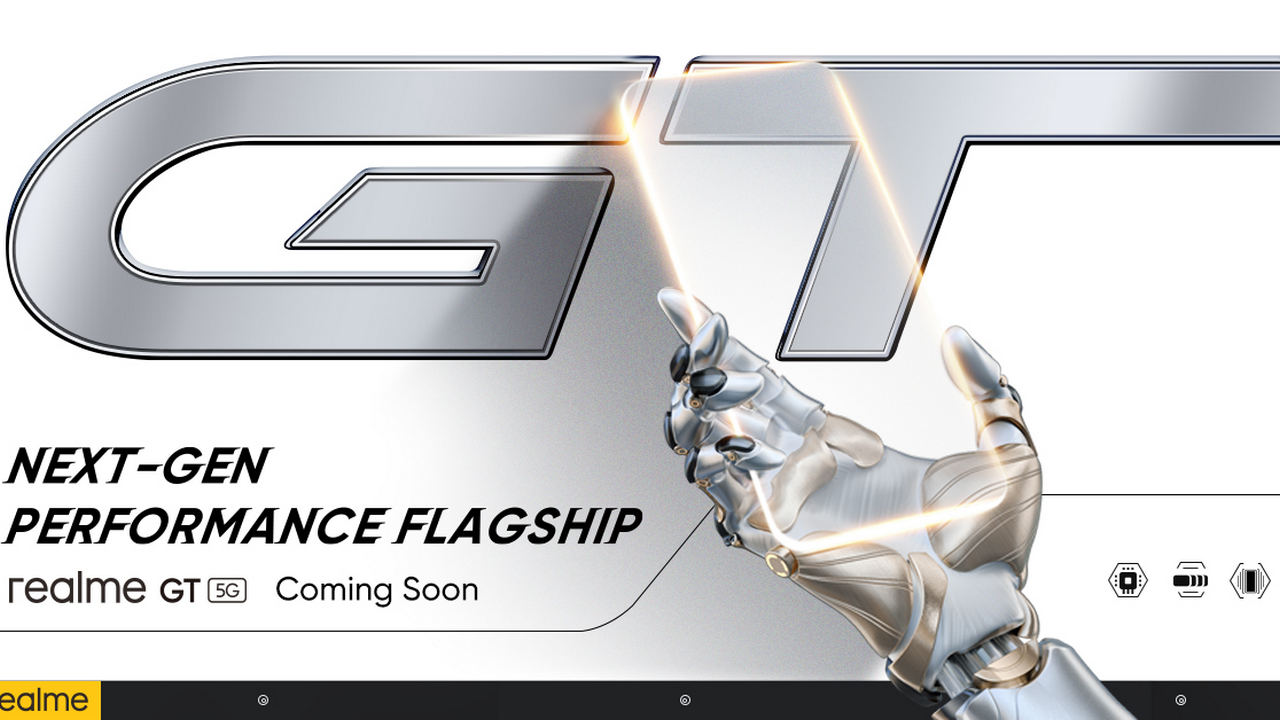 Are you ready to meet the brand-new Flagship series, #realmeGT?
Watch out for #realme at the #MWC2021 tomorrow! pic.twitter.com/oXYk0W70jy

Realme’s Vice President Xu Qi Chase shared posters on Weibo that reveal some information about Realme GT, along with its design. He also shared a poster of the upcoming device that confirms the presence of the 64 MP triple camera setup, a USB-C port, loudspeaker grille, and a 3.5 mm audio jack.

According to reports, the Realme GT Pro specifications include an AMOLED display with a 120 Hz refresh rate, 65 W fast charging, Snapdragon 888 chipset, 12 GB RAM with 256 GB of UFS 3.1 storage, and Realme UI 2.0 on top of Android 11 OS.

Speculations suggest that there could be a Pro version as well that would feature a 160 Hz refresh rate display, Qualcomm Snapdragon 888 chipset, and a 125 W UltraDart fast charging technology.

Chinese actor and singer Yang Mi will be seen promoting the Realme GT Pro smartphone in China that will be launched on 4 March at 2 pm local time (11:30 am IST).

Reliance JioPhone 5G specs leaked, could be announced as early as the end of August- Technology News, FP

Humans will be living & working on the Moon by the end of this decade thanks to Artemis 1, says NASA- Technology News, FP