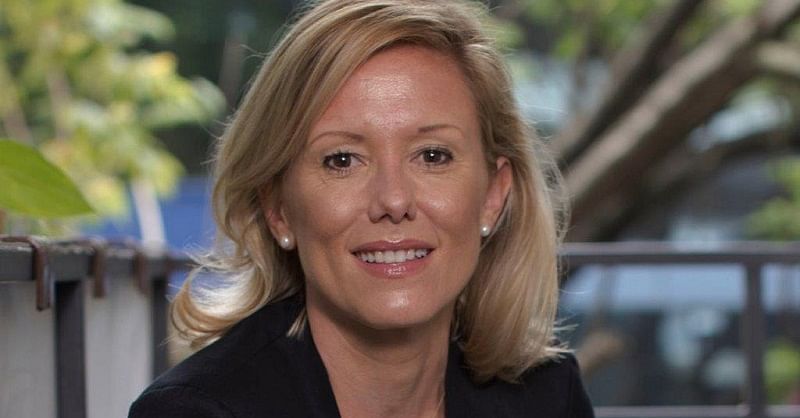 India is still one of the most financially underpenetrated markets in the world, and has some of the lowest rates of penetration in consumer credit, with less than 3 percent of adults using a credit card, according to Research and Markets. According to CEIC household debt ratios in India are 11-12 percent versus 80 percent plus in the rest of the world.

One of the reasons for this low penetration is the cost of distribution and operations of financial services is high under traditional channels. If technology is deployed, even small-ticket size products can be made available.

The fintech firm is an AI-driven EMI financing and “Buy Now Pay Later” platform, which uses existing credit scores for repeat customers and creates credit scores for first-time borrowers. The platform looks at SMS data to understand the creditworthiness of the borrower and offers its technology to over 100 NBFCs to lend to the customer.

“We have a huge under-penetration challenge for a bunch of products — from insurance to wealth management. But the problem we’re trying to solve is of consumer credit. We felt the best way to do that was to create products that partner with retailers, manufacturers, and the entire digital ecosystem,” says Lizzie.

Fast forward six years, ZestMoney is scaling significantly in terms of customer base, product offerings, etc. The founders believe India will double the number of people who want credit in the coming years. The EMI financing platform’s ‘buy now pay later’ option is currently available in over 15,000 stores across the country, and ut the company plans to ramp this up to 400,000 in 2021.

With nearly six million users at present, the company is looking to cross Rs 100 crore revenue in FY 2021. The company’s revenue was Rs 72 crore in FY 2020 according to RoC data.

Lizzie says the team learned very early to ignore naysayers who told them that their idea will not work. “We wanted to build the first completely digital end-to-end EMI platform with zero human intervention in the entire product and process. No one had ever done that, so we were repeatedly told that we would need to do physical KYC, we would need to collect cash, and we would need to take physical documents. We chose to ignore all this “advice” and plough through on building a completely digital product and it worked in the long run,” says Lizzie.

In the early days, the company researched and made a list of investors who understood digital credit and Buy Now Pay Later (BNPL) in particular. Ribbit Capital was at the top of the list, given it had invested in Affirm, NuBank, and many similar businesses globally. Lizzie says it was such a thrill for the team when they said they would invest after a very short meeting.

According to Lizzie, a one-size-fits-all approach to consumer credit doesn’t work in India. Products like personal loans and credit cards are solving the problem for a tiny slither of the market, she adds.

The consumer lending fintech company believes in the “sachet” approach and says consumer credit is a perfect use case for the creation of a complete digital sachet size solution.

For a market like India, credit cards simply don’t make sense as the costs are too high with a 4-5 percent monthly rate. India has only a small section of the market with the type of income to justify non-sachet size products like long-term borrowing. Most consumers in India need smaller ticket product in categories like credit, mutual funds, and insurance as far as buy now, pay later or EMIs is concerned.

However, the main innovation in the last couple of years has been the digitalisation of these products by providers like ZestMoney. Other players in the space include Kissht, LazyPay, Bajaj Finserv, and Snapmint.

The shift towards ‘pay later’ solutions represents the fact that consumers are looking for complete transparency and no hidden charges. According to ZestMoney, nearly 70 percent of its customers come from Tier II and III cities and a majority of them are new to credit or have only limited credit exposure. The average age of a customer on the platform is 34, and Zest claims to be helping them build a good credit profile.

ZestMoney claims to have convinced over 8,000 brands to work on the BNPL option upon checkout. Some of the big names it works with are OnePlus, Mi, Apple, etc.

“The rate of conversion is higher for a BNPL/EMI product than a full upfront payment. The average ticket size goes up too. Someone who has a budget of 10,000 for a smartphone would be willing to spend Rs 15,000 or 20,000 if they get an option of breaking up the purchase into a 3 or 6 or 12 months EMI,” says Lizzie.

“We have been able to improve business and conversion rates for 3,000 online partners. We still count on large ecommerce players like Amazon, Flipkart, Paytm, Myntra, and MakeMyTrip. among others,” says Lizzie.

The company claims its zero cost 3/6-month EMIs are a big hit with almost everyone. Twelve-month BNPL plans are also popular because they help to spread out the cost of large ticket items like edtech, large appliances, etc.

The business and technology

The startup has a unique business model. It is a three-sided marketplace with three sets of customers – the consumer side, the merchant side (where it offers a payment solution to them), and the lender side (where it is a software and acquisition partner).

The bulk of ZestMoney’s revenue is generated by integrating with merchants across online and offline channels – it acts as a payment partner to them and also as an affiliate partner, bringing them new transactions and customers.

“Technology is at the core of everything we do. ZestMoney uses AI and machine learning at various stages of customer onboarding, including risk assessment, fraud detection, affordability assessment, and KYC compliance. As far as risk in underwriting is concerned, looking beyond the traditional credit score is important, especially in terms of economic uncertainty like the times we are in now,” says Lizzie.

“We also have an alternate data model for underwriting. We consume and process data points like a digital footprint, mobile technology, and transactional behaviour to map customers. We look at mobile technology, Artificial Intelligence, and machine learning to analyse dozens of factors besides a traditional credit score to underwrite risk both quickly and accurately,” she adds.

Growth during the pandemic

The pandemic significantly sped up a trend that was happening in the market with UPI and other developments in digital commerce. At the same time, awareness of digital EMI and BNPL solutions also increased multifold.

During this time, Zest doubled down on categories like edtech and electric vehicles apart from smartphones, electronics, and fashion. It also launched one of the largest financial literacy programmes to help understand the importance of savings and the impact of the moratorium on people’s lives.

“We have always maintained that credit cards are not for the Indian market. Look at the innovation in payments and online shopping – Indians are leapfrogging cards to BNPL. It is happening right now at an incredible pace and we expect that to accelerate in the next 12 months, and we expect the market to double in the next two years,” says Lizzie.

In the next 12 months, the company plans to double down on its partnerships and take its offline network from 15,000 to 4 lakh. It is planning for strategic partnerships with banks and will continue to collaborate with lenders and NBFCs.

“Our plans for credit on UPI will be a game changer and will play out strongly in the year to come. We are powering BNPL through our partnership with GooglePay and a presence on the Spot platform. We hope to launch in a new geography soon. We believe our tech infrastructure and the ability to strike partnerships is a win when we expand in global markets,” says Lizzie.

“In India, active credit cards are less than 25 million. Indians prefer a transparent digital pay later solution that has no hidden charges or ambiguity around interest rates. There is also a huge population that needs a better, cheaper form of consumer credit. So, many are switching to BNPL, skipping credit cards entirely. UPI has a role to play, and with the pandemic, people are a lot more comfortable doing a digital purchase and that spills over to financial habits too,” says Lizzie.

VC investment into ecommerce companies clocks record $140B in 2021, India ranks 2nd after the US

Patanjali-acquired Ruchi Soya to launch FPO on March 24, aims to raise up to Rs 4,300 Cr

Airtel Payments Bank to get external investors, spin off before IPO: CEO

Perks of coffee breaks at work