A screenshot of the microsite tab title. Image: tech2

In the press release, Samsung confirms that the Galaxy A32 will feature a 64 MP quad-camera setup (which would include an ultra-wide lens, macro lens and depth camera), an sAMOLED display with 90 Hz refresh rate, and that the smartphone will fall in the mid-range smartphone segment.

Samsung has also confirmed that the smartphone will be fuelled by a 5,000 mAh battery. 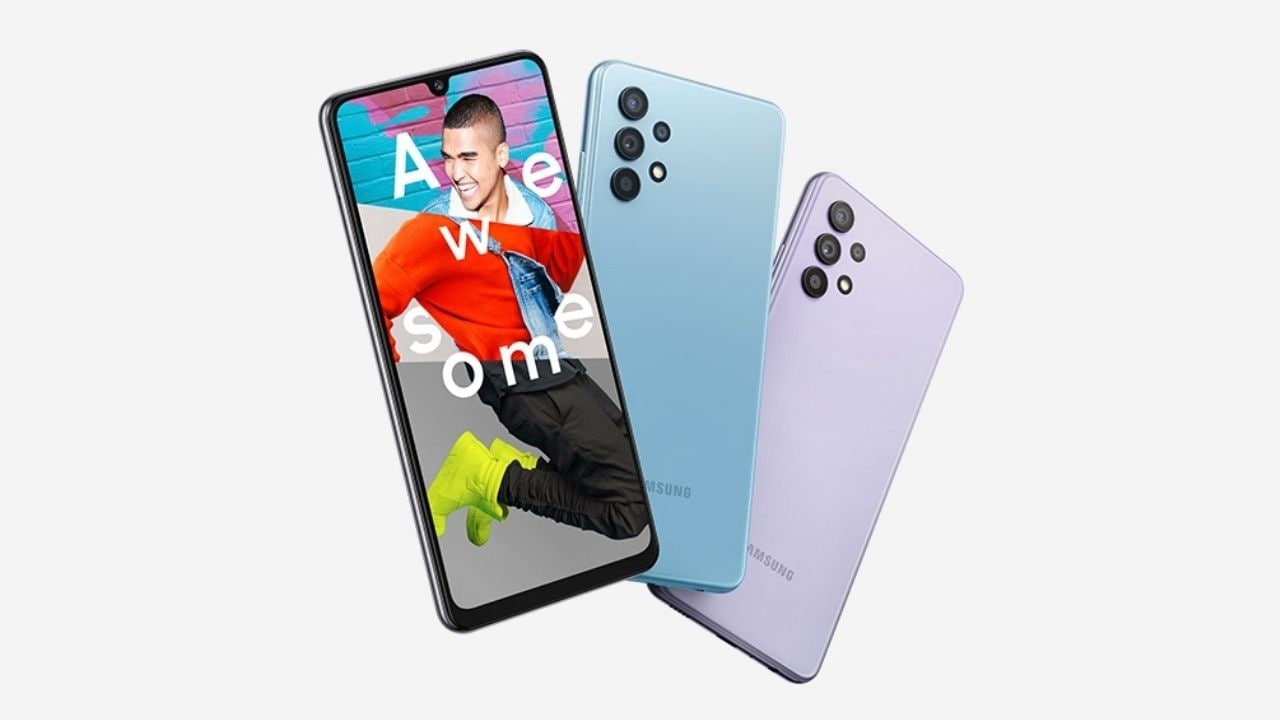 Besides that, recent unveiling of the Galaxy A32 reveals that the 4G variant of the smartphone will come with a 6.4-inch  full HD+ display with an Infinity-U notch design. It will measure 158.9 x 73.6 x 8.4mm and weigh 184 grams.

Powering the phone is the unspecified octa-core processor clocked at 2GHz. The company has not revealed the chip name but could be MediaTek’s Helio G85 processor. It will be available in multiple RAM options of 4 GB, 6 GB, and 8GB RAM and will be available in two storage choices of 64 GB and 128 GB, with microSD card support for additional storage.

For clicking pictures and video recording, the Galaxy A32 features a quad-camera setup at the back that includes a 64 MP primary camera, an 8 MP ultrawide angle sensor, a 5 MP macro shooter, and a 2 MP depth camera. The front camera includes a 13 MP sensor and gets a side-mounted fingerprint scanner.

The Galaxy A32 4G houses a 5,000mAh battery and gets 15W charging support. The handset will be available in five colour options of Awesome White, Awesome Black, Awesome Violet, and Awesome Blue.

Mandatory FASTag to result in savings of Rs 20,000 crore per annum on fuel, says Nitin Gadkari

You get a little more than what you pay for- Technology News, FP