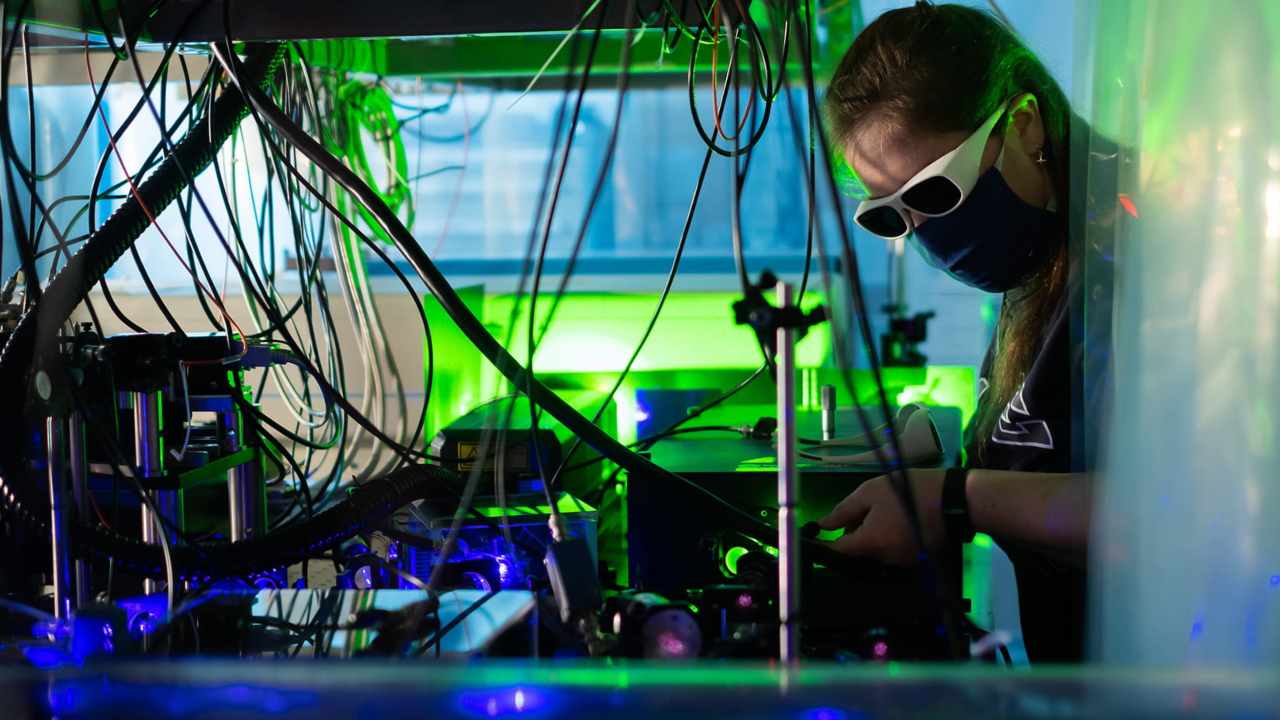 Physicists at Rice University have discovered a way to confine the world’s coldest plasma using a magnetic field. The technological achievement is remarkable for research in clean energy, space weather and astrophysics. Plasma is a fundamental state of matter, but unlike solids, liquids or gases, plasma isn’t something we interact with every day. It is found in extreme environments, like the sun’s corona, magnetospheres of planets including the Earth, in comet tails, interstellar and intergalactic media, and accretion disks around black holes. Many questions about plasma still remain unanswered, and the new milestone achieved by Rice University physicists could shed light on the relatively mysterious state of the matter.

The research team was led by Dean of Natural Sciences at Rice, Tom Killian, also the corresponding author of the published work in Physical Review Letters. Killian and graduate students Grant Gorman and MacKenzie Warrens used laser-cooled strontium to make plasma one degree warmer than absolute zero – minus 272 degrees Celsius – and trapped the plasma for half a millisecond using forces from magnets around it.

This is the first time an ultracold plasma has been confined magnetically – something Killian says will open door to studying plasmas in many settings.

“This provides a clean and controllable testbed for studying neutral plasmas in far more complex locations, like the sun’s atmosphere or white dwarf stars,” Killian, a professor of physics and astronomy, said in a Rice statement. “It’s really helpful to have the plasma so cold and to have these very clean laboratory systems. Starting off with a simple, small, well-controlled, well-understood system allows you to strip away some of the clutter and really isolate the phenomenon you want to see.”

In the sun’s atmosphere, the sun’s magnetic field affects multiple processes in subtle and complex ways, according to study co-author Stephen Bradshaw, a Rice astrophysicist who specializes in studying plasma phenomena on the sun. Solar physicists rarely get clear observations of specific features in the sun’s corona, since part of the atmosphere comes between the camera and those features. Unrelated phenomena in the intervening atmosphere obscure what they would like to observe, according to the statement.

The researchers shared plans to combine magnetic fields with lasers to create even better magnetic traps, opening the way for more discoveries.

Has OnePlus just outdone itself with its latest launch?- Technology News, FP

Why it’s a big deal, how it works, and what happens next- Technology News, FP

With billionaires launching, is it time to implement a new international space treaty?- Technology News, FP