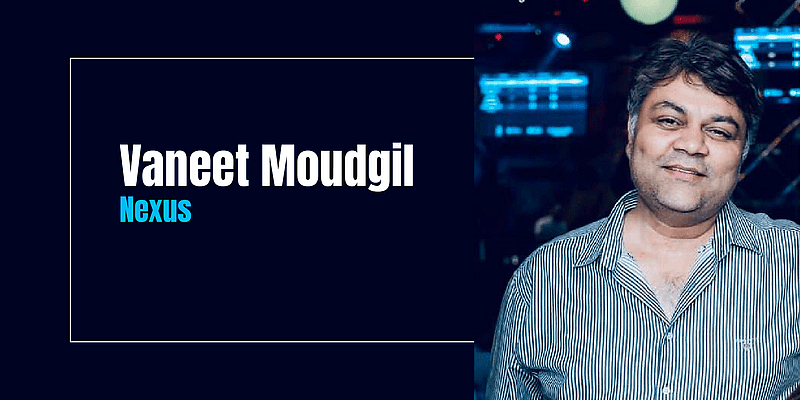 “I come from a family of doctors. Both my father and grandfather were doctors…but I was a nalayaak. After my +2, I could not crack the medical entrance exams and I did not want to drop a year, which is why I decided to become an entrepreneur!” says Vaneet Moudgil before breaking into a laugh.

The owner of Nexus, a garment manufacturing business, Vaneet is an epitome of wit. When asked what he wanted to be when was 12 years old, “A dulha!” was his immediate reply, or when asked about the favourite day of the week: “Whichever day I get money coming in”. His sharp wit can be attributed to the fact that communicating and thinking clearly is of high importance to him.

One of the books he is reading is The Art of Thinking Clearly by Rolf Dobelli and if he was given a chance to teach a subject to students, he would choose teaching communication skills. Vaneet prefers any kind of Punjabi food, so long as it is paired with a good conversation.

He prefers milk over both tea and coffee. When not catching up on his sleep in his spare time, Vaneet loves to listen to Arjit Singh’s music. A fact that only a few people know about him is that he has heterochromia — that is both of his irises have different colours. He is a big fan of Dan Brown and has read most of his works. Hence, if he were given a chance to visit any country, he would like to visit the Vatican City— the setting for many of Brown’s books in the Robert Langdon series.

Fondly referred to as Binny by his near and dear ones, Vaneet is a family man at heart. Even when he was given a choice to have dinner with four famous people, he would prefer to do so with his wife, father, son and mother. If there was a fire at his residence, the three things he would have taken with him are his family’s medical records, financial portfolio and his car keys.

This sense of responsibility also reflects in his outlook towards work. “I have 80-90 people relying on me for work…they need to be supervised to ensure that they work on time, which is what motivates me to get up in the morning.”

Vaneet says that he would consider himself successful when he reaches the ideal version of himself 10 years down the line. In fact, his ideal role model is himself 10 years from now. “Plan yourself and limit yourself,” is his advice for aspiring entrepreneurs. When asked about the one thing he looks forward to 2021, he replies with his trademark wit, “Hearing my wife’s voice suffused with love.”

How HPE’s GreenLake provides a hybrid cloud experience for startups