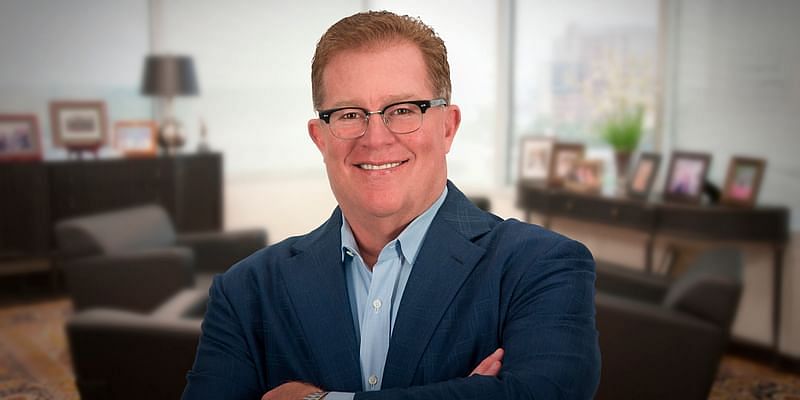 In the early 2000s, Bill F Conner knew one thing that would be very important in the digital world – digital security. Just before the fateful 9/11 incident, Bill, who was the CEO of Entrust, had briefed NATO, and said: “We’ve learnt how to win wars in the air, land, and sea, but the next war will be cyber, and we are ill-equipped.”

Today, as the President and CEO of SonicWall, one of the world’s most trusted network security companies, Bill’s work revolves around cybersecurity and malware. With a career spanning more than 30 years across high-tech industries, Bill is one of the most experienced security, data, and infrastructure executives in the world. He has also worked closely with governments, the White House, the Hill, and the NSA, and has built the federal bridge.

“I also managed to build the first digital passport, and we have done over half the digital passports in the world. We also did national identities and I had to compete with the US government on that,” he says. He also developed a chip with three biometrics for Afghanistan elections in 2007. “This was rewarding personally, he says. I also built an ID card for Interpol, and it was pretty rewarding to work with the Secretary-General,” Bill adds.

From working at AT&T and Bay Networks to building digital identities with Entrust, re-positioning Silent Circle from a consumer privacy company into an Enterprise Privacy Platform (EPP) to leading security at SonicWall, today Bill is a global leader in security, data, and infrastructure.

Even during the pandemic, Bill has been deeply involved in helping governments, municipalities, etc., to uphold the security of the vaccine distribution process.

Hailing from Arkansas, Bill’s love for mathematics and science stemmed from his love for solving problems. He went to the National Youth Science Camp and later joined Princeton University.

“I started working when I was in school and I ran the undergraduate alternative energy lab. This helped me make money to get through school,” he says.

In the late sixties and early seventies, personal computers were still new, and Bill didn’t have one at home. However, Bill was more interested in Nuclear energy and he joined Princeton as it had the Tokamak reactor, the first fusion reactor.

While at Princeton, he realised that he still had a lot to learn. “I always believed there would be someone who will be smarter than me. I enjoyed solving problems, and I really like math and science the most,” says Bill.

In 1981, Bill joined AT&T’s management development programme. He was one of the only two graduates out of 33 to be an engineer.

“It was pretty cut-throat. We were put in at the managerial level and we had to keep proving ourselves. It was a nine-year programme, and every year, a third of the 33 were asked to leave. After three years, I was one of the two remainings,” says Bill. This made him more aware and more successful as an engineer, and also made him think differently, he adds.

Having realised the power of digital early on, he started putting out the first digital fibre optics and digital radios for AT&T in 1981. Later, he started directing Bell Labs on some other next-generation compression technology.

“Back in those days, everything was analogue, and I always believed in digital. As a young engineer, I would keep telling that everything is going to be digital,” says Bill.

Bill also got an opportunity to work with the AT&T president, and that is when he worked on next-generation development as AT&T was under the Federal Communications Commission (FCC) at that time.

“I showed them how to do a unit cost analysis, and it went on to become my thesis at Wharton. My 150-page thesis was on how to go from regulation and right of return base to activity-based accounting and budgeting, and this was picked up by the Wall Street and the company pivoted around that,” he says.

In 1987, Bill graduated from Wharton and went back to AT&T headquarters in New Jersey. This is when he got to deploy the first generation digital private network.

“It was a $100 million contract. Joe Nacchio at AT&T got me into product management and I ran all the long-distance services and private enterprise services. The program was a $5.5 billion income statement, but when I got there, we were losing money and losing market share as well,” explains Bill.

He went back to Bell Labs and said he was just not prepared for slug brain research, and wanted to do some new products.

“I told AT&T you have got one year to give me these products or else I’m going to build my own network because, at this point, we were vertically integrated with Western Electric. While they delivered, it was not what I had asked for. So I asked my team to overlay network where I was going to buy Nortel gear instead of AT&T, as it had all the features that my competition had,” explains Bill.

Needless to say, that went up to the Board as they believed I didn’t understand the value of vertical integration.

Bill was then asked to lead equipment at AT&T. Recollecting his term, he says, “I’ll never forget the first time I walked in there. I got all the union stewards and it was a big luncheon and there were several new people because AT&T realised it needed to turn this factory around. The head of the plant introduced me and said you know nothing about manufacturing, and I looked at him and said that is right and you better up your damn allowance. He started laughing, and from that moment, we became great friends. I realised I was the first person ever to speak to the union.”

Bill joined Nortel in 1991. Paul Stern was the CEO of the company, and they were looking for an overhaul. When Bill joined the company, he ran the enterprise side of Nortel, acquired Bay Networks, and led them into the digital world with the IP stack.

“One of our little nuggets there was security. We were doing a lot of business with China, and one of the issues was keeping our data encrypted and protected,” says Bill.

It was then that they set up Public Key Infrastructure, which was incubated by Bill. It was like a startup with a startup (Entrust), which focussed on software and security.

In 2000, when the dotcom bubble hit, Bill was roped in full-time to run ‘Entrust’. He worked closely with the government.

It was during this time he worked with the White House, the Hill, and built the federal bridge. By November 2005, Bill had taken Entrust private and made their first security acquisition. He also played a role in selling the company for six and a half times its original investment.

From Entrust to SonicWall

After Entrust, Bill joined Silent Circle in the early 2000s, where he worked for the black phone and the Silent Circle encrypted app for voice and data. In the early part of 2000, he joined SonicWall. The company had just started working on machine learning (ML), and their CTO, John Gmuender, was building deep learning back in the 90s.

“Having been doing that since the 90s, we had hundreds of thousands of terabytes of malware artefacts. and one of the things our threat networks, which covers about 1.1 million sensors in over 215 countries and territories around the world,” says Bill.

SonicWall today does a lot of work for the US and UK governments, and some countries in Europe as well.

“Threat data is incredibly valuable in terms of volume content and richness. If you go to the security centre on the website, you can see that data displayed in terms of the type of malware, countries, regions, etc. I got the team to re-architect the products to the cloud, overhaul ingredient technology, and bring it to the current day standards,” says Bill.

One of the things Bill says he is proud of is one of the interventions called a skunkworks team, which is real-time deep memory inspection (RTDMI). While the data is sent to a sandbox, the malware is super sophisticated and is intelligent enough to see if it’s being watched, recorded, or timed.

“We had to take it a step further on a multi-engine level,” says Bill. “Our firewalls are rated one of the best and they say they’re 99 percent effective. That’s pretty good, and at Wharton or Princeton, that’d be an A or A+, but in security, that’s an F — at least in my view. We did this multiple engine sandbox and getting through the first three months, our average one percent represents about 1,700 malware a day per customer. At the end of last year, it was 1,200,” says Bill.

“The malware is getting so sophisticated that traditional techniques are not going to cut it. We believe this is the only technology that can stop it. We know that’s going to be really important as people move to the cloud,” says Bill.

The power of digital in combating COVID-19

Bill’s three-decade-long career has been focussed on digital, and now, with the pandemic, the power of digital has only increased.

“I’ve been deeply involved with higher education, governments, municipalities, and farmers because countries and states are trying to steal the intellectual property (IP) around these therapeutics and vaccines. Now, they’re going into manufacturing, transportation, etc. It’s creating a new cyberattack field that has huge value, not just for ransomware, but more importantly, economic welfare and disruption,” adds Bill.

He says cybercriminals are opening new cyberattack vectors on global deployment and recalibrating their attacks to target the “cold chain” — the supply chain that helps deliver COVID-19 vaccines that need cold temperatures.

“To uphold the security of the distribution process, every enterprise, government, and organisation involved needs to be conscious of their digital interactions,” adds Bill.

Today, while hiring, Bill looks for people who are inquisitive, who want to do something different, and think differently. He says integrity and accountability matters a lot. He also advises young engineers to follow their passion.

“Some people love arts, some love hard engineering, and some like marketing – so just follow your passion. I think the most important thing is if you can find something you can get excited about. I am old but I’m still excited. Just follow your heart and your head will follow. Work hard as there’s always going to be someone smarter, but you know no one can outwork you but yourself. I love what I do. If you can embrace it and get excited about it, you’ll have a great career and a fun time, no matter what you do.”

SaaS start-ups: embedded analytics can help you grow your business