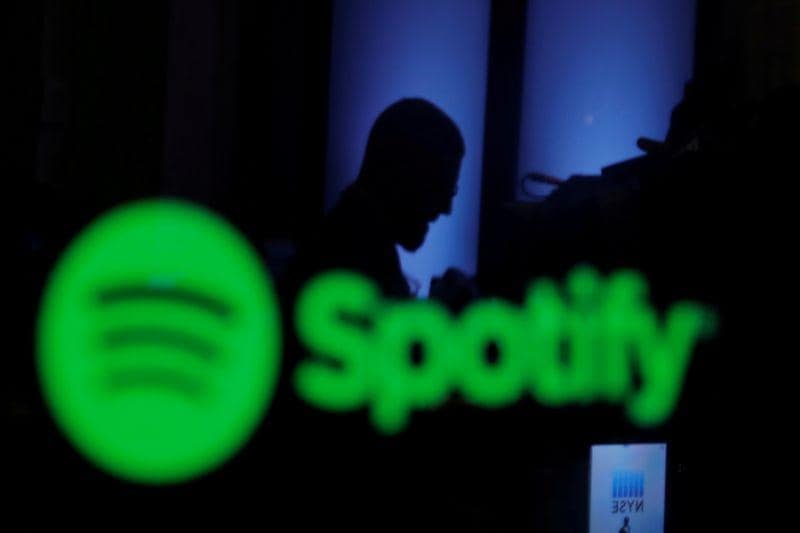 By Supantha Mukherjee and Kenneth Li

STOCKHOLM/NEW YORK (Reuters) – Spotify said on Monday it would nearly double its market presence by launching in 85 new markets in the next few days, making the music streaming service available to more than a billion people around the world.

The company’s shares, which were down in early trading, reversed course to rise as much as 6% to a record high.

The Swedish company, which started its service more than a decade ago, is currently available in 93 countries and has 345 million monthly active users.

While Spotify is the leader in music streaming, entry in new countries across Asia, Africa, Europe and Latin America would significantly increase the gap with its rivals, Apple Music and Amazon Music.

“Together these markets represent more than a billion people, with nearly half of them already using the internet,” said Chief Premium Business Officer Alex Norstrom. “Some of the places we’re going like Bangladesh, Pakistan and Nigeria have the fastest growing internet populations in the world.”

An earlier expansion drive in India, Russia and the Middle East has already brought in millions of subscribers.

While paid subscribers got a boost during the coronavirus pandemic as people locked in their homes opted for its premium service, the company is now looking to boost its advertisement revenue.

In a one and half hour livestream featuring singing by Justin Bieber, Spotify released a host of new features for artists and tools for advertisers for better targeting its millions of users across music and podcasts.

In its efforts to make money from podcasts, Spotify announced the creation of a podcast advertising marketplace where advertisers can buy across a network of original exclusive and independent podcasts and target audiences both on and off Spotify.

It has spent hundreds of millions of dollars to boost its podcast range, which now has more than 2.2 million podcast titles, including “The Michelle Obama Podcast” and one by Prince Harry and his wife, Meghan.

On Monday, Spotify announced a partnership with a AGBO, a company led by Anthony and Joe Russo, creators behind films like “Avengers: Infinity War”, for multiple podcast series. It also signed a deal with Warner Bros and DC for a range of narrative-scripted podcasts.

The first, “Batman Unburied”, will release later this year as part of a set of characters whose stories will be explored via audio, including “Superman”, “Wonder Woman”, “Joker”, and “Catwoman”, among others.

Spotify also launched a new subscription service, Spotify HiFi, with which premium subscribers in select markets will be able to upgrade their sound quality of the songs to “lossless” CD-quality music.

(Reporting by Supantha Mukherjee in Stockholm and Kenneth Li in New York; editing by Jane Merriman and Steve Orlofsky)

The best sports games that can be played on a PS4- Technology News, FP