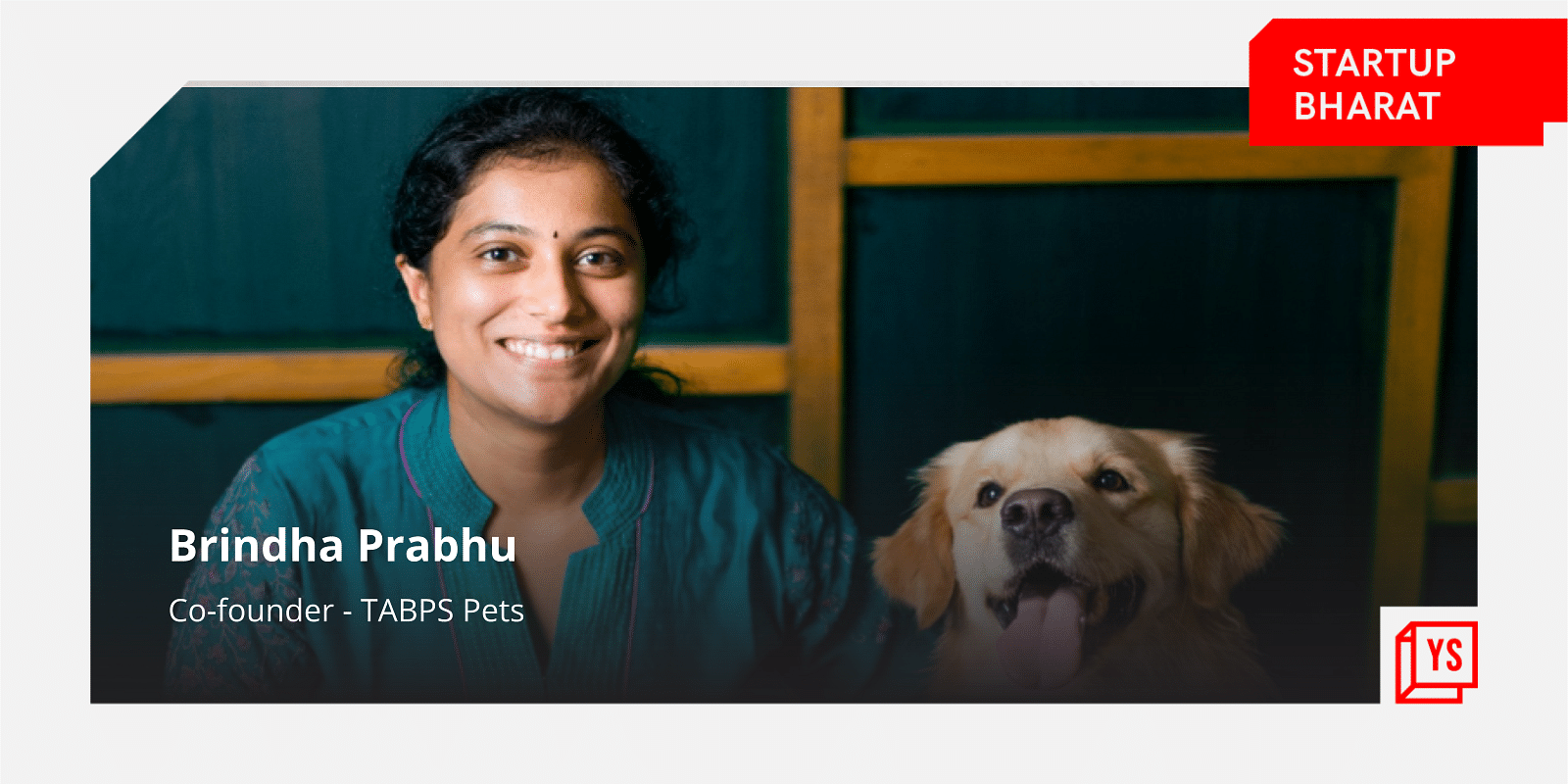 Since childhood, Coimbatore-based couple Prabhu Gandhikumar and Brindha Prabhu were passionate about pets.

In 2012, after they got married, the couple’s friends sought their guidance on the best food practices for their pets.

When doing their research, the duo found several fundamental gaps in the Indian pet food market, especially in the super-premium, imported category.

In 2021, the duo launched TABPS Pets, a Coimbatore-based pet food startup using key ingredients from the Ayurveda. Given their years of research on various pet foods, the couple ventured into the super-premium category to offer dog biscuits under the brand FiloMilo.

Prabhu says most dog biscuit brands available in the market are of low quality and do not provide any nutritional value, adding, “We found that Ayurveda is a great thing for dogs.”

The startup claims these biscuits — available for Rs 350 per kg — provide all the necessary nutrients that can help improve a dog’s skin and hair texture, giving an overall healthy outlook.

“Once these pets started having our biscuits, they stopped eating other brands,” says Prabhu Gandhikumar, Co-founder of TABPS Pets.

FiloMilo also offers products for cats. It has launched two shampoos — made out of neem, hibiscus, and aloe vera, with a Ph level of seven.

He claims, “These shampoos are as good as the ones we use for babies.”

In the last two years, amidst the COVID-19 pandemic, many people adopted pets, creating a huge market for TABPS Pets.

Prabhu says, maintaining a labrador dog would cost households anywhere between Rs 6,000 and Rs 7,000 per month, which is quite an expensive affair for many.

Thus, the couple decided to venture into the value segment under a separate brand called Purple Tail, still in the experimental stage.

Prabhu highlights that the options for veterinarians are largely focused on agriculture livestock, including cows, goats, poultry, etc., while dogs and cats are not paid enough attention.

However, during their interaction with veterinary doctors, the couple realised many suggested the use of ragi as a better ingredient instead of corn and adding protein like chicken and fish in the pet food.

It plans to launch a nutritional powder made from Ayurvedic ingredients that owners can add to their pet’s meals. Prabhu says the early results have been encouraging for the startup.

The Coimbatore-based startup outsources most of its manufacturing requirements.

Presently focusing largely on the requirements of dogs, Prabhu explains that dogs are omnivorous and cats are purely carnivorous, which would require more research on their dietary requirements.

“A dog will generally eat twice a day, but a cat requires food at least 12 times,” he adds.

TABPS Pets has found strong traction in the states of Tamil Nadu and Kerala. Its products are available in over 390 stores across Tamil Nadu, where Prabhu claims the brand sees a strong trend of repeat customers.

Besides offline retail, TABPS Pets sells its products on ecommerce marketplaces like Amazon and through its direct-to-consumer (D2C) channel.

The pet food startup claims to register a 45-50 percent revenue growth every month.

Moreover, it wants to set up its manufacturing plants with international certification standards.

Bootstrapped since its inception, TABPS Pets raised Rs 4 crore in a seed funding round from a group of angel investors earlier this March.

Prabhu believes India has the strong potential to become a leading player in the global pet food market, given the availability of all kinds of ingredients.

“Given the pace at which people are taking up pets, everybody is looking at quality food, and we want to position ourselves as a strong player, providing such diets,” Prabhu signs off.

Tips For Starting Your Own Business